Cairns have prevailed over state rivals Brisbane 73-69 at home, ending a four-game slide in the NBL while keeping their aspirations of a top-four finish alive.

It seemed as though history was to repeat itself as the Taipans (4-8) mustered only 22 second-half points, after powering to 51 points in the opening stanza.

But the struggles were on both sides of the court, with Brisbane (5-10) as erratic and poor in their offensive execution, resulting in a slugfest in the final moments of the game.

Neither team could get a good-looking shot in what was a chaotic final two minutes of play, before Scott Machado, with a game high 17 points, hit a dagger three pointer with 25 seconds remaining to put his team up by five points. 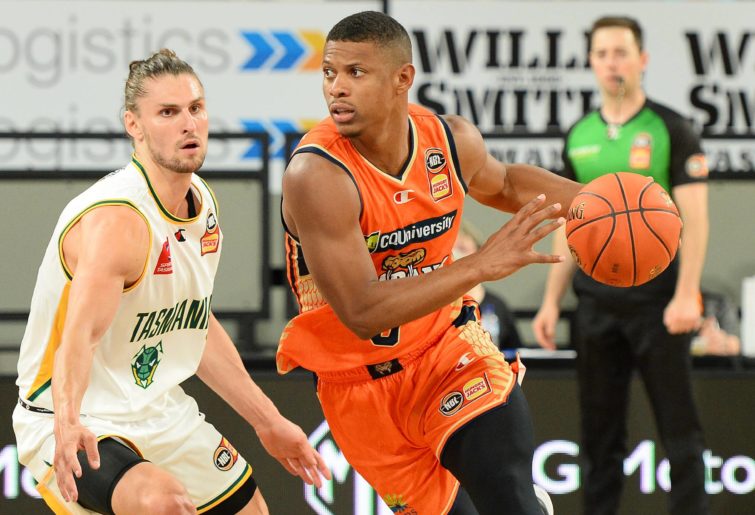 Lamar Patterson answered back with a drive to the hoop, but Cairns advanced the ball from their timeout and Tahjere McCall iced the game from the stripe to hand Brisbane their seventh loss from their past eight outings.

Thursday’s contest was the 70th game of the NBL season and the halfway mark in the 2022 competition, with the Bullets now fading away quickly from any shot at a finals chance.

Coach James Duncan said his team has shown signs of fluidity in their struggles, but selfishness has crept into their game play.

“I feel like there was a little bit of selfish play in tonight’s game for whatever reason,” said Duncan.

“Which it shouldn’t be, because we’re trying to get back on the winning path and the only way we’re going to do that is together as a group, as a team.”

A frustrated team captain Jason Cadee added there are numerous things to fix before his side takes the court again on Saturday against Tasmania.

“Whatever is going on … I don’t know, we just can’t figure it out for a full four quarters at the moment and it shows,” Cadee said.

“We’ve got to do the same thing and just play for one another a bit more.”

The Taipans will also be back in action this weekend when they take on the table-topping Melbourne United at home, a contest coach Adam Forde said will test his side.

“You’re talking about a team that loves to defend and loves to rebound and wants to lock it down defensively as well. So, it’s going to be a real battle of a game.”