Caught in possession: The Tottenham conundrum

Tottenham Hotspur is the Premier League’s most prominent yo-yo club. But they’re not a yo-yo club in the traditional Fulham sense; no, Tottenham are a yo-yo club with regard to their weekly performances.

One week they’re downright brilliant and the best group of players Antonio Conte has worked with, dismantling league leaders Manchester City with precision and pace. The next week they’re a disaster, failing to overcome relegation-threatened Burnley.

There has been no week that has so greatly expressed the bobbing nature of the North London club’s performances than this one. Beating Manchester City: ecstasy. Losing to Burnley: embarrassment. Destroying Leeds United at the weekend: delirious.

What is the root cause of these inconsistencies?

Two wins in their last six results, with four losses in that time. And within these wins and losses there is such a disparity in performance. As mentioned earlier, they blew Leeds and Manchester City away but, by contrast, floundered on all other occasions, especially against Burnley.

What Spurs’ results against Leeds and Manchester City compared to their results against Burnley have effectively taught us is that when Spurs are pressed and asked to break the press they are elite. Mesmerising, even.

But when the tide turns, the football is conceded and they are allowed to dominate possession and field position, they struggle.

Part of this problem is the absence of a truly creative No. 10 who can break down opposition sides with a decisive pass or dribble. Dejan Kulusevski does look like he could shoulder some of the side’s creative burden once he becomes a little more settled to the team and the league.

Every other top side in the Premier League has a player of this ilk. Manchester City have, well, too many to list. Liverpool have Thiago Alcantara, Mohamed Salah and Trent Alexander-Arnold, to name a few. Chelsea have Mason Mount, Mateo Kovacic and Reece James. Manchester United have Bruno Fernandes and even Arsenal have Martin Odegaard, Emile Smith-Rowe and Bukayo Saka.

Spurs are a bit of a unicorn side in this regard. The argument could be made that their equivalent to an attacking midfielder is also their chief goal scorer. Harry Kane has the skill and desire to operate as a deep playmaker and as a pure striker – a No. 9.5 role. 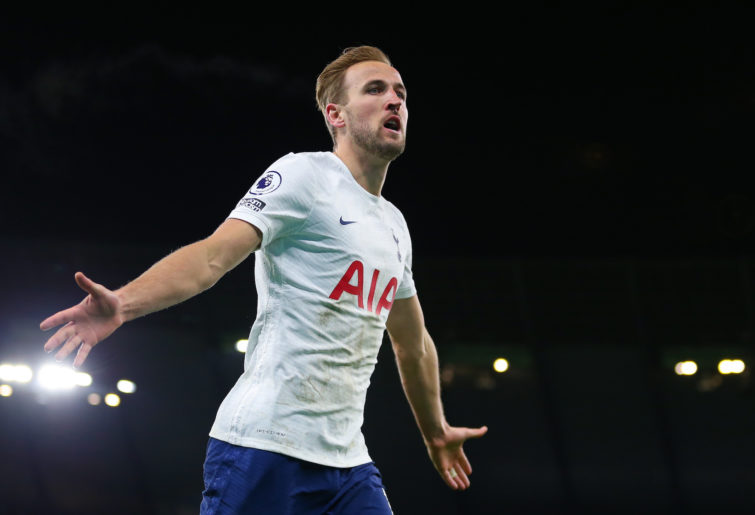 His performance overnight against Leeds best exemplified this. He was able to bag a goal of his own, a sublime volley home from a chipped ball over the top from Pierre-Emile Hojbjerg. This was paired with a beautiful assist to Heung-Min Son for Spurs’ fourth, where he picked the ball up in a deep central midfield position and fired a beautiful long ball in behind for the South Korean to score.

Both goals were beautiful, but it is hard to see them being scored against Burnley.

This brings us back to the simple argument of space and exploitation. When Spurs have space, particularly behind defences, they fly. When not, they flounder.

Burnley would not have conceded the space in behind for either Kane or Son to run into. For this reason they forced Spurs to pivot away from their natural style of play, which revolves around counterattacking and swift ball movement, to a more dominant and patient style of football that just doesn’t appear to be in this side’s repertoire.

Spurs had 50 per cent of the ball against Leeds and just 29 per cent against Manchester City and won both matches. Yet they lost to Burnley (66 per cent) and Wolves (59 per cent). And that is because the forward movement, the movement beyond opposition defenders that is becoming Tottenham’s bread and butter, was just not offered to them.

Instead they were required to be patient and knock the ball about, waiting for a lapse in concentration from their opponent or for one of their attacking players to pull off something sublime, neither of which came.

That is the conundrum for Tottenham. When they have space between the lines and beyond defensive lines for their runners to move into, it’s hard to stop them, as evidenced against Leeds and Manchester City.

But when teams sit deep, invite the pressure and place the onus on Spurs to create the space through their own volition, they struggle. As Spurs searched for an opening that didn’t arrive at Burnley they starved their attackers of possession.

Harry Kane found himself with possession of the football in Burnley’s box a grand total of twice and played more passes (ten) in the middle third of the pitch than in the final third (eight). When your chief goal scorer and creative player is unable to receive the ball, firstly, in the opponent’s box and, secondly, in your own attacking third, it is emblematic of the side’s inability to effectively break down deep-lying opponents.

It may seem disrespectful to polarise a team’s weaknesses when they are coming off the back of a resounding victory, like Spurs are against Leeds, but if Antonio Conte’s comments during the week – the Italian questioned his own managerial capabilities – are anything to go by, there are still major issues at Tottenham that need to be repaired.

Knowing a team’s strengths is important but knowing one’s weaknesses is arguably more important. As ancient Chinese general Sun Tzu said in his fifth-century text Art of War, “Know yourself and you will win all battles”.

If Spurs can understand themselves, know their own deficiencies, particularly against deeper lying opponents, and implement a plan to rectify this inefficacy, they will be on track for winning all their battles, not just some.