The Wrap: Brilliant Hurricanes and Blues show how private equity money should be spent

There’s been a vibe around Super Rugby in New Zealand this year that some commentators would have us believe is a stench. But whatever drives this view – players corralled in a Queenstown bubble, crowds locked out, arguments for and against hurdling, the prospect of yet again having to play inferior Australian opposition or a general malaise around COVID – someone forgot to tell the players.

Saturday’s 33-32 win by the Hurricanes over the Blues will be remembered for a ridiculous finish that saw the Hurricanes score three tries in the final ten minutes – two in the last four – to win. But it was way more than this; this was a match of high quality and positive intent, full of brilliant individual performances and confirmation that reports of the death of Super Rugby have been grossly exaggerated.

In the 27 years since inception SANZAAR and its member national unions have never figured out how to market and promote Super Rugby properly. There were times when it didn’t seem important. Matters took care of themselves, and players like Rupeni Caucaunibuca, Christian Cullen, Joost van der Westhuizen, George Gregan and Quade Cooper, sold the competition off their own backs.

But too often too much brilliance has passed by unnoticed. The Lions of 2016 and 2017 played thrilling, high-quality rugby that should have had young fans in Australia and New Zealand equally scared at the prospect of their own side coming up against them and salivating about the type of game rugby can be.

Instead administrators left a vacuum to be filled by grizzlers grizzling about teams playing in the middle of the night, whiners whining about Australian rugby’s perennial ills, and grave dancers dancing at the prospect of Super Rugby going down the gurgler. 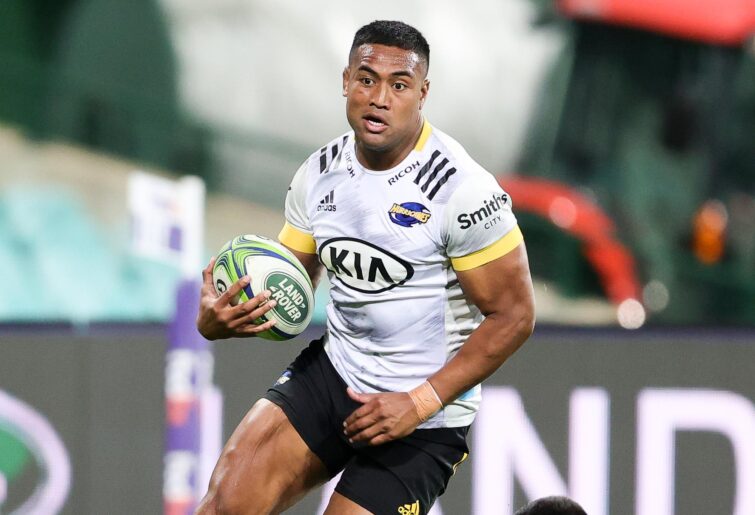 Star players, including World Cup champions, have been allowed to slip in and out of cities largely unnoticed by anyone other than family, expats and the most die-hard rugby supporters because when it comes to marketing and promotion, Super Rugby has remained a professional game largely run by amateurs.

As sure as the sun rises the same thing will happen here. A brilliant match that should be plastered front and centre of anyone who considers themselves to be a rugby fan will pass by largely unnoticed.

This is partly because people are disengaged or are too busy doing something else, but it is mostly because rugby administrators have determined that the promotion of rugby should be left to each national union and each franchise and not be the remit of a central body like SANZAAR.

But while rugby.com.au does a fair job at promoting the Wallabies and Australian rugby and while the various franchises inform and engage with their own fans, who is responsible for marketing the game itself? Selling the stars, selling the beauty of rugby, no matter where the players are from?

It was just high-quality rugby players doing great things – no more, no less – all in front of a few reserves, ball boys and stadium staff. And a few more subscription-paying diehards.

It’s a blight on the custodians of our game that a highlights package of this match wasn’t pushed onto the devices of anyone and everyone with an interest in rugby within minutes of the game ending and with an invitation to keep coming back for more of the same.

Whose job is it to sell Roger? He was thrown in early at the deep end but showed he was born to swim. Yes, he was fended off in the final play of the match, but it’s a long time since any player had such an exciting and impactful Super Rugby debut.

If private equity investment is indeed going to save rugby in this part of the world, how about taking a chunk of it off the plodders and pumping it into the creation of a crack, contemporary marketing team under SANZAAR’s umbrella, granting them full licence to take what is great about rugby and sell it properly to the masses?

It’s not all about New Zealand players either. Friday night’s match, in monsoonal Sydney, was a far better contest than anyone had a right to expect given the conditions. Just enough old-school, blue-red niggle, a healthy dose of positive intent and a grandstand finish kept fans locked in.

On such a drenching night the Waratahs coming away without points to match their early dominance was effectively the signature that marked their own death warrant. Nevertheless, it is clear that giant strides have been made since last year.

Reds coach Brad Thorn was justifiably proud of his undermanned side finally gaining ascendancy late in the match and grafting a win; it’s been a hallmark of his Reds side that they don’t always convince, yet here was a great example of how winning breeds confidence, which in turn breeds winning.

Before the match Michael Cheika’s reputation took a – surprising for many – turn for the better courtesy of his pitch-perfect introduction to Leichhardt Oval.

Picture Phil Gould hyping up State of Origin league before the match but without the hype. Cheika’s thoughtful nod to Balmain Tiger icons Laurie Nichols, Steve Roach, Paul Sironen and Wayne Pearce and the addition of his own experiences of the ground as a fan and player was just the tonic to help overcome the news that Taniela Tupou had withdrawn from the match during the warm-up.

Cheika was also on the winning side of an argument with Stan Sport co-commentator Tim Horan over Force flyhalf Reesjan Pasitoa, with Horan keen to see the 20-year-old priority-drafted into the Wallabies squad.

Solely on the evidence of the opening two rounds, Pasitoa looks the pick of Australia’s young tens. With due recognition to the Force forward pack providing clean, front-foot ball, Pasitoa has straightened the line and provided a fluidity to the Force attack that hasn’t previously been evident.

If he is good enough, he will handle himself well against the New Zealand franchises, cope well on nights when things don’t go his way and will win through. Think about how Harlequins’ Marcus Smith has been coming for a while. Eddie Jones waited until he was ready. As a result, Smith is now not just playing Test matches but deciding them.

Another player with a big push behind him is the Crusaders’ Leicester Fainga’anuku. While a couple of party-trick offloads jumped out of the TV screen, his positioning and execution on defence were highly impressive.

The Highlanders started impressively, but once the Crusaders got their hands on the ball and held it and Sevu Reece took responsibility for sparking things the 34-19 outcome felt inevitable.

The Highlanders stepped up from round one, but even so, the class edge was undeniable. With the Hurricanes and Blues next in line, things don’t get any easier.

The Brumbies had things relatively easy on Saturday afternoon, accommodating the Drua 42-3 in Canberra, no more and no less than what was expected.

A couple of late tries and a few things not falling their way did the Drua no favours. They will need time, but there’s a half-decent side lurking.

Two weeks in is awfully early for any team to have their season perched on a precipice, but that’s how it feels for the Melbourne Rebels, who have found themselves stuck in one of those lack-of-confidence spirals that teams sometimes go through – notably the Chiefs last year – where no matter how much effort is put in, no matter what words are spoken or how well the side trains, little seems to go right.

In situations like that, it is incumbent on the senior players to set the standard through both words and deeds. Reece Hodge missing the corner at close range from the first penalty of the match, giving away the opportunity for an opening try, and Joe Powell, off counterattack ball at the start of the second half, kicking out on the full, set a low bar that was never exceeded save for another impressive cameo from loose forward replacement Tamati Ioane.

Asked about the challenge of restoring confidence and self-belief to his team, coach Kevin Foote suggested afterwards that it was probably time for the coaching staff to make things a little less complex for the players. That’s good timing given that their next opponent is the Drua and how the template provided by the Waratahs and Brumbies to not allow them to play unstructured rugby has paid solid dividends.

That approach is not designed to push the players further into their shells or inhibit them but rather to provide them with a solid, familiar building block. Confidence accrues not from avoiding failure but from success at one task providing positive impetus for success at the next.

That said, a dash of energising X factor wouldn’t go astray right now. Is Marika Koroibete the biggest loss for any Australian franchise this year?

The Force, meanwhile, head home with all the confidence in the world to face the Reds in front of what should be a bumper crowd. Their defence is very well organised and efficient and, if I’m allowed a plug for an old King Country boy – not because he asked nicely but because it’s true – lineout coach Paul Tito really stepped things up on their maul defence this week.

For tipsters, this already feels like a match that could swing on the state of Taniela Tupou’s dodgy back.

To close things this week, it goes without saying that it’s always a sad day when one of the rugby fraternity finds his way into St Peter’s XV, but to lose two important and charismatic players on the same day – both far too young – was almost beyond comprehension.

RIP Inga Tuigamala and Joeli Vidiri. Both players leave behind many outstanding memories.