There's life in the A-Leagues yet, so let's appreciate what we've got

When Mat Leckie drilled home the winner for Melbourne City on Saturday night he reminded an army of online critics of the dangers of writing things off too soon – including the A-Leagues.

Leckie has come in for a torrent of criticism this season from an always-online Twitter class that has often labelled his performances in a City jersey as ineffective.

Some of the criticism has been understandable at times, but some of it has also been fuelled by a type of fan for whom instant gratification is the only acceptable metric.

Leckie, it’s worth remembering, was named the new skipper of the Socceroos in May 2021 only to relinquish the honour before he’d even pulled on the captain’s armband as he and his family struggled to accommodate Australia’s tough COVID restrictions.

He has a German wife and two small children trying to adjust to life in a new city. Is it really a surprise he might not have been the most effective player in the league from the second he touched down? 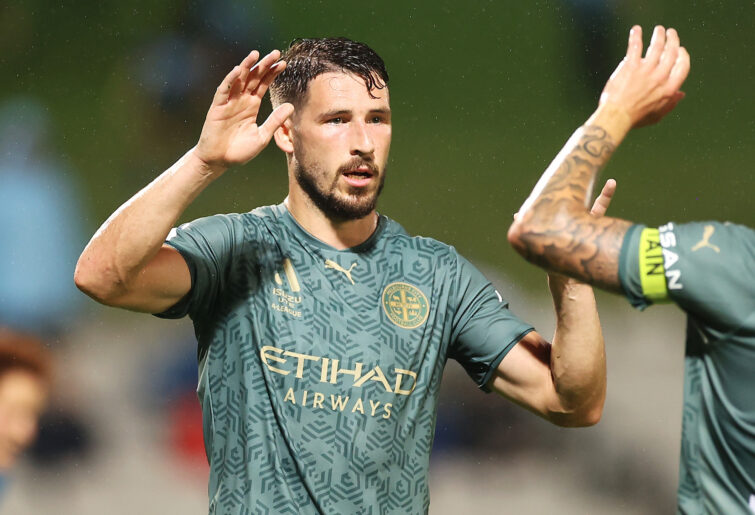 But Melbourne City’s struggles to get the very best out of their expensively assembled squad of individuals are similar to the problem Sydney FC coach Steve Corica currently has.

When Corica replaced a glum-looking Adam Le Fondre with a glum-looking Bobo on Saturday night he highlighted one of the biggest issues with stockpiling talent.

Le Fondre is a born winner who will go down in history as one of the most effective strikers the A-Leagues has ever seen, but it’s safe to say he hasn’t been at his best this season.

Bobo, meanwhile, has maintained his goal every other game average since rejoining the Sky Blues in January 2021, but at 37 years of age Corica is clearly conscious of managing his load.

Neither player looks particularly happy, with Le Fondre visibly annoyed at being replaced by the big Brazilian after just 59 minutes on Saturday night.

But that’s the price to pay when assembling a star-ladened squad. It’ll be interesting to see how Corica uses new recruit Luciano Narsingh for the rest of the season.

Ultimately City’s 2-1 win over Sydney FC was just about deserved on the basis of proceedings under rain-soaked skies in Kogarah, even if the Sky Blues helped them out with some dubious defending.

Paulo Retre’s own goal was unfortunate, but Leckie was unmarked and went unchallenged when he drilled his unerring left-foot strike in off the post in stoppage time to win it in the wet.

The grand final rematch was a gripping affair from start to finish, yet it wasn’t even the most entertaining encounter on the night.

That honour belongs to Adelaide United’s 2-1 win over the Central Coast Mariners, in which visiting goalkeeper Mark Birighitti saved Craig Goodwin’s penalty midway through the first half.

Goodwin’s stop-start run-up is frankly illegal – he’ll claim it isn’t because he keeps dragging his standing foot towards the ball during his stuttering run – but Birighitti called his bluff by guessing the right way anyway.

And the Mariners took the lead when Beni N’Kololo benefited from a superb piece of skill from Jason Cummings, who took the ball down with one touch and played in the youngster to drill his effort into the far corner.

Yet the Reds were all square when Hiroshi Ibusuki pounced to bury a chance of his own shortly after the interval.

Ibusuki is a journeyman if ever there was one, but after three goals in eight games – he’s also missed a penalty – the Japanese striker is yet more proof of the danger of judging players prematurely.

And when 16-year-old Nestory Irankunda smashed home his stoppage-time pile driver he sealed a dramatic come-from-behind win in front of a rapturous Coopers Stadium crowd.

There’s life in the A-Leagues yet.

A few justifiable complaints around broadcasts aside, Saturday night was a timely reminder that the best thing the A-Leagues have going for them is the football on the pitch.