‘Privately stunned’: The behind-the-scenes gripes that place Gustavsson under the pump before Kiwi friendlies

The Matildas are set to take on 2023 World Cup co-hosts New Zealand between 4 April and 12 April in Canberra as preparations continue for next year’s tournament.

The Football Ferns are ranked 22nd in the world and while they won’t be a pushover, there are murmurings among the football community that Tony Gustavsson has chosen an easy option to try and bank some much needed wins for the embattled coach.

However, to be fair to Gustavsson, UEFA have their World Cup qualifiers during this time, so a top-class European opponent was not an option. Twelve of the top 20 nations in the world rankings are from Europe.

However other Asian opponents like Japan, China or Asian Cup conquerors South Korea would have been a tougher test. North Korea isn’t an option with the country shunning international football during the COVID pandemic.

Even Olympic champions Canada were available in this time frame.

But New Zealand are the chosen opponents and the pressure is on Gustavsson to get a result. And contrary to popular belief, they will be a tough nut to crack.

The Football Ferns performed admirably in the recent SheBelieves Cup, drawing 0-0 with the Czech Republic (ranked 24th) and losing 1-0 to Iceland (16th). A poor 5-0 loss to reigning world champions USA in between was the only bad result.

In November last year the Kiwis split a two-match series away to South Korea, going down 2-1 in the first game before winning 2-0 in the second.

With only six wins in 20 games since taking over last year, Gustavsson is at risk of losing his job prior to next year’s much anticipated World Cup. There is also pressure on him to bring in fresh blood against the Football Ferns, leaving him with a major conundrum.

With the Asian Cup quarter-final disaster underlining the lack of variety and new ideas in the team, April would be the perfect opportunity to try something new and experiment with the team. But that is not an easy task for a coach whose job is on the line.

The likes of Jessika Nash, Cortnee Vine, Bryleeh Henry, Remy Siemsen, Winonah Heatley, Jamilla Rankin, Karly Roestbakken, Charlotte Grant, Clare Wheeler, Charlize Rule and Dylan Holmes would all provide some much needed freshness to the squad, but the risk of losing to a team outside the top 20 may be too much to bear for Gustavsson. 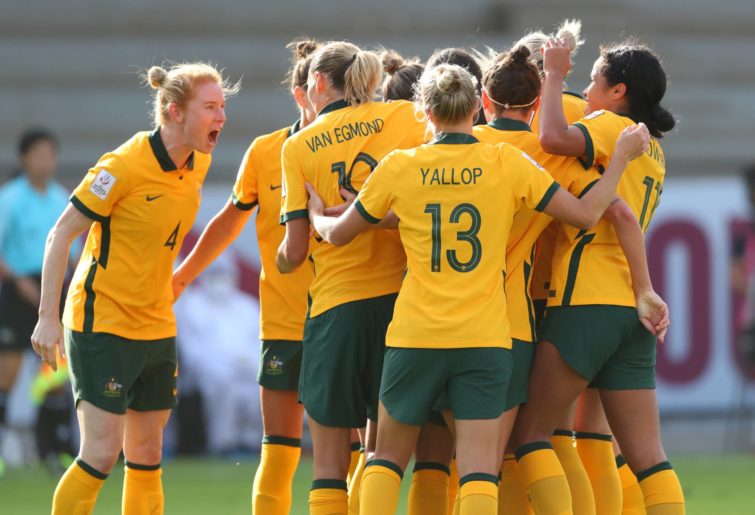 There is also the risk the youngsters don’t perform, which will simply magnify the fact the Swede hasn’t been around as much as he perhaps was expected too, thus impacting their development.

It is well known that Gustavsson’s negotiated contract stipulated that he didn’t have to base himself in Australia until September this year. FA have come under fire for agreeing to such terms.

Mel Andreatta has run things on the ground in Australia while Gustavsson has communicated via Zoom and other technology.

While the argument has been that several Matildas stars are based in Europe, the reality is Gustavsson hasn’t been to watch them that much. He also hasn’t run training camps there. Many of those players are also well established so Gustavsson wouldn’t learn anything new from them anyway.

Andreatta has run camps in Australia for the fringe players, a role that many believe Gustavsson should be fulfilling in person rather than via video.

These younger or inexperienced players should logically have been the target for Gustavsson to focus most of his coaching on. His lack of physical presence during key training cycles doesn’t make any sense.

A number of former Matildas and coaches within Australia are privately stunned at the arrangement, especially considering the remuneration package Gustavsson would be on.

Part of Gustavsson’s legacy was also meant to be to develop local coaches, something that clearly hasn’t happened.

Even more surprisingly, in India at the Asian Cup, Gustavsson chose to bring in fellow Swede Jens Fjellstrom to work with him for the tournament, rather than take an Australian coach. It is understood Fjellstrom is not a permanent part of the Matildas’ staff.

The last time Australia played New Zealand was at the Tokyo Olympic games, with the Matildas winning 2-1.