I predicted a spirited response from Sri Lanka against India, but they proved me so wrong as they stumbled and bumbled to a humiliating innings-and-222-run thrashing at the hands of a dominant neighbour.

The wicket at Mohali appeared to be the dream track for batsmen as the Indians, led by swashbuckling Rishabh Pant (96), Hanuma Vihari (58), Virat Kholi (41), lower-order batsman Ravindra Jadeja (175 not out) and Ravichandran Ashwin (61) bludgeoned a hapless Sri Lanka attack for over a day and a half, amassing 8-574 before letting the exhausted Lankans in to bat.

The Lankans in their stint appeared to be clueless, turning what the Indians previously feasted on into an inexplicable minefield, as they hopped, probed and prodded their way to a measly 174 all out.

How this game had such contrasting outcomes clearly underlined the stark reality that the top team in the Test rankings and the current leaders of the Test Championship in its infancy have a wide chasm between them.

The Sri Lankan batting was as brittle as never seen for a long time. What was even more confusing was that a subcontinental team did not possess skilled batsmen capable of handling spin, a worrying trend in Sri Lankan teams over the past few years. 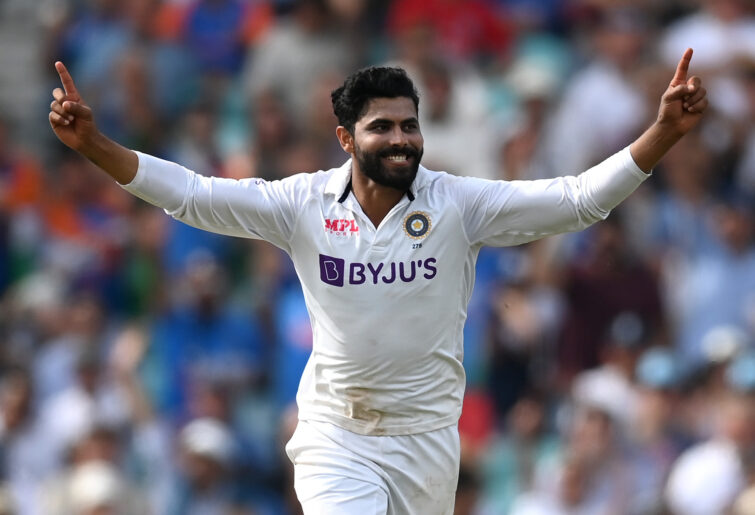 The Indians – realising the weakness of the Sri Lanka batsmen – then added salt to their wounds by toying with them in their second dig, opening with a pace-spin combination, which skittled them out for a similar score.

The ploy was also with the realisation that opener Lahiru Thirimanne has been a bunny of Ravichandran Ashwin in the past.

The man that proved to be a thorn in their flesh was Ravindra Jadeja, who turned in a memorable performance, scoring 175 and grabbing nine wickets to single-handedly impose his dominance on them.

Where to from here is the mountain that looms ahead of them as they try to get the right combinations to avoid further humiliation in the second Test in Bengaluru on March 12.

The worrying aspect is that the experienced batters in the side – skipper Dimuth Karunaratne ranked eight in Tests, veteran Angelo Mathews, Lahiru Thirimanne, and Dhananjaya de Silva – all failed to make worthy contributions and need to lead by example rather than expect newcomers Pathum Nissanka and Charith Asalanka to perform consistently to cover for them.

It was more than a learning curve for the sorry Lankans, who inexplicably undertook the tour of Australia and India without a coach after administrators axed South African Mickey Arthur shortly before they left their shores.

The puzzling decision exposed stand-in coach Rumesh Ratnayke, who will in fairness be excused for insufficient time to prepare a strategy against such formidable opposition.

Sri Lanka has in history been known to lean towards the unconventional. It was a ploy this time that backfired on them badly.

My prediction of a Sri Lanka resurgence from recent performances could well be a far way down the track after the first Test debacle.