Ben Simmons has disappointed a lot of fans, particularly Australian basketball followers, with his actions over the past year but perhaps it’s time to cut him a little slack.

Kevin Durant certainly thinks so, praising Simmons for planning to front up to Philadelphia fans courtside on Friday for the clash with Brooklyn.

The controversial three-time All Star has had his ability, courage and mental health questioned left, right and centre but he is not going to avoid the Sixers stoush even though he knows he will be Public Enemy No.1 in a city that won’t be showing him any brotherly love.

Simmons is still sidelined by a back complaint after being traded from the 76ers to Brooklyn last month following his long-running stand-off with the Philadelphia franchise about not being “mentally prepared” to play for them in the wake of his trade request.

He’s going to sit on the sideline with his new Nets teammates in street clothes for the heated showdown between the Eastern Conference rivals.

Philly fans are known for being tough on home and visiting players alike but they will be rabid when they see Simmons for the first time since his much-scrutinised poor performance in last year’s playoff game-seven loss to Atlanta.

“He’s got to just sit there and just take a bunch of people just being childish and throwing insults his way because he didn’t want to play basketball for them no more,” Durant told reporters as the build-up to the game intensifies. 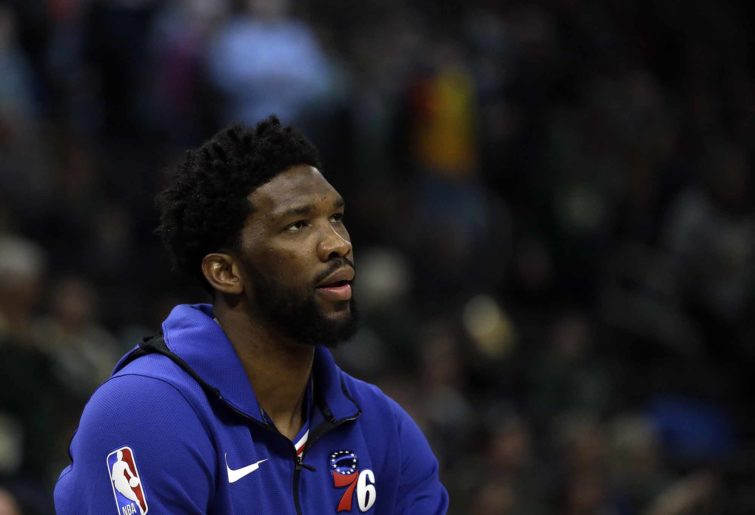 “I mean, the guy’s making $US40 million a year. You could take that for a couple hours, and I’m sure Ben has that approach.”

Durant knows what he’s talking about – he left the Thunder to chase championships with Golden State in 2016 and was taunted as a “cupcake” by Oklahoma City fans in reference to being soft when he returned as a visiting player.

There is also the not insignificant matter of James Harden taking on Nets star Kyrie Irving for the first time since Harden was traded for Simmons. The two guards fell out a little more than a year after the they teamed up with Durant for what should have been the nucleus for a title contending team.

“It was a different situation [at OKC] because I got to play and shut the people up every time I hit a jump shot,” Durant said. “But Ben doesn’t have that opportunity right now.

“It’s going to be loud. I’m sure Philly fans and people watching the game and media think this is somewhat of a budding rivalry. So I imagine it’s going to feel that way.”

Some of the comments directed towards Simmons in recent months have been pathetic – both in the mainstream media and the troll’s paradise of social media.

The underlying narrative that he is using mental health as an excuse to firstly avoid playing for Philadelphia and now so he doesn’t have to play against them is snake’s belly low.

Nobody but Simmons and his closest confidants know the truth. To suggest otherwise is vile.

That’s not to say Simmons has acted well over the past year – his camp has clearly leaked information to certain reporters in the US to paint 76ers coach Doc Rivers and MVP candidate Joel Embiid in a bad light.

And when he finally does get back on court, Simmons needs to show that he can live up to the undoubted potential that was behind Philadelphia selecting him with the No.1 overall pick in the NBA Draft.

That includes evidence that he has improved his substandard free-throw shooting and can actually attempt a jump shot. The reasoning that because he’s a perfectionist and that is why he doesn’t take outside shots is poor excuse. 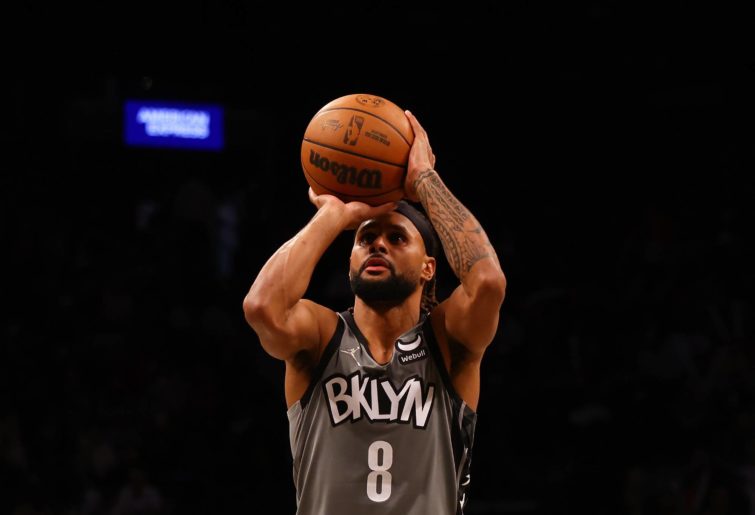 Simmons can be one of the truly elite players in the NBA if he develops even an average jump shot, otherwise his ceiling will be a defensive specialist who can pass and dunk at a high level but will be a liability in crunch time.

Having the great Patty Mills as his Brooklyn teammate can only do wonders for him. If Mills can infuse that Boomers DNA of hard work and no excuses into Simmons, then he could dominate the NBA landscape.

There is still no timeframe on Simmons’ return.

Brooklyn are 33-33 and mired in eighth spot in the Eastern Conference with a 4-6 record in their past 10 outings. Unless they can reel in Cleveland (38-27) in the Nets’ remaining 16 games, they will end up in the play-in zone which all but eliminates their hopes of a late surge to the title with Durant, Simmons, Irving and the support cast cutting a swathe through their rivals.

And Simmons will surely need more than a few games to get back into game shape and integrate into the Brooklyn line-up.

Time is running out for him and the Nets.

Set your alarm, if you’re at work make sure you have NBA League Pass active on your second screen or hidden under the desk so the boss doesn’t catch you. Harden v Irving, Embiid v Durant, the Philly fans v Simmons courtside. It’s gonna be epic.

San Antonio coach Gregg Popovich has the chance to become the most successful NBA coach of all time if his team can jag a win at home against the Jazz. Pop is tied with Don Nelson on 1335 victories after as general manager, he fired coach Bob Hill during the 1996-97 season and took over.

Two superstars with contrasting styles going head to head when Giannis Antetokounmpo leads Milwauke into battle against Steph Curry’s up-and-down Golden State side which could do with a win against one of the title contenders.