A familiar face resurfaces at Haas

The upheaval caused by Russia’s invasion of Ukraine, which last week ended Nikita Mazepin’s Formula One tenure, has resulted in the return of a surprising if not extremely familiar face at Haas.

Kevin Magnussen has been announced as the Russian’s replacement, having previously raced for the outfit between 2017 and 2020.

He trumped Haas reserve driver Pietro Fittipaldi and others, including Alfa Romeo refugee and Ferrari reserve Antonio Giovinazzi and Nico Hulkenberg, to secure the berth in a reported multi-year agreement.

Haas team principal Guenther Steiner shared an occasionally hostile relationship with Magnussen, which was infamously depicted in the Netflix series Drive to Survive.

Steiner remarked: “when looking for a driver who could bring value to the team, not to mention a wealth… of experience, Kevin was a straightforward decision for us”.

Magnussen said of the revelation, “I was obviously very surprised but equally very excited to receive the call”, adding that “the opportunity to return… and with a team I know extremely well, was simply too appealing.” 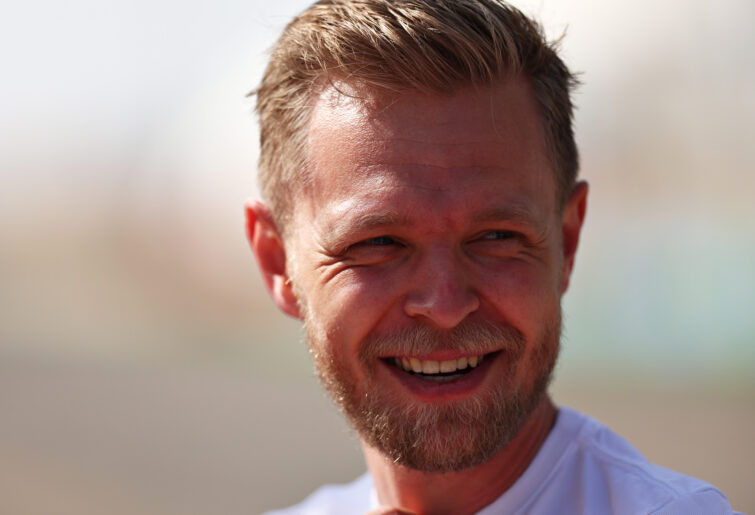 The news arrived hours before the final pre-season test was due to commence in Bahrain on Thursday, and little over a week prior to the season opening event at the same location.

Haas, which ran on the final day of last month’s informal Barcelona ‘shakedown’ test in a predominantly white livery, will miss the opening morning of running at Bahrain due to logistical issues encountered by sanctions imposed on Russia associated with the conflict.

Fittipaldi will drive the car in the afternoon session, before Magnussen and the incumbent Mick Schumacher take over for the final two days of running.

Magnussen’s presence will provide an unexpected and welcome injection of maturity to the operation, which languished in 2021 with two rookies and almost all resources diverted to the imminent season. It ushers in a new era for the sport under new aerodynamic regulations.

Despite the 29-year-old’s fiery temperament, Magnussen possesses the requisite aggression to extract the most from the car, which is a significant step forward based on Barcelona times.

Magnussen will provide an invaluable reference point to Schumacher, who displayed flashes of brilliance last season, while requiring several more seasons to live up to the hype generated by his famous surname.

His resurrection also comes at a time when Michael Andretti is gearing up to enter the sport with his own American team in the next two years, following a failed acquisition bid for Alfa Romeo/Sauber last season and having expressed a keen interest in purchasing Haas in the wake of the Russian situation.

The stability offered by a stable set of hands, notwithstanding the loss of capital that predicated Mazepin’s standing, is likelier to solidify the team’s long-term future from a competitive sense, after founder Gene Haas expressed indifference towards the project in recent times.

Having claimed second place on his debut in Australia for McLaren in 2014, Magnussen’s solitary podium to date, this isn’t the first time that the Dane has earned a reprieve.

After being cast aside by McLaren in 2015, he was an 11th hour replacement for Pastor Maldonado at Renault in 2016, and despite a forgettable season in an underdeveloped car, it opened the door to his lengthy and now renewed tenure at Haas the following year.

Though Mazepin was ultimately a victim of the political landscape, his departure from the grid is an objective victory for the sport in facilitating the return of a personality with undeniable talent in Magnussen.

Anticipation for the forthcoming season is almost unprecedented in the wake of an unforgettable 2021, which concluded acrimoniously in Abu Dhabi.

Next month’s Australian Grand Prix last week sold out of race-day tickets ahead of its first race since 2019, a stark contrast to the surreal scenes in 2020, when the event’s cancellation hours before Friday practice’s commencement effectively heralded the onset of the COVID-19 pandemic from a global perspective.

With the identity of Mazepin’s successor unveiled, the only remaining variable is which circuit, if any, will replace the cancelled Russian Grand Prix, originally set for late September.