A 12-game winning streak became 13 with the Aussie women dominating the White Ferns, beating them by 141 runs in front of their home crowd.

It was a game to remember for Megan Schutt in particular, who celebrated her 150th match in green and gold across all formats. And what a way to celebrate.

Here are some of the talking points from Australia’s dominant display.

Depth in Australian team leads to shock selections
When it comes to the professionalisation of women’s sport, Australian cricket continues to be a leader.

Not only are the Australian women’s cricket team full-time professional athletes, but competitions like the WNCL and WBBL mean that the next crop of Australian talent gets the chance to compete against some of the best international cricketers in the world.

The benefit of all this? Depth. 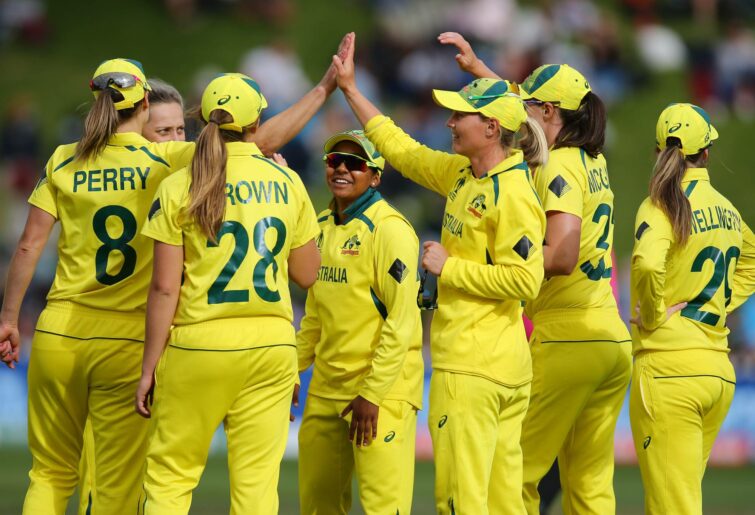 I certainly don’t envy the Australian selectors who seem to be making tough decisions ahead of every game in this World Cup and ahead of the game against New Zealand there were more shock omissions.

Jess Jonassen is the world’s No.1 bowler in the 50-over format and was omitted from the team along with Annabel Sutherland and Nicola Carey. Amanda-Jade Wellington retained her spot and Darcie Brown, Tahlia McGrath and Ashleigh Gardner returned.

To think that a bowler like Jonassen can be rested and Australia can still dominate a team including some of the best batters in the world is quite incredible, especially when you remember that Tayla Vlaeminck, Sophie Molineux and Georgia Wareham are also missing due to injury.

This World Cup might be a changing of the guard, with players like Brown and McGrath taking their opportunities.

One thing is for sure: the future of Australian women’s cricket is in safe hands and I certainly don’t envy the decisions that the selectors have to make.

Amazing Ashleigh Gardner
Gardner was only released from isolation in Christchurch on Saturday morning after testing positive to COVID-19 on the eve of the tournament.

One of the questions in sport has been about the impact of long COVID but in her return, Gardner did not skip a beat.

Gardner scored an unbeaten 48 off just 18 balls, which put Australia in a strong position, finishing their innings at 8-269.

Gardner was recently given the Belinda Clark Award, crowning her as the best Australian female player for the last 12 months. She became the first Indigenous player to win the award.

The exceptional form she displayed over the summer continued in this game with a strike rate of 266.66, the highest ever in a women’s ODI for a score over 30. 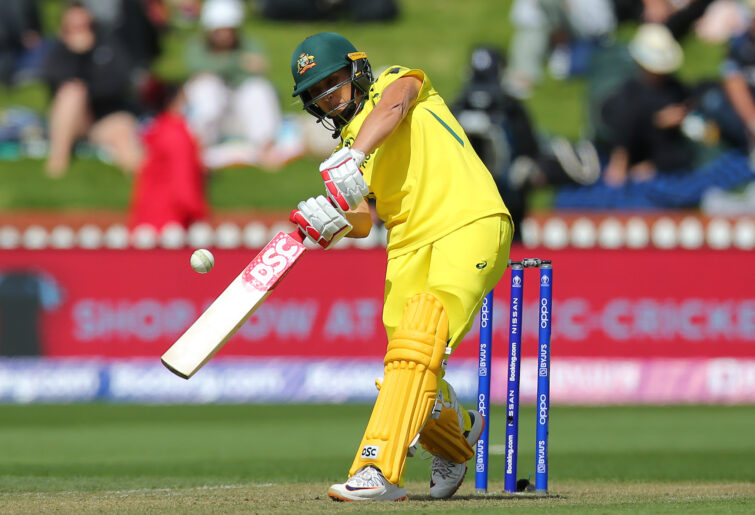 Once again, Australia showed off the depth in their batting line-up. Australia were sitting at 4-114 after 30 overs after losing the key wickets of Rachael Haynes, Alyssa Healy and Meg Lanning cheaply.

But no matter, it was thanks to the efforts of Gardner, Ellyse Perry (68) and Tahlia McGrath (57) that Australia managed such a solid total.

Destructive Darcie Brown
With a score of 269, Australia’s bowlers went to work, led by the pace of Brown. Brown finished on 3-22, playing a role in the dismissal of Suzie Bates, Amelia Kerr and Frances Mackay.

In fact, New Zealand’s most dominant batters Sophie Devine, Amelia Kerr and Bates were all dismissed in just 7.3 overs.

Wellington and Gardner supported Brown with two wickets each, with Perry, McGrath and Schutt each taking one.

Imagine being so successful with ball in hand that Schutt is not given the ball until the 17th over.

Alana King, who has been the leading wicket taker for Australia in this tournament so far, did not even get an opportunity to bowl after Australia bowled out the White Ferns in just 30.2 overs.

Can New Zealand fight back
At the moment, New Zealand are ranked fourth in the tournament with big games coming up against South Africa and England. These games become almost must win if New Zealand want to retain fourth spot and continue on to the finals.

Their performances so far have reminded me a bit of Australia in their home ICC T20 Women’s World Cup when after losing their first game to India, the Australian women looked a little wobbly.

I wonder whether the pressure of a home tournament has got to New Zealand and whether they will be able to fight back. Fortunately, with a team that includes the likes of Kerr, Devine and Bates, no team will be writing them off any time soon.

With that win though, Australia sit two points clear of India at the top of the rankings.

Australia’s next game is on Tuesday against the West Indies, who are currently ranked fifth with two wins.