All killer, no filler
The rejigged format meant first and second did battle. The stakes were high: the winner was straight through to the grand final, the loser would have to take the long way round to get to the decider.

Even on paper, this contest looked set to deliver. All season, Sydney FC lost only once, coming at the hands of Melbourne City. City, for their part, navigated the loss of Matildas and Football Ferns to clearly emerge as the second-best team in the competition.

City were on track to cause a major boilover when they took a 2-0 lead just before the hour mark. While Sydney had plenty of chances, the visitors were able to capitalise on theirs with Kiwi international Hannah Wilkinson netting a double.

With Rebekah Stott once again controlling the middle of the park and City’s back five able to account for Sydney’s numerous threats, Rado Vidosic’s side looked set.

The real turning points of this match were the substitutions made by both sides. Vidosic removed Stott and Kaitlyn Torpey – who had emerged in recent weeks as a more than capable wide attacking threat – in the 71st and 65th minutes. They were replaced by Meisha Westland and Marisa van der Meer – players who have tasted some minutes across the season, but nothing too substantial.

On the opposite bench, Ante Juric was able to inject both Cortnee Vine and Maria Jose Rojas to replace Paige Satchell and Remy Siemsen in the second half. The level of depth and experience Sydney were able to bring on would prove instrumental.

Vine scored Sydney’s first off the back of a barnstorming run from Ally Green. The rest of the match was characterised by mountains of pressure from wave after wave of Sydney attack, interspersed with City errors.

While long balls over the top to try and exploit the space in behind aren’t always effective, City appeared shaky when this was deployed. And in one of these scenarios, Tyla-Jay Vlajnic appeared to clip Vine as she latched on to a long ball and was sent off.

In the first minute of injury time Rojas was able to put the ball beyond Barbieri to force the game to extra time.
A similar long-ball created another City error. Barbieri once again decided to come out of her and was this time adjudged to have handled the ball, reducing City to nine. 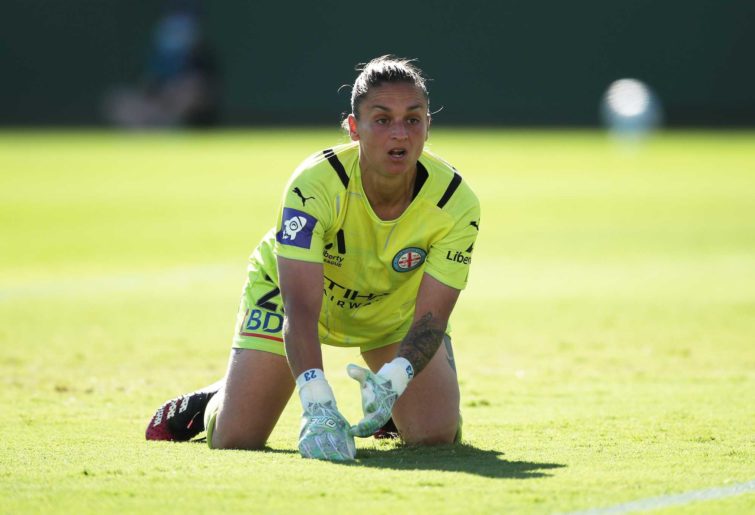 With momentum and the numerical advantage, Sydney went on. Sarah Hunter’s header and another Vine goal completed the turnaround.

Until this point, Sydney hadn’t faced too much in game adversity. That their response to being 2-0 down was to come out even stronger and with more firepower is yet another warning to the rest of the competition.

What a difference nine days makes
When Adelaide United and Melbourne Victory met only two weeks ago in the Pride game, Victory looked sluggish and tired; a reasonable display in what was their seventh game in 23 days.

The Reds on the other hand were full of pep, buoyed by the occasion, and cruised to a 3-0 win. It was a far cry from the 5-1 hammering that suffered at the hands of Victory in the opening round.

So it was difficult to read how these two sides would fare.

The weather would ultimately play a role in how the contest unfolded, with the 32 degree temperature and 3:35pm kick-off ensuring the tempo and intensity did not match the status of the elimination final.

Victory’s ability to draw in Adelaide’s defence and utilise the space the left behind proved effective twice with Lia Privitelli scoring the opener and assisting the second from her position out on the wing.

In a lot of ways, Adelaide can look to their opponents as a blueprint for what needs to be done.

Before Victory’s championship last year, they lost two consecutive semi-finals. But a Victorian core complemented by players from interstate and overseas eventually built up finals experience and turned into a winning team.

The Reds have that similar local core as well as the talent from beyond South Australia. Now, they have a semi-final under their belts. If the squad is able to stay together and only grow and improve from this, this won’t be the last time we see Adrian Stenta’s side in finals.

Melbourne derby
Despite Melbourne City’s history of dominance, their encounters with Victory haven’t always been one-sided.

If compared to the Sydney derby which Sydney has totally and completely controlled, the Melbourne edition has had a thrilling variety of results with both sides earning big wins and suffering crushing defeats.

It is this history of evenness that holds the match in good stead as the duo prepare to battle it out for a spot in the grand final.

The first two Melbourne derbies of the season were played within the opening month, a quirk of the draw and the initial conference-style fixture used to overcome the remnants of lockdowns and harsh border restrictions.

This contest will have its own quirks. City will need to continue to attack without Holly McNamara but will also need replacements for Tyla-Jay Vlajnic and Melissa Barbieri who were sent off against Sydney.

Chelsea Blissett and Sally James seem the obvious replacements but it could prove to be quite a steep learning for the duo who have played limited minutes all season.

Victory meanwhile are enjoying the return of Melina Ayres to full fitness and to the scoresheet – she was the architect behind Victory’s winner against Adelaide – and can also count on Kyra Cooney-Cross to be available once again after she was suspended for the elimination final.

City’s back five will need to be on its toes to contain the attacking threats Victory possess. Similarly, the central spine of Rebekah Stott, Rhianna Pollicina, and Hannah Wilkinson will require the best from Victory’s midfielders and defence in order to keep them quiet.

One thing is for certain, the first ever Melbourne derby in the ALW finals is set to be box office.