Despite the fact that very few people made their way to all bar one of the venues hosting Match Week 19 A-League Men fixtures, the results of the weekend just passed have set up a compelling finish to the season, with 11 teams still in the hunt for finals action.

Just over 18,000 fans made the trek to AAMI Park for the 1-1 draw between Victory and City, yet elsewhere, attendance figures were frightfully horrific.

Even after a 2-1 win on the road against the Reds at Coopers Stadium last Wednesday, Western Sydney Wanderers pulled just 5077 at CommBank Stadium for the rematch on Sunday.

A paltry 3269 turned up to Netstrata Jubilee for what was a potential finals preview between Sydney FC and Western United, whilst crowds at HBF Park and McDonald Jones Stadium were also under 5000.

With new rugby league, union and AFL seasons fully underway and fans back in stadiums across most of the country, the delusional views of those preferential towards a shift in seasons for Australia’s domestic football competitions should be torpedoed by the current and alarming attendance figures.

At this time of year, A-League football is swamped and thus lost to many who may turn up to matches in summer but not when their preferred code returns to competition. 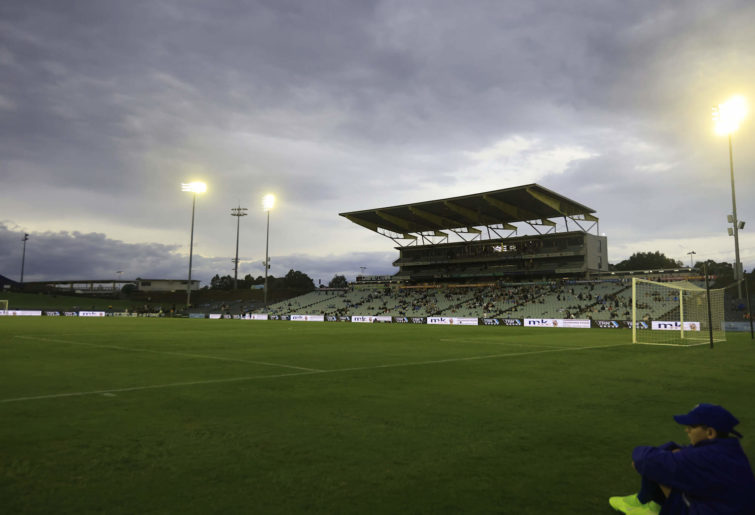 In spite of the disappointing crowd metric, there were goals aplenty, a few surprising results and the post-script to the weekend features plenty of chatter around a now congested A-League ladder.

Brisbane Roar’s 4-1 trouncing of the Glory in Perth has pulled them to within two wins of the top six; with games in hand on numerous teams ahead of them. What may have seemed near impossible for the men in orange a month ago, now looks doable. Challenging, but doable.

Similarly, Newcastle’s 4-0 thrashing of a Phoenix team missing a few key parts has kept them clinging to the fringes of the six. After three wins in February, the ‘rocks or diamonds’ Jets keep banging in goals and letting far too many in at the other end. Should they manage to tip that scale in their favour ever so slightly over the final third of the season, Newcastle will likely make the finals.

Just ahead of the Jets and on 19 points are the Western Sydney Wanderers, slowing creeping into contention after two wins and a draw thus far in March, with the team looking better under Mark Rudan yet still far from the finished article.

The ‘little engine that could’ Central Coast Mariners are rediscovering early season form and also enjoyed a thumping win in their most recent fixture. The 4-2 triumph over a stumbling Macarthur FC on Saturday night was compelling, with Nick Montgomery’s men appearing to have overcome the hectic scheduling of the mid-season period, as well as COVID problems and they currently stand unbeaten in March.

The Mariners’ clash with the Reds in Gosford this Saturday could well tighten things up even further on the ladder and the neutrals will be hoping for exactly that.

After two consecutive losses, Wellington’s grip on a finals position has loosened and Sydney FC may have played the odd match or two more than most, yet have now positioned themselves well for the run home.

March began poorly for Steve Corica’s team, but two recent sets of three points and a thumping 3-0 win over the impressive Western United now has the Sky Blues moving into contention and up against the Jets in Newcastle this Friday.

There appears no certainty as to how the final standings will look in late April after the final flurry of matches. Even Melbourne City’s claims on a top-two spot could be false considering their inability to put teams away when leading and current second placed Western United have won just once in March and now face tough tests against the Victory and Brisbane away from home and across just four days to end the month.

Frankly, it looks like something of a crapshoot and more is the pity that people are staying away in ever-increasing numbers. The football being played is dramatic and as is reflected in the current ladder situation, as highly competitive as we have seen for some time.

However, and as usual, it is a real shame that the league has not been able to convince enough people of those realities and draw them through the gates to actually watch the product on show.

Football is not the only code battling with attendances, yet some of the numbers from the weekend just passed were as scary as they have ever been.