McDonell credits her parents for encouraging her to try a variety of different things, so not only did she grow up playing lots of sports including basketball and rugby union, but she was also involved in performing arts and did a spelling bee or two as well.

But when McDonell stepped onto the netball court, she knew she had found her sport.

“Mum put me into netball when I was eight and I fell in love with is straight away,” McDonell said.

“I played goal defence and I don’t think I have moved from those defensive positions since then.

“The netball community really took me in and no matter which team or level I’ve played at, it’s been my home.

“Netball is where I feel the most me.”

Unlike other sports, where female athletes have only risen to prominence in the last decade, McDonell idolised plenty of netballers growing up.

“She is an inspiration; an amazing defender, intelligent, funny and just a great person who really cares about others.

“I went to a lot of her clinics growing up.

“I also really loved Julie Colletto, who was such a hard-working player for the Diamonds.”

When I ask McDonell about her idols, I’m wondering whether she will say Sharni Norder. When I watch McDonell play, I see a lot of Norder in her; particularly in how comfortable she is in being herself. But perhaps, this is just the evolution of the female athlete with fans now being given the opportunity to get to know the athlete in the sporting arena and away from it, too.

“At the Giants, I am not afraid to be who I am and I’m not being told to play in a certain way either; I’ve been given the space to be who I want to be,” said McDonnell.

“I think that’s part of the beauty of our team in that we all come from different walks of life and we are all at different stages in our life, but when we come together it’s like the ingredients of a beautiful cake.

“The different ingredients create something awesome and I just feel so lucky that I feel comfortable enough to be myself.”

Whilst McDonnell had idols of her own growing up, she is now inspiring the next generation of netballers to not only excel on the court, but away from it too.

McDonnell is studying Law/Psychology and is hoping to have her degree completed by 2024. Just like her parents encouraged her try a variety of different things growing up, they also pushed her to ensure that her sporting commitments didn’t result in her education taking second place. 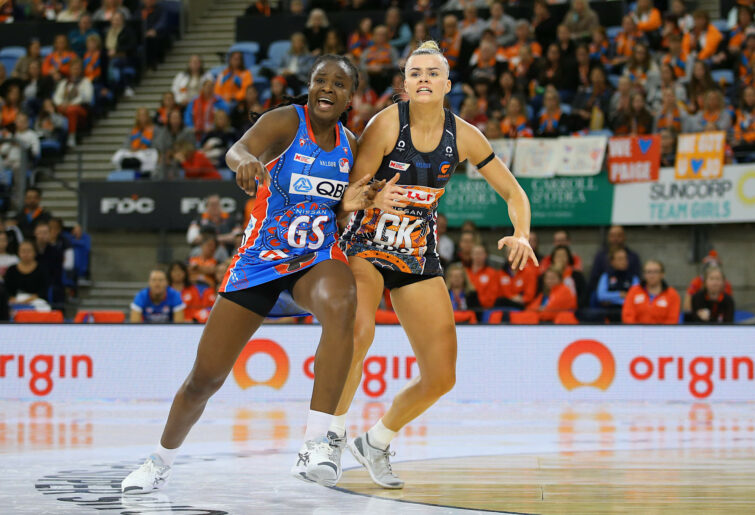 “My mum has always told me that sport doesn’t last forever and she has always made sure that my education came first,” said McDonnell.

“She wants me to succeed in netball, but she has always wanted me to focus on my education, too.

“I want to have a life after netball and while that is hopefully a while away there is no harm in getting started on the plan now.”

McDonnell understands that she benefits from the work that trailblazing women in netball did before her and she hopes that her degree can give her the opportunity to continue to push for equality for women in sport.

“So much exceptional work has been done in netball as one of the leading sports for women in Australia.

“But I think we can go further and keep pushing until we are equal. I want to be part of that.”

For the moment, though, McDonnell is focused on finishing university and this Super Netball season.

It’s been a tough week for the Giants. After a committed victory in Round 1 against cross-town rivals the NSW Swifts, the Giants find themselves challenged in their next fixture against the Adelaide Thunderbirds with six players unavailable after testing positive for COVID.

The club’s application to reschedule the match was declined and now they will need to work with the COVID supplementary player list from the other teams and states.

But this is a team that has faced adversity before, particularly last year through the second COVID lockdown.

In a way, McDonnell thinks that these obstacles give the team the chance to rise to the challenge.

“Last year, along with the Swifts, we were probably the team that faced the most adversity, but it provided us a great opportunity to have honest conversations with each other and get closer off the court,” said McDonnell.

“We are all best mates and we love each other.

“Sometimes when you are put in that challenging environment, you face adversity together, grow from it and then it helps makes you stronger on the court.”