McDonald, speaking to reporters from Pakistan, was asked if Finch faced a make or break tour of Sri Lanka, with poor performances potentially costing him the leadership of the World Cup team – a suggestion McDonald batted away.

From my end there’s no conversationn around the fact that he won’t be there,” said McDonald

“His form can ebb and flow. His ability to work through these patches has been significant in his career.

“We had the dame conversation about David Warner leading into the T20 World Cup last time.

“Do we think [Finch’s] still good enough to play at this level? 100 percent yes, that’s as simple as it gets for us and we’re building a team around him as captain.”

Finch has had three ducks, including in his two most recent knocks, five single figure scores and a top score of 35 from his past 11 international innings.

“Obviously, my performance hasn’t been up to scratch, there’s no doubting that. It’s frustrating,” Finch said after the nine wicket loss in the final ODI against Pakistan.

But McDonald said Finch was good enough to make the necessary adjustments to his game. 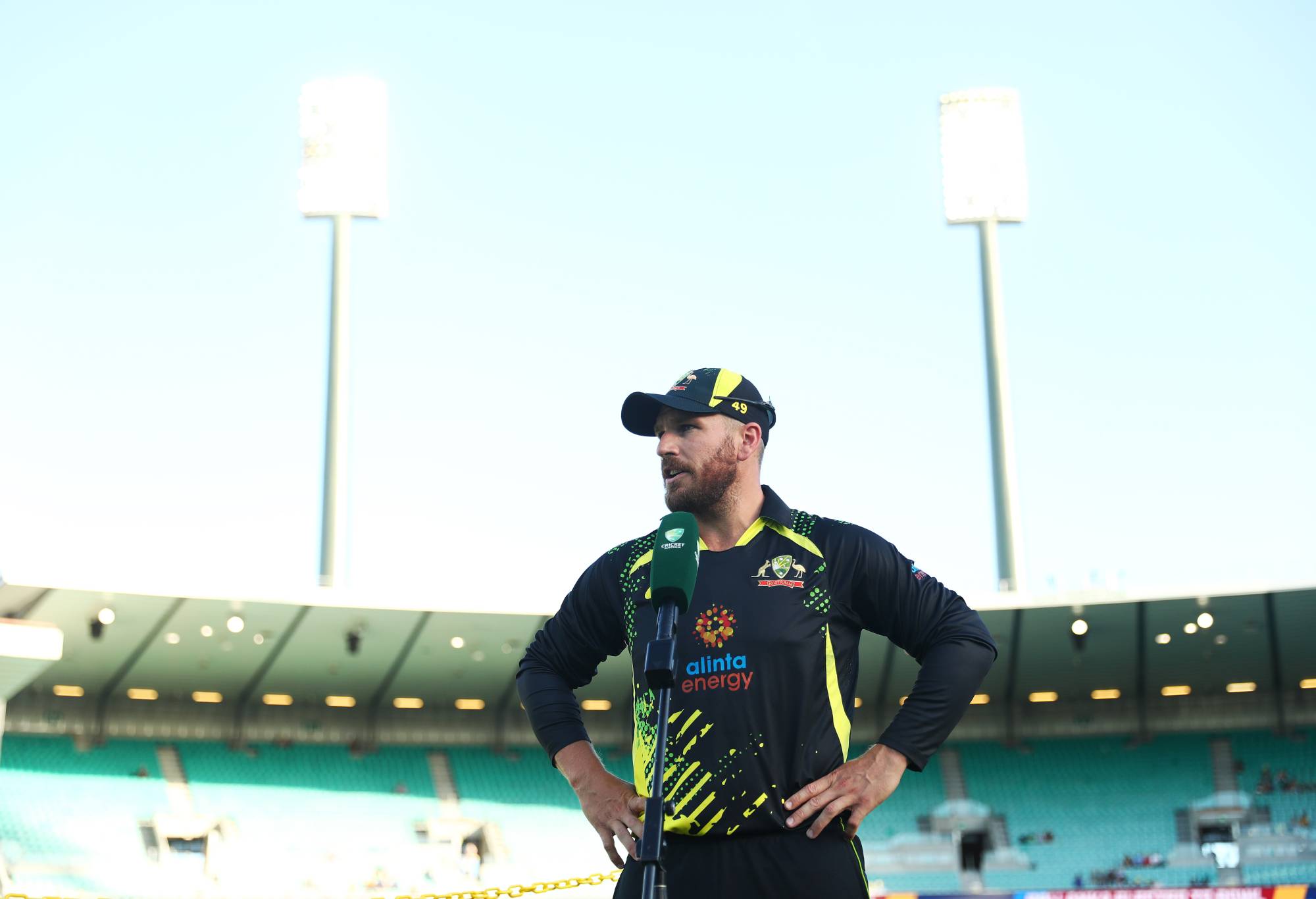 “He’s disappointed with his current form, there’s no doubt about that it and it plays out on the big stage,” said McDonald.

“Currently he’s not moving the way he wants to move in terms of his mechanics and I’m sure the commentators and those watching have critiqued that.

“That’s something we probably need to rectify and we’re working on at training.

“We’ve been down this path before – sometimes he can get his legs crossed over and get a little too much weight on that left leg. It’s not an uncommon thing and hopefully he can work through it. It’s something he’s been able to work through before and we’re really confident he’s work through it as his career continues.”

Meanwhile McDonald revealed he has had preliminary conversations with Cricket Australia about the head coaching role he has held on an interim basis since the removal of Justin Langer after the Ashes.

Winning a Test series in Pakistan shouldn’t hurt his cause, but McDonald’s pubic comments held plenty of restraint.

“The congested Test series didn’t allow that [before] but with a few more gaps with this one day series I’ve had the opportunity to speak to Cricket Australia,” McDonald said.

“Whether that then becomes a follow up conversation we’ll wait and see. It will be pretty much like the other people that have no doubt spoken to Cricket Australia as well. Within that there was no great detail or clarity about what the role would look like, so that’s probably something that will be built in the next few steps however many steps there are to the process.

Asked if he wanted the job, McDonald replied: “Ha, as I said before it depends what it looks like, how Cricket Australia see the job unfolding and probably get more clarity on that moving forward.”

He was also asked if he could describe how the job should look to the new coach.

“If I don’t have the job or do have the job – that’s for something down the track. I don’t want to weigh into it while the process is going on.”

So far he has found the role to be ” an incredibly enjoyable experience.

“We would have liked the Test series to have unfolded a little quicker than it did but to win that on the 15th day over three Test matches was an incredible achievement by the players and as a coaching staff we were delighted be part of that.

“If you talk to most head coaches it takes on a similar path in most environments, albeit that this one is probably more heavily scrutinised so that’s the main difference.”