Ten times Australia were torn over whether to sack the captain

His recent lack of form in Pakistan is dragging up a lot of ‘Mr Colac hasn’t played well recently’ stats. Finch did well in the last T20 but there was been a steady decline over the past 18 months, which isn’t great for our white-ball captain, especially coming in to a World Cup.

What do we do?

Show the faith and risk defeat?

Can history give us any guide? What happens when ‘sack the captain’ vibes get out of control?

Let’s took at ten cases from our history.

1. Aaron Finch
Wanting to drop Finch as captain isn’t new. In the build-up to the 2019 World Cup he had a rotten string of form, memorably captured in Amazon’s documentary The Test.

There were awkward situations all around until Finch finally came good in an ODI series against India and he was able to lead Australia to the ODI World Cup semi-finals (not a bad result), and then on to our T20 World Cup championship.

Would sacking Finch have meant we won that ODI World Cup? Ah, look, probably not – our main issue in that comp was the middle order. We didn’t have a back-up for Maxwell.

As for now, Finch has earned some credits.

There’s no law saying we can’t drop him mid-tournament if he doesn’t perform, though.

2. Mark Taylor
Remember Taylor’s shocking run of form in 1996-97 – 21 innings without a 50 – which resulted in people calling for him to be dropped?

That was led by Greg Chappell, a big believer in getting people to quit the captaincy unless it’s him.

Taylor saved his skin with a century in the 1997 Ashes and managed to retire on his own terms.

Looking back, in hindsight, the issue was Taylor struggled as a batter when he wasn’t opening with Geoff Marsh or Michael Slater.

Look at his record – when he was alongside David Boon, Matthew Hayden and Matthew Elliott he did considerably less well. It’s something to think about for (some) openers.

Anyway, it was good the selectors showed faith in Taylor but you know something? I think all an Australian cricket captain (and coach) are entitled to is one home-and-away Ashes and one World Cup.

When they stick around longer than that, it tends to cause trouble. 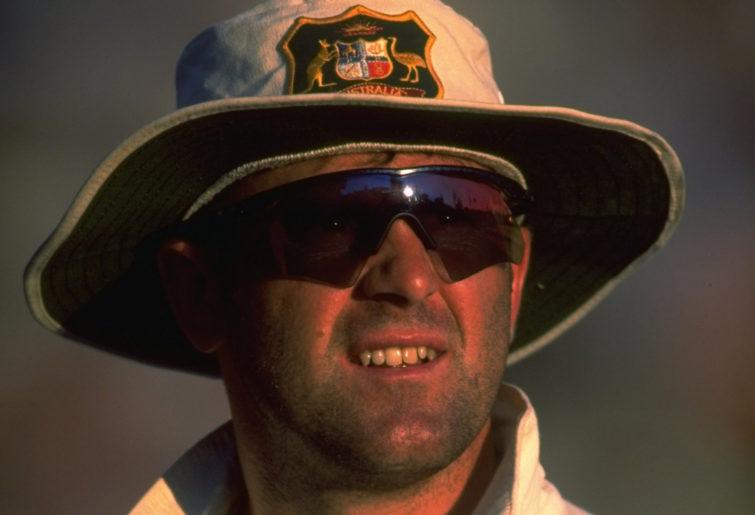 3. Ian Johnson
A very handy spinner and useful lower-order bat, Johnson owed his elevation to the Australian captaincy mostly due to Don Bradman’s distaste for Keith Miller, who was clearly the better player and leader.

Neil Harvey, Ray Lindwall and Arthur Morris also had cause to be annoyed.

Johnson’s Test record was never as good when he was captain – indeed it was mostly poor, particularly on the disastrous 1956 Ashes

Question for the true nerds: if Johnson had been dropped in that series, would it have helped?

I’m not so sure – Australia’s team was too lumpy, a mixture of ageing champs and future champs that hadn’t found their feet yet.

But I still feel cheated that Miller never got a go.

4. Ian Craig
Ian Craig was a bright, talented batter who debuted in Shield and Test cricket at an absurdly early age.

The establishment loved him so much he was appointed New South Wales captain over Richie Benaud on the retirement of Keith Miller, and Australian captain for the 1957-58 tour of South Africa over Neil Harvey – without having locked down a permanent spot in the Test side.

By all accounts Craig led the Australian side very well in what was as successful tour… he just rarely scored runs, as a Test average of 19.88 implies.

It’s interesting to wonder what would’ve happened on the 1958-59 Ashes had Craig maintained his poor run of form… would they have had the guts to drop him?

He came down with hepatitis, meaning the selectors avoided a tough call. Benaud took over the top job, proved a great success, and Craig never played Tests again.

A good state batter, but I’m not sure he should’ve played any Tests, let alone been captain. People just love a romance.

5. Kim Hughes
Kim Hughes’ marvellous home series against Pakistan in 1983-84 gave hope to many who wanted to see him combine top-line batting with successful captaincy on a regular basis.

Yeah, but no. Hughes then ran into back to back series against the West Indies, where he led Australia to two just-avoided-losing draws and five defeats straight, with a top score of 37.

There was a vocal ‘sack Hughes’ lobby led by Ian Chappell – and the selectors were entitled to drop him on form – but Hughes pre-empted this by resigning, encouraged by then-selector Greg Chappell.

The selectors kept him on for two more Tests, where Hughes made no more than two and then that was it at national level (apart from a few ODIs and the rebel tours).

Interesting hypothetical: what would have happened if Hughes had not resigned as captain in 1984-85?

Scoring runs against the West Indies was very hard, and that may have saved him (the ‘well, everyone else is bad too’ argument).

So too might Australia’s fifth Test victory (which I think would’ve happened under Hughes) and especially turmoil in the face of the South African defections.

A reluctance to rock the boat could’ve kept him in England in 1985 at least.

I think the Chappells constantly yapping at him to resign would’ve worn him down eventually but I like to think his deposing would’ve been less bloody.

Moral of story: you’re better off not quitting because you never know what’s around the corner.

6. Bill Lawry
The ‘let’s not drop the captain even if he’s in bad form’ attitude that saved Ian Craig, Ian Johnson and (for a time) Kim Hughes didn’t help Bill Lawry, who was sacked as captain and player during the 1970-71 Ashes… with the Ashes still in play, too.

This ushered in the Ian Chappell era so this sacking was generally held to be a good thing. But while no one gets nostalgic about Lawry’s captaincy, I wonder if the selectors weren’t too smart by half.

Australia lost that Lawry-less seventh Test (if we’d won it the Ashes would’ve been ours), and what’s more they missed having no Lawry in the 1971-72 World XI series and the 1972 Ashes.

Indeed, Australia were plagued with opener issues for all of Ian Chappell’s reign. And Lawry’s sacking radicalised the players, thereby contributing to World Series Cricket.

So the moral: sacking someone as captain can be okay but have decency about it… and don’t jettison former captains as players just because they’re not captains anymore.

7. Ricky Ponting
Everyone loves Ponting now (he’s commonly called the best coach in the world, based on not the hugest sample size) but they sure didn’t after the 2010-11 Ashes.

That series brought a head to a lot of hostility towards Ponting’s captaincy – his handling of spin bowlers especially but also just regular bowlers on the 2010 India tour.

I think he was tired, having done the job for far too long – Ponting had two home-and-away Ashes, and three World Cups, which was too many (that 2011 World Cup campaign was definitely one too far).

Rather meanly, the selectors brought him back to captain the ODI team then dropped him. However at least he got to stay on as player and that meant a few more triumphs.

8. Michael Clarke
Australian cricket seemed almost obscenely keen to make Michael Clarke captain, appointing him in 2011 over Brad Haddin and Simon Katich. But over time they got sick of him, as happens.

At the beginning of 2014-15 there was a push to drop Clarke from the side because of his bad back.

This changed following the death of Phil Hughes – Clarke was called to lead the team, seized up during the game, but scored a century in an all-time classic match.

Clarke missed Tests that summer and Brad Haddin should’ve taken the job short-term (what’s wrong with a short-term captain?) but by now the selectors were obscene keenly to give the job to Steve Smith.

Clarke came back to captain in the West Indies and England in 2015, two tours too many as even he admits.

But I think he wanted to go back to England and get revenge for 2009. This ushered in the Steve Smith era, which was a combination of highs and lows combined with great immaturity, leading to sandpaper-gate.

Some food for thought: every successful Australian team should have at least four strong alternative captains.

In the Clarke/Smith era there tended to be only one or two. This current Australian team has a couple of genuine captaincy alternatives (Smith, Khawaja, Head, Alex Carey). This is nothing but a good thing.

He managed to fight back, score that incredible century and retire on his own terms. But if he’d failed in that Test (which everyone tends to forget we ended up losing), I don’t think he’d have survived.

Pat Cummins should never forget that – at some point the country will turn on him like a ravenous dog. Just be ready, Pat. 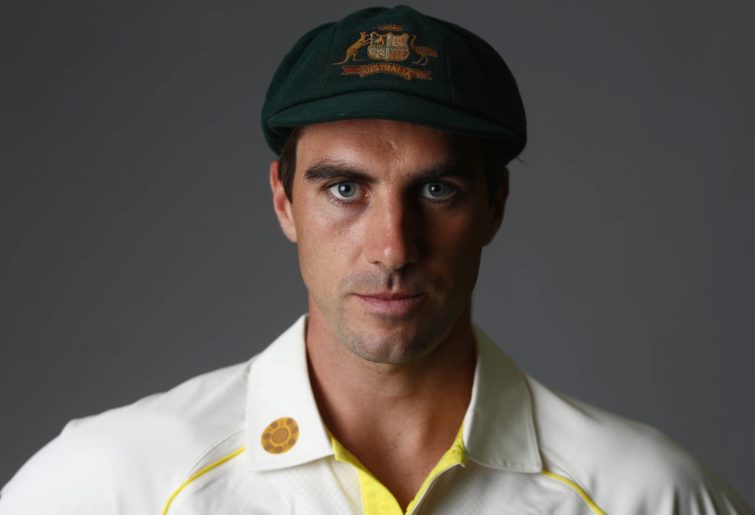 10. Graham Yallop
You’ve got to feel for Graham Yallop. Bullied by his own team when picked for Australia in 1975-76, ignored by selectors for four Tests against India in 1977-78 despite being the best player of spin against the country.

He was made vice-captain on his return, then dropped from vice-captain to keep Jeff Thomson happy for the tour of the West Indies in 1978.

He was made captain in 1978-79 to keep Victorians happy and so they could get rid of Bob Simpson. Like leaders of political parties, a lot of cricketers are thrust into leadership positions in order to keep other people out.

Then after injury, he was replaced with someone not that much more capable (Kim Hughes) because he seemed more perky and pretty.

It felt mean, especially as Yallop shouldn’t have been appointed captain in the first place.

But that’s the thing about captaining Australian cricket teams… people get really feral at you.