The Repco Supercars championship headed back to Albert Park for Round 3 of the season, and the first race of the weekend was chaotic with unknown tyre delamination at the newly paved track.

For the first time since the famous cancellation round back in 2020, the Supercars joined Formula 1 at Albert Park, and after the first few practice and qualifying sessions, changes were already being made to the track after Broc Feeney and Jake Kostecki crashed separately at turn five.

Both crashes caused lengthy delays as the Turn 5 foam barrier needed to be repaired, which was then changed on Thursday afternoon before Formula 1 hit the track.

“I carried too much speed on entry and couldn’t catch it,” Feeney told Supercars.com after his accident.

“Just a stupid mistake… don’t know what happened there.”

Feeney’s car was repaired for Friday’s action, qualifying eighth and 11th for the final two races of the weekend.

But all eyes turned to Feeney’s teammate and championship leader Shane van Gisbergen, as he would start Friday afternoon’s race from 23rd on the grid. But nobody could predict the chaos that was about to ensue. 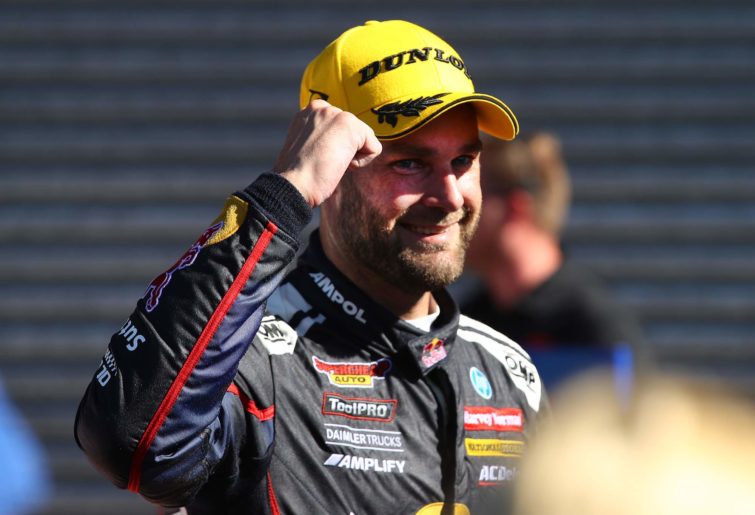 After lengthy runs with the soft tyre and Sydney Motorsport Park and Symmons Plains, teams were banking on the soft tyre behaving the same way in the race at Albert Park.

As the race began with David Reynolds starting from pole position, teams were beginning to realise the softer tyre had terrible delimitation issues.

Supercars was able to show viewers just how bad the delimitation was throughout the 20-lap race, with some drivers only lasting seven or eight laps before their tyres were completely gone.

Those worst affected were Will Davison and teammate Anton De Pasquale, with De Pasquale’s front left tyre failing into Turn 1 late in the race, and the former contenders for the race win ended up finishing 16th and 23rd respectively.

Among all the chaos, the man-of-the-match performance went to Shane van Gisbergen, coming from 23rd on the grid to finish on the bottom step of the podium.

Chaz Mostert was able to avoid the chaos to win his second race of the season.

Along with Mostert and van Gisbergen, David Reynolds, Tim Slade and Nick Percat were able to play the right strategy to fill the top five spots in the field.

Macauley Jones and Garry Jacobson were surprise top-ten finishers, also playing the right strategy, while many others plummeted through the field, some making two stops in the 20-lap race.

The Supercars return to the track on Saturday for Races 7 and 8 of the championship.