The APL is desperate to fill Accor Stadium with 80,000 fans for an exhibition game featuring FC Barcelona because they can’t figure out how to get football fans into A-League grounds.

Reviving the All Stars concept for a friendly game against the Spanish giants and scheduling it in the same week as the A-League Men grand final is the last resort for an organisation that no longer knows how to attract fans to domestic games.

It’s an easy way to keep the New South Wales government interested in football and a guaranteed way to fill the coffers.

And after two COVID-plagued years of virtually no tourism, we shouldn’t discount just how much the various state governments around Australia need those coffers to be filled.

As we’ve already seen with the Sydney Super Cup – assuming it still goes ahead – there’s no denying the New South Wales government and its tourism arm Destination NSW have a taste for football.

Or more to the point, they have a taste for money. That’s the only reason these friendly games ever take place.

And we shouldn’t ignore a couple of other relevant facts before we start nailing our colours to the mast.

Starting with the fact that Barcelona are only coming to Australia because they’re skint. 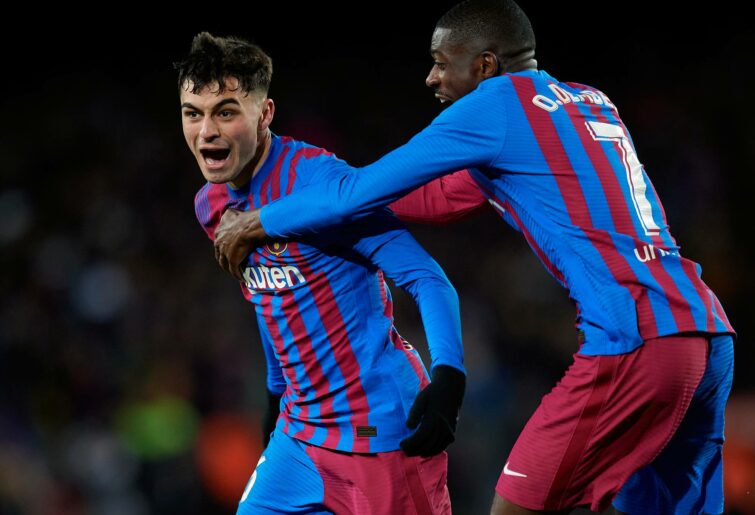 One thing all those breathless media releases forgot to mention is the Blaugrana have been run into the ground by a succession of dubious administrators.

Forget how the players feel about travelling halfway across the globe just days after the La Liga season has ended. The real reason Barcelona will show up in Sydney is because they’re reportedly getting paid more than $7 million to do so.

It won’t make much of a dent in their $2 billion debt or bring Lionel Messi back to the Camp Nou, but it is a timely reminder that dodgy administration isn’t just an Australian problem.

And it’s also worth remembering – since there hasn’t been a lot of nuance in the discussion around the pros and cons of what is essentially a glorified kickabout – is that when the game was first mooted, there was a possibility it would take place after the grand final.

There’s been a lot of gnashing of teeth and thrashing at keyboards around the thought of the A-Leagues cheapening the value of the grand final by playing an All Stars game just days before the big game.

A more prosaic explanation is probably that May 25 is the only date anyone could get a Barcelona side with better things to worry about to commit to.

Still, you have to wonder what playing an exhibition game just days before the A-League Men decider says about us as a football nation.

For one thing, it says that politicians will support games featuring big-name European teams like Barcelona and Celtic and Liverpool – but not the A-Leagues.

For another, it’s a reminder that when people call themselves ‘football fans’ in Australia, they’re rarely talking about the domestic game.

Like this mythical connection to the grassroots of millions who play the game, what football means to many Australians is watching three-minute highlights of the English Premier League on Optus Sport, not standing for 90 minutes on the terrace at Coopers Stadium.

We’ve created a two-speed football economy in Australia – one where supporting a European club is considered cool and chic, while supporting an A-League club is almost a lost cause worth laughing at.

These games only help reinforce that narrative.

But on a weekend when almost no one turned up in Ballarat and very few fans turned up in Adelaide, Parramatta, Gosford and Newcastle to watch an A-League Men game, I think it’s fair to say the APL has simply run out of ideas.

So, bring on FC Barcelona!

If it helps sell a handful more tickets to the biggest domestic game of the season, then it’s better than the alternative of doing nothing at all.