The valley of the doomed: Is there a better coach than Madge or Hook out there?

Who would want to be a coach? They’re all ultimately doomed. Most fail quickly and mercifully, though many end up being chased out of town by the virtual flaming torches and pitchforks of media, both legacy and social.

Some are barely recognisable by the end, having aged 20 years during their brief tenure.

Two NRL head coaches – Anthony Griffin and Michael Maguire – currently find themselves ‘under pressure’, as the NRL rumour mongers like to say, with their teams showing no sign of improvement during embarrassing defeats in round five.

Whether the expectations of supporters and commentators accords with what Tigers and Dragons players are actually capable of matters little. One or both will be chased out of town the way things are going.

Which raises some questions: is there anybody who could do better and, if there is and assuming they’re interested in taking full responsibility for unrealistic external expectations, weak rosters and the dysfunctional organisations that created them, who are they?

Most of those with prior experience are unlikely to get another shot and some won’t want one. There are a couple of former coaches who’re routinely ‘linked’ with actual or prospective vacancies and will be again.

There are some young hopefuls who seem to have the right pedigree, and some experienced Super League coaches who aren’t part of typical speculation, but who might make sense for a struggling club looking to steady the ship and appoint a mentor for a future coach.

The following six might be capable of leading the Dragons or Tigers to a better place or leading themselves deeper into the valley of the doomed.

Morris has a modest win rate of 45 per cent from his time as head coach of Cronulla, but he guided them to the finals twice and a number of young Sharks seemed to improve under his tutelage. He’s already been linked with the vacant Leeds Rhinos job.

He was apparently highly regarded by Cronulla’s players, though Phil Rothfield, who is notoriously wrong about almost everything, is among his staunchest advocates.

Flanagan’s the name that comes up immediately whenever there’s a vacancy, or just the slightest hint of a coach being ‘under pressure’.

And with good reason. Flanagan’s win rate is 55 per cent from 198 games, he won a premiership with Cronulla in 2016 and is famously dedicated, having continued to perform some of his duties as coach despite being on gardening leave in 2014.

While some clubs may have qualms about him, it seems certain he’ll get another head coach position before too long. Beggars can’t be choosers.

With Craig Fitzgibbon now ensconced at Cronulla, Ryles is probably the best credentialled assistant yet to attain a head coaching gig.

He was a captain-coach in Illawarra after retiring as a player, served an apprenticeship under Craig Bellamy, diversified as a skills coach in English rugby union and is now working under Trent Robinson.

The doubts about Ryles: he might merely be basking in the glow of Craig Bellamy and Trent Robinson and any semi-competent coach should be able to improve the skills of rugby union players.

Woolf seems to have a knack for the coaching caper. He did well with North Queensland’s youth teams and in the Queensland Cup. He guided Tonga to third place at the 2017 World Cup and has won two Super League titles and a Challenge Cup with St Helens. 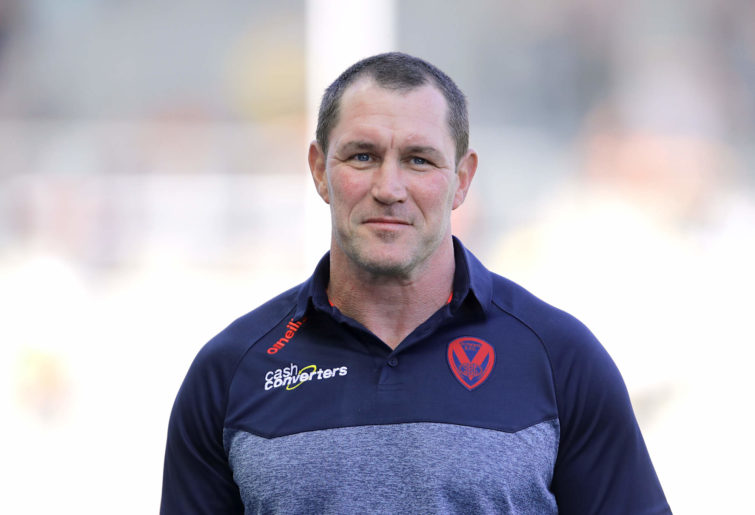 There’s an argument that James Roby and company could win the Super League by themselves, given the competition is currently even more imbalanced than usual. Still, I think Woolf will be a coach in the NRL some day and will probably do alright.

I’m fascinated by McNamara. There’s a chance he’s a good but, until recently, unsuccessful coach who’s figured it out after some early travails.

His credentials have long been touted, but his first job at Bradford Bulls was mostly a disaster. Said disaster didn’t stop him getting the England job and his teams did roughly what you’d expect: beat France and Wales, lose to Australia and win three out of seven against New Zealand.

After leaving the national team, he worked under Trent Robinson at the Roosters and spent some time with the New Zealand Warriors, before joining Catalans in 2018. He inherited a rabble in Perpignan but led them to a Challenge Cup in 2018, and a minor premiership and grand final appearance in 2021.

Despite losing some key players over the off-season, his Catalans team have been grinding out results and look the most likely challenger to St Helens in 2022.

Here’s somebody who has, as far as I recall, never been ‘linked’ to a job in the NRL. Until now.

Like his older brother Brian Smith, Tony has lost a few finals in his time but, unlike his brother, he’s won plenty and seems reinvigorated by the challenge at Hull KR.

Between Huddersfield, Leeds, Warrington and Rovers, he’s won 62 per cent of his 526 matches in the UK. These include two grand final victories with Leeds, as well as two minor premierships, three grand final appearances and three Challenge Cup victories with Warrington.

He’s also coached England and Great Britain and, most recently, led Hull KR to the finals in 2021, upsetting Warrington in the first round before losing to eventual grand finalists Catalans in the second.

I’d give him a chance.