Texi Smith continues to hold a comfortable lead in the 2022 tipping, as we enter a month of action that will decide the next A-League Men champions.

It is a busy week ahead for Perth, Central Coast, Wellington, Macarthur, Newcastle, Western United and Western Sydney, all with two matches slated and crucial points on offer, that could well decide some teams’ semi-finals fate.

The Wanderers and Mariners fight for a crucial three points tonight, Newcastle does the same up against the Victory on Friday, and by the time next Wednesday arrives, both the Jets and Western Sydney could be in do-or-die situations.

Good luck with your tips for the round and be sure to enter them in the sheet below to have a say in the improving voice of the crowd.

Here is the way the panel sees all the action unfolding over the next eight days.

Perth Glory are an absolute rabble right now and desperately need a clean-out at the end of the season. They’ll come up against a Phoenix side with a spring in their step and every reason to dish out another mauling in the neutral confines of Kogarah.

How much will Daniel Margush’s inexplicable error end up costing the Wanderers? They should be two points better off going into this game but even with the unreliable Tomas Meijas in goal, they could be too strong for a Mariners side aiming to bounce back from last weekend’s thumping at the hands of Sydney FC.

Macarthur continued their Jekyll and Hyde-like campaign with a narrow defeat to Adelaide United last time out and they desperately need to return to the winner’s circle here. The clock is ticking on Brisbane Roar’s finals hopes, but it should really be the Bulls who prevail in front of their home fans.

John Aloisi will want to bounce back quickly from that unexpected 4-1 defeat to the Phoenix in Ballarat. They’re back on the road again in Launceston, where they downed the Glory 2-0 the last time these two sides met. Expect a similar result here.

A 6-1 win over the hapless Perth Glory has rekindled Newcastle’s faint finals hopes and they’ll be well up for a clash with Melbourne Victory. The visitors are coming off a high of their own following that comprehensive Melbourne derby win and Tony Popovic’s side should just about edge a tight contest in the Hunter.

Wellington Phoenix are finally back at home and looking forward to playing in front of a decent crowd at Sky Stadium. They’ll come up against a Mariners outfit still battling for a finals position, despite their 5-0 at the feet of Sydney FC last time out. There’ll be plenty of emotion in this one, but it should be the hosts who claim all three points.

Another spin of the venue bingo wheel sees Western United run out at UTAS Stadium in Launceston for the second game in a row. Macarthur unfollowed me on Twitter because I bagged them for their exorbitant ticket prices, so I’m backing the Victorians in their home away from home away from home here.

Mark Rudan versus Arthur Papas is the sort of coaching match-up we’ve been crying out for. The Wanderers go into this game on the back of a couple of draws and both sides simply must win here to keep their finals hopes alive. I’m tipping they’ll cancel each other out instead.

I’ll be extremely surprised if anyone tips Perth against the Phoenix, after last week’s stunning win against Western United the men in yellow have moved into the top six with a few games in hand of most of the teams above them. They will be playing finals and the Glory will not. An easy win for the visitors.

Central Coast at Western Sydney is something of a stab in the dark, neither have been in sparkling recent form yet the Mariners have more class and might just pinch this one on the road.

Macarthur are well out of sorts, need a win and face a still unconvincing Brisbane in Campbelltown on Friday. Surely they get the points they need?

Western United might rest a few against the Glory on Saturday night during their 4-0 win and if the Jets’ A team turns up against the Victory, they could claim a valuable win. Should the B team arrive, Victory will win well. Tony Popovic’s men to triumph in a canter. 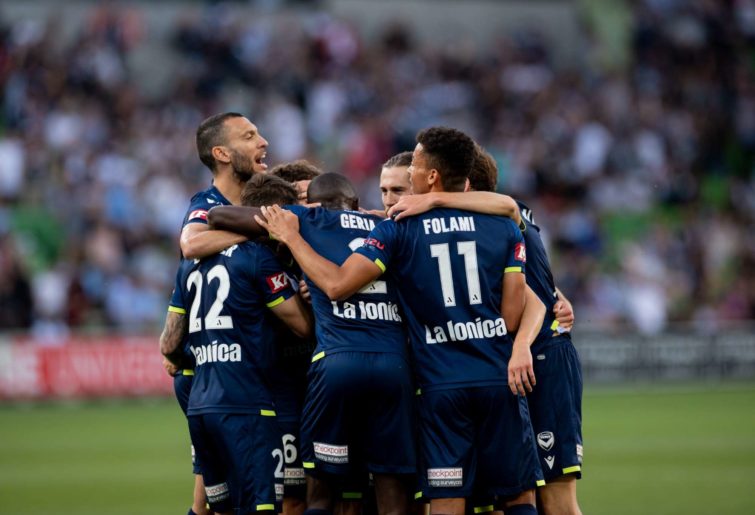 Wellington and Central Coast on Sunday afternoon could be a belter and vital for both at that stage of the round. With tired legs certain to take to the field, the Sky Stadium home fans will lift their boys to the win. It will be an emotional day for the Phoenix and one the Mariners will fail to ruin.

United and Macarthur back up on Tuesday and Western will grab the points at ‘home’.

The final fixture sees the Wanderers still in with a shot at the top six if they have won tonight’s clash with the Mariners. Otherwise, their season is dead and buried. Newcastle will have a little more to play for and rediscover the form that is capable of beating any team in the league.

An absolutely abject Glory have only personal pride to play for this season, while we’ve no idea what Phoenix are going to do from week to week, as they continue their rollercoaster ride to finals football. Whilst this could be the game that kick starts Perth’s recovery, the quality is lacking, and Daniel Stynes will be a forlorn figure as he sees his side fall victim to the hard-running battlers from New Zealand in this distance derby.

A spicy encounter at CommBank Stadium this Wednesday night sees a damaged Mariners team look for a quick bounce back against a faltering Wanderers side. Both teams were handed poor results on the weekend and home fans will be tiring of the same old problems, as Mark Rudan tries to turn around the ailing club. Jason Cummings wil fire in this one and Beni N’Kololo will be given a free role to terrorise the static Wanderers defence.

Brisbane Roar’s escape last weekend was as crucial as it was comical and we’ll see that same battling performance at Macarthur in the Friday night game. Jay O’Shea is proving to be a shining light in a tough season for the visitors, but he will be powerless against a big-hitting Bulls who will be firing on all cylinders.

Western United’s capitulation against Phoenix was a one-off. Back in Tasmania for this one, they will be back to their best. Whipping boys Perth Glory will at least show some fight and match their opponents in a tense first half, before the scoreboard eventually becomes grim reading for the Glory boys.

Newcastle’s form, especially at home, is keeping them in the hunt for finals football. In Daniel Penha they have a match winner and there is quality across the park. That all came together in the demolition of Perth last week, while Melbourne Victory were dishing out a hiding of their own against champions, premiers and local rivals Melbourne City. This is a blockbuster and a high profile standalone game for the casual live TV football viewer. Unfortunately for home fans, they will be getting caught up in the hype and this will be a slick performance from the visitors.

Wellington’s triumphant return to the Cake Tin is massive news for the league. Central Coast will be the sacrificial lamb at this cauldron. An expectant home crowd, starved of top-flight football for so long, will be out in force to welcome home their heroes. There can only be one winner today and it is the home team; Walter Sandoval and David Ball on the scoresheet in a solid 2-0 win to enhance the Kiwis’ finals chances even further. Welcome home Phoenix.

The Tassie adventure continues for Western United against Macarthur at the inexplicable time of 5:05pm. Not only too early for most to watch on TV, but unpleasant for those who are actually going. I know it’s Easter school holidays, so that might be the idea, but it’s a crazy timeslot. The home domination will be smashed here as Craig Noone enjoys a night to remember, smashing in a worldie from distance and then teeing up Lachie Rose for a devastating second goal to wrap up the points.

Following on from their difficult assignment against Victory, the Jets travel to Western Sydney for a very winnable game. Beka Mikeltadze will sparkle again and Valentino Yuel will be back to his scintillating best in a smash and grab at CommBank Stadium. The sight of Bernie Ibini walking off, head down, after a late red card will be a reminder of what Mark Rudan has got himself in to at this troubled club.