Family feuds: How many times have two father-son combinations clashed in rugby league?

On Friday night, Ivan Cleary and Kevin Walters had the pleasure of selecting their respective sons in the Round 6 clash between Brisbane and Penrith.

This happens all the time in junior league, but as the ranks of players and coaches thin out over time, it becomes rarer. As I settled in to watch the Clearys and Walters do battle and heard the ABC commentators wonder aloud about how many times it’s happened in top-flight league, I struggled to think of other examples.

In the spirit of Geoff Toovey, I decided there needed to be an investigation.

While they’re rare, the Cleary-Walters duel is the second such occurrence in the last seven NRL regular season rounds. Before that, you have to go back to the late 1990s and early 2000s when father-son combinations met on three occasions. There are also scurrilous rumours about a fourth occurrence around this time. More on that later. 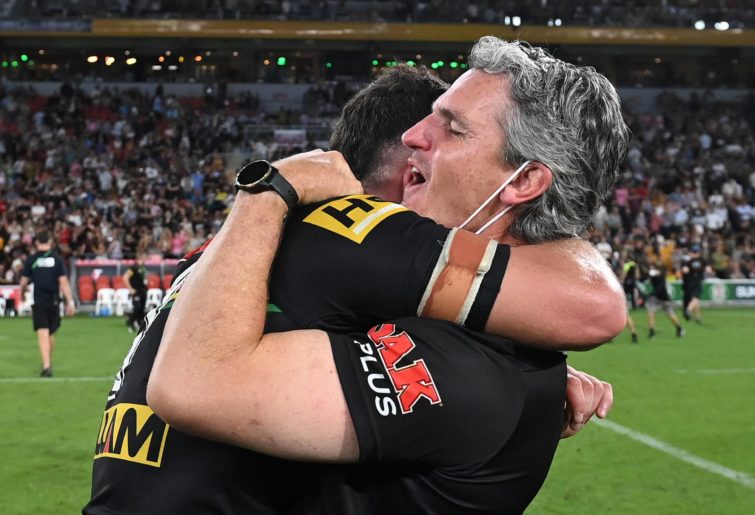 As you delve deeper into the past, rugby league’s history becomes increasingly patchy and inconsistent, and this was a tricky topic to research with any certainty.

Then again, the highly paid coaching gurus of today are a recent phenomenon. Before the 1970s, many coaches were either still playing or only just retired, and they usually moved on to other jobs before long. Still, there are some interesting tidbits from the pre-NRL era.

Hall of famer Ed ‘Tedda’ Courtney not only outlasted all his fellow 1908 pioneers, he hung around long enough to play two games with his son, Ed Jr, at Wests in 1924. There hasn’t been another instance of this in Australia.

Darren McCarthy, son of the great Bob McCarthy, once played against a Gold Coast Seagulls team coached by his father and including his brother Troy.

The earliest example I could find of a father and son as coach and player is Allan Ellis and his son Greg at Newtown in the early 1960s. But there were no Cleary-Walters-style clashes until 1998.

Auckland 16 Melbourne 12, Round 5, 1998
Melbourne’s debut season was going remarkably well under the guidance of veteran captain Glenn Lazarus and coach Chris Anderson, with four victories from as many starts heading into their clash with the Warriors in Auckland.

Anderson had handed his son Ben a debut in the victory over Norths the previous week, but the Andersons met their match in the deadly combination of Warriors’ coach Frank Endacott and son Shane.

It was the first of not many defeats for Melbourne – they’ve won just over 62 per cent of their games since ’98. Maybe their opponents should hire more dads in coaching roles.

Melbourne 26 Cronulla 18, Round 21, 1999
Or maybe not. The Andersons bounced back from the Endacott affair with victory over John and Martin Lang of Cronulla at a blustery Shark Park late in the 1999 season.

Despite the defeat, Cronulla finished the season as minor premiers and, until Melbourne’s visit, hadn’t been beaten at home all season. It must have been a confidence-building victory for Melbourne as they stormed home to win their first premiership a few weeks later.

Penrith 20 Cronulla 0, Round 17, 2003
John and Martin Lang got their revenge over the Andersons in a long-awaited rematch four years later. But things had changed, with Chris Anderson having taken over at Cronulla after the Langs moved to Penrith in 2002 and his son Jarrad Anderson taking over from older brother Ben.

While Penrith were a dominant team on their way to a second major premiership and Cronulla were struggling, the humbling at Shark Park may have precipitated the end for the Anderson clan. Chris and Jarrad were both expunged by the Sharks after 2003 and have rarely been sighted since. 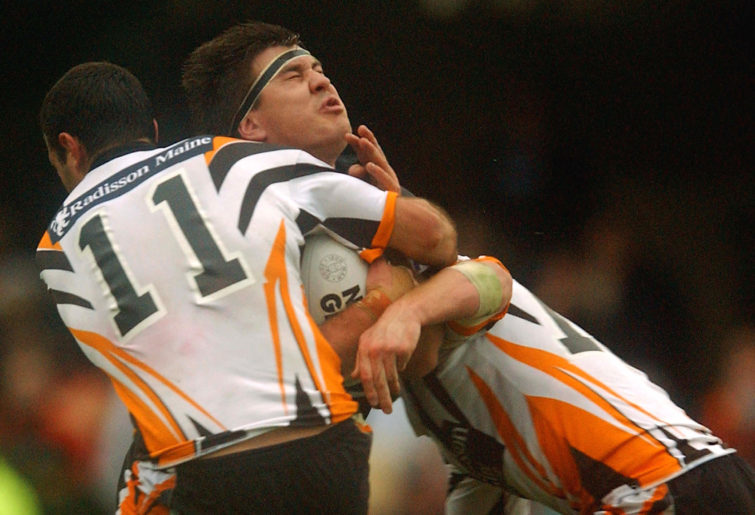 Penrith 28 Brisbane 8, qualifying final, 2003
As Penrith and Brisbane limbered up for their finals showdown in 2003, questions abounded. Were the young Panthers the real deal? Could the eighth-placed Broncos recapture some lost glory and cause an upset? And what exactly was the nature of the relationship between coach Wayne Bennett and winger Scott Minto?

Whatever the case, the Langs were of sturdier stuff and the Broncos were a mere steppingstone for the eventual premiers.

The new era kicked off late last year with a dominant victory for Ivan and Nathan Cleary of Penrith over Brad and Jake Arthur of Parramatta. The Cleary hegemony is unlikely to be usurped but look out for the results. As we’ve seen, they can be significant.

Penrith 40 Brisbane 12, Round 6, 2022
The Cleary hegemony abides. Penrith have just won a premiership but might still be at the beginning of something, with the Clearys both extended, a young team and seemingly no shortage of even younger ones to call on.

The Walters boys won’t win anything with the Broncos, but they represent stability after turbulent times and could transition the club to something better. 2022 looks like an end for Parramatta and maybe one of the Arthurs.