Get over it: The Western Bulldogs earn a favourable free-kick ratio

There are reasons why the Western Bulldogs have achieved a high free-kick ratio since 2016, despite considerable scrutiny since, with many AFL clubs complaining that the club is umpired differently to every other side.

A favourable free-kick differential for the Western Bulldogs does not depend on getting the most free kicks.

If we look at 2021 stats, the Western Bulldogs got 220 free kicks for home matches, a lower figure than seven other teams.

In fact, the Western Bulldogs only ranked fourth in total home-and-away free kicks (437) when including the 217 free kicks given when playing away from home.

All AFL clubs strive to concede fewer free kicks, which can only enhance a team’s winning prospects. But there has been rare analysis to explain the high free-kick ratio for the Western Bulldogs against the constant whinging.

Alex Docherty wrote on The Mongrel Punt on 7 September 2021 after the Western Bulldogs defeated Brisbane in the second week of the 2021 finals. 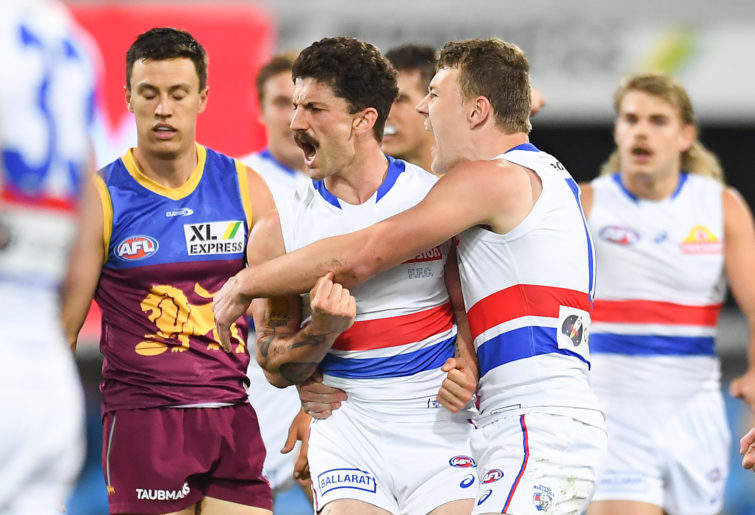 While also expressing sympathy for Lions supporters, he clearly refuted the implication that the umpires helped the Western Bulldogs win the semi-final by analysing key umpire decisions.

Docherty asked “Has anyone actually stopped and thought about how they try to play the game and how they attempt to try and move the ball? How they approach the guy as they’re about to tackle? How they attack a contest?”

While noting that the Bulldogs’ 2016 premiership was based on a handball-happy style of movement that “drew the ire of many people” and “prompted the AFL to really clamp down on what’s considered a throw and what isn’t”, he indicated that the Dogs during 2021 “still rely on sharp hands at times to really get themselves out of stoppages, a style that several sides tend to do it in order to work out of congestion”.

Although Docherty observes that many AFL supporters “expect the umpires to narrow it down to every little detail”, he points out that “trying to spot out which of these fast hands are handballs would have to be one of the hardest things for an umpire to officiate during a game” and even professional umpires are “going to miss things”.

Merely citing a team’s favourable free-kick ratio, as many tend to do when they rely on data, is hardly a legitimate excuse for explaining defeat at the hands of the Western Bulldogs. 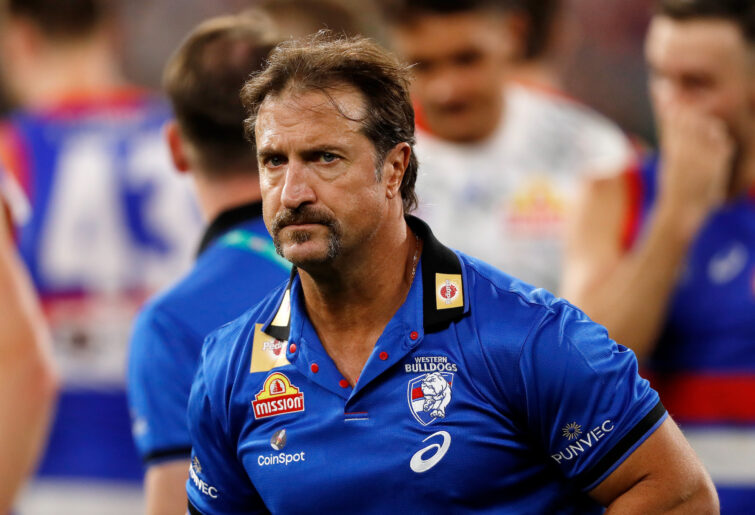 While many Bombers fans blamed the umpires for their loss to the Western Bulldogs in the 2021 elimination final, the Essendon coach Ben Rutten correctly highlighted the ability of the Dogs to play the conditions better and put themselves in positions to win crucial free kicks, which ultimately proved costly for Essendon.

Rutten said the free kicks were “part of the game”, with his team overpowered by the Bulldogs’ ability to win the contested ball (170-149) and surge forward in the slippery conditions in Tasmania because players are more likely to be rewarded “with their head over the ball” and being “prepared to absorb the tackle”.

It is the ongoing difficulty of umpiring AFL games that remains the issue.

During 2021, the Western Bulldogs’ coach Luke Beveridge, having observed that “the game has probably never been quicker”, pointed to past efforts by umpires to simply react to the manner in which his side disposed of the ball, which he argued simply created confusion for umpires when it comes to adjudicating the already ambiguous holding-the-ball rule.

Hence, Beveridge too has urged getting “back to prior opportunity and incorrect disposal” in order to give umpires every chance to make the correct decision.

But the whinging about the Western Bulldogs persists in 2022, as expressed after Round 3 of the 2022 AFL season when the Bulldogs defeated the Sydney Swans with a 31-14 free-kick count.

That was despite the AFL having announced earlier this year that umpires would be harsher on players who fail to dispose of the ball legally when tackled, including penalising a player after not upholding a prior opportunity to handball or kick when evading, fending and ducking.

Ultimately, the question over how to best adjudicate the very fast-paced AFL game is an extremely difficult task, a reality that will not prevent ongoing complaints by fans and officials.

In the meantime, the Western Bulldogs will endeavour to win as many games as they can by playing within the rules and getting to the ball first, as they have done so pretty well since 2015 under Luke Beveridge.

They have made the finals four times with two grand final appearances, winning in 2016.