The fourth of 23 Grand Prix has been run, with reigning world champion Max Verstappen closing the gap to current leader Charles Leclerc following a convincing win at Imola. Aston Martin picked up their first points of the season, with both Sebastian Vettel and Lance Stroll finishing in the top 10.

It was another impressive showing for the Great Dane, Kevin Magnussen, finishing in ninth and picking up another two points for Haas and placing himself nicely in P10 of the Driver’s Championship. Magnussen has shown the American team has pace this season, making up for a poor showing in Australia and putting that car in the mix with the top three teams.

However, his success so far this season has only highlighted a major problem for Haas: Mick Schumacher. The son of seven-time world champion Michael, many believed young Mick would finally be able to show his talent in a car that could perform.

In his time in Formula 2 and 3, Schumacher always took a season to get to grips with his car before starting to win races. Many commentators hoped it would be the same for Formula One. Schumacher was never able to show his true talent in last year’s dog of a car, though he very clearly outshined former teammate Nikita Mazepin. But with his new pairing with Magnussen, Schumacher is being left behind.

He’s so far failed to make it to Q3, with Magnussen making it to the final qualifying session all but once in the first four races. He has also failed in his attempt to score his first points. Every week commentators ask the question: will this be the week Schumacher finally shows his true form and score some well-earned points? 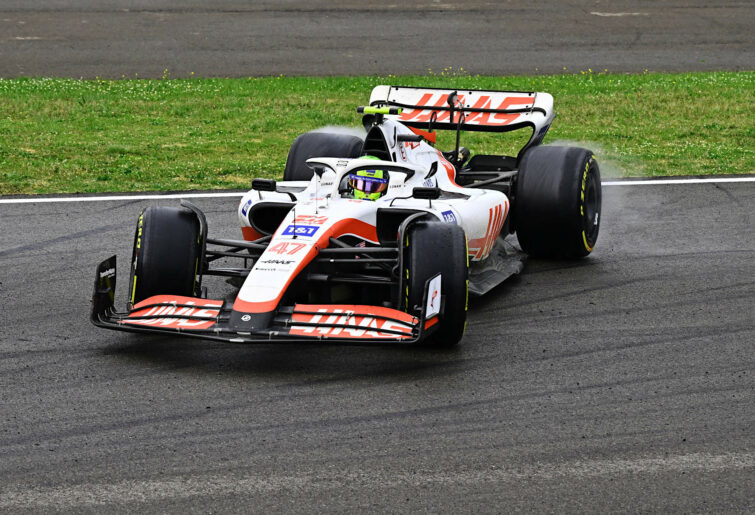 In 2020, Schumacher signed a two-year deal with Haas, to start in 2021. He was already part of the Ferrari Driver Academy after signing with them in 2019, so a promotion to Formula One with the Scuderia’s customer team was a no-brainer.

But many hoped he would soon follow in his legendary father’s footsteps and move to the top team, fighting for a championship. Ferrari already has two very strong drivers in current championship leader Leclerc and the reliable Carlos Sainz, but the latter’s contract was due to expire at the end of the season, meaning a spot would be open for Mick.

Sainz’s poor start to the year looked to be in Schumacher’s favour, the Spaniard failing to finish the last two races due to beaching himself in the gravel trap.

However, Sainz and Ferrari came to terms on a two-year deal this week to keep the Spaniard with the famous team until the end of 2024. It’s massive for Sainz, proving Ferrari’s faith in him despite recent setbacks. But a door opening for Sainz is one slammed shut for Mick.

With no spots open at Ferrari, Schumacher is stranded: either with a mid-field team like Haas, or even without a drive. Netflix’s Drive to Survive seemed to suggest that Mick being a German driver brought big sponsorship money to the struggling team, but the withdrawal of Urakali following the Russian invasion of Ukraine and the recent success of Magnussen will likely bring big-name sponsors to the table.

In short, it doesn’t seem like Haas need Mick.

It is only four races into a very long season, and this weekend at Imola has shown how quickly one’s championship aspirations can change. But if Mick doesn’t improve to be at least on-par with his teammate, will it mean the end of the Schumacher name in Formula One?