'You've got to make the All Blacks scary again': Ian Foster says he's facing some big calls - here's what he must do first

The All Blacks have locked in three Tests against Ireland before the Rugby Championship this year and coach Ian Foster has admitted he’s facing some big selection calls ahead of that series in July.

Foster told The Breakdown that the toughest calls would come in three main areas – the midfield, loose forwards and front row.

Foster made particular note of the number of serious contenders in the ABs loose forward ranks.

“Clearly, the last two years, we’ve had a lot of opportunities for a number of new players to come in and put their hand up, and many of them have actually played really, really well,” Foster said.

“You look at some of our loose forwards and some of the versatility we’ve got – the Ethan Blackadders, Akira [Ioane] who’s coming back, the rise of Dalton [Papalii] – has all added a little bit of complexity, but that’s exciting for us.”

Foster added that he is anticipating on naming a 36-man squad for the Ireland series, the same-sized squad that was named for last year’s mid-year tests against Tonga and Fiji.

The Roar Rugby Podcasts experts Brett McKay and Harry Jones – as well as The Wrap writer Geoff Parkes – went through their current All Blacks XVs after the opening round of the trans Tasman battles in Super Rugby.

Stream the latest edition of The Roar Rugby Podcast here or on your preferred podcast app. And give us a review!

Harry approached the task with a clear theme in mind.

“You’ve got to make the All Blacks scary again. They weren’t scary last year. The Irish and French losses, All Blacks fans were saying there’s no swagger.”

Explaining the choice of Jordan over Jordie Barrett at No. 15 stuck to his scary theme.

“An All Blacks 15 needs to scare you when you kick the ball to them and Jordie Barrett, I don’t think he scares you, he’s not a Christian Cullen,” said Harry.

He opted for Reece and Clarke in midfield because they needed to size up in that area.

He said he opted for a loose trio of Savea, Papalii and Jacobson and left out Ethan Blackadder because “I don’t think he’s scary enough” and Sam Cane because “he’s the slowest flanker in world rugby”. 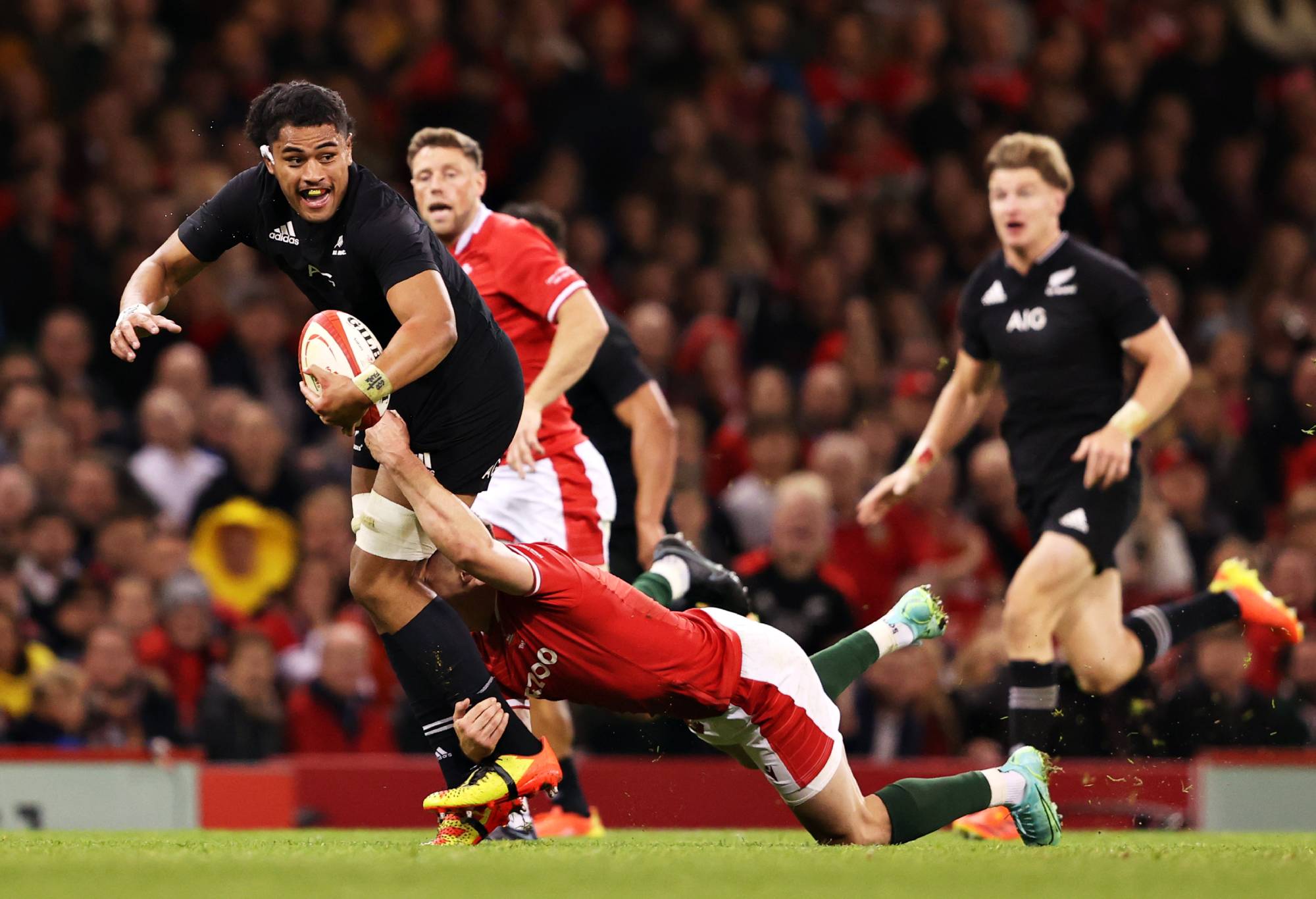 Harry said that while he loves Sam Whitelock he’s “running into Alun Wyn Jones territory” and so he’s opted for Tupou Vaa’i, to partner Rettalick at lock.

Brett had few changes but said “I think I’m going to make an argument for Ethan Blackadder at 6.

“I just think you need a proper workhorse back-rower. That’s not to say Dylan Papalii and Ardie Savea aren’t but they’re different sorts of players – they’re going to be the game breakers.

Parkes, meanwhile, said that because of the way the game is played now he opted for 23 not a XV.

“The tricky thing around ABs selection this year is whether Ian Foster is going to go all in for the World Cup with ageing players like Moody and Whitelock, or bite the bullet now, so he gets a full 18 months of Test rugby into his emerging players,” Parkes said.

“With that caveat around the unknown, here’s how the AB’s might line up for the first Test against Ireland.”

He gives a fascinating insight into his 25 years as a caller at Fox Sports having started as a rugby league caller early in his career.