The old sporting adage ‘defence wins championships’ rang true for NBL champions Melbourne United after they outmuscled the Tasmania JackJumpers to open their play-off campaign with an impressive 74-63 victory.

United stopped the potent JackJumpers’ offence in their tracks during the third quarter of Thursday’s best-of-three series opener at John Cain Arena, holding them to seven points to turn a tight contest into an unassailable 19-point lead.

“We pride ourselves on trying to get three stops in a row at different times and we didn’t get that done once in the first half,” Melbourne coach Dean Vickerman said about United’s mindset in the third quarter.

“So once we established getting two stops, could we take it to another level? And I think there was a run of seven, eight stops during that third quarter and so there was just a better focus.

“I thought in the first half when we got two stops and they’d hit a three or we made a coverage mistake or fouled or something like that.

“So through that third quarter, I just thought we were so much more solid in our coverage and our communication.” 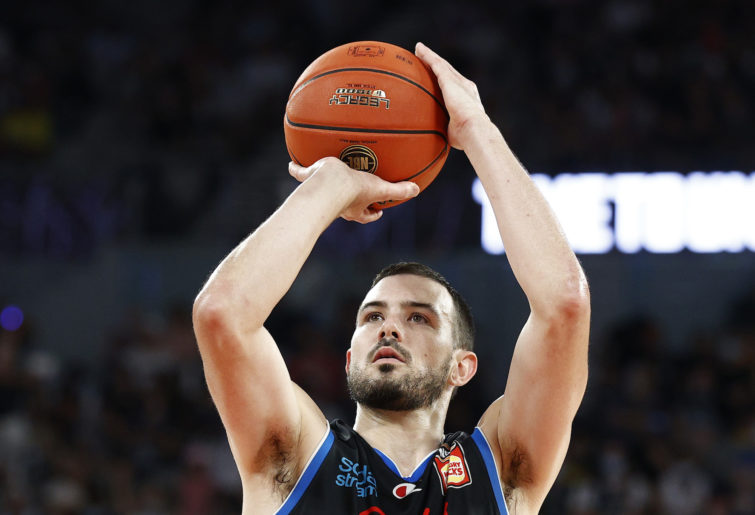 Vickerman’s decision to start NBL Sixth Man of the Year Shea Ili alongside Matthew Dellavedova in the backcourt proved a masterstroke as they harassed Tasmania’s guards from the outset.

“We wanted to come out and really defend, and not give them any opportunities to get on a roll,” former NBA guard Dellavedova said following his first NBL finals appearance.

“To hold them to seven points (in the third quarter) when you know they’ve been playing really well, knocking down a lot of threes, is a great effort by everyone.”

Jo Lual-Acuil overcame a slow start to dominate at both ends of the floor in his 100th NBL game while the efforts of Jack White and Caleb Agada ensured Melbourne enjoyed a lopsided 52-32 rebounding advantage, including an 18-6 edge in offensive boards.

Tasmania absorbed United’s pressure in the first half but finally cracked in the third quarter with coach Scott Roth lamenting a 21-7 collapse.

“Their overall physicality and they got some pit bulls in the backcourt that can really get after you … they’ve got some really good athletes and it’s a hell of a team,” Roth said about the defending champions.

The JackJumpers will attempt to stay alive in their maiden semi-final series in front of a capacity crowd at Hobart’s MyState Arena on Saturday.

“The Tasmanian fans have been absolutely awesome and we are excited to go home and play again in front of them,” Roth said ahead of the JackJumpers’ first ever home final.

“We’ll have great support, there’ll be great energy in the building and it’s playoff basketball – it should be fun.”