Which states have been best represented in Australia's World Cup victories?

In my last article, we saw the sheer excellence of the excellent WA team made up of excellent players who have played in an Australian World Cup victory. Excellent.

And all the stars in the WA sky shine brightly: ‘Shameless’, ‘The Capital’, ‘The Long One’. ‘BJ’ is there too even though he wasn’t there (if you get me).

But what’s the point of picking a team who doesn’t have any opposition? That would just be how NSW feel every year. Or this year’s WA team (16-time Shield champs, BTW).

So who among the other states can firstly rustle up an XI of their own players who have played in a winning Australian World Cup final?

Secondly, is there a team strong enough to take on the excellent WA team? Yeah, right. Like that’s going to happen because WA are 16-time limited-overs champs, too.

A quick check of the Aussie World Cup wins shows there weren’t enough players from Victoria, Tassie, South Australia or Queensland (respectively or disrespectfully) to make up their own state’s World Cup final XI.

Well, of course there were more than enough legends from NSW: an XI plus three extras. A World Cup final squad, if you will.

But I won’t demonstrate the sheer, amazing, brilliant superiority of the premier state by selecting their team. That just seems unfair to all you other states.

No, it really is. I just don’t want to upset anyone here…

Oh fine. Quit shouting, you lot. If you want to see the NSW World Cup final winners team, here it is. Good luck beating them.

*TC: as previously stated, TC is Tony Compliant, in that the players are selected in the batting position they played in one or more World Cup. That’s 100 per cent TC. That’s outstanding.

Check out the squad, peeps. It’s golden. There’s more firepower in that team than 10,000 SWAT. It only lacks a top-line spinner but the quicks will take ten-for every match anyway, so a spinner is surplus.

*Typical Queensland. Half of their four players from five World Cup finals were imports: AB (NSW) and Andrew Symonds (England).

Stuart ‘Breakin’ Tha’ Law pulled the ledger back by one but Queensland, there’s one thing. You don’t have a wicketkeeper! How can you go into the World Cup final without a recognised gloveman?

It doesn’t help that Gilchrist played in three World Cup final wins and he was bookended by New South Welshmen (Greg Dyer and Brad Haddin). 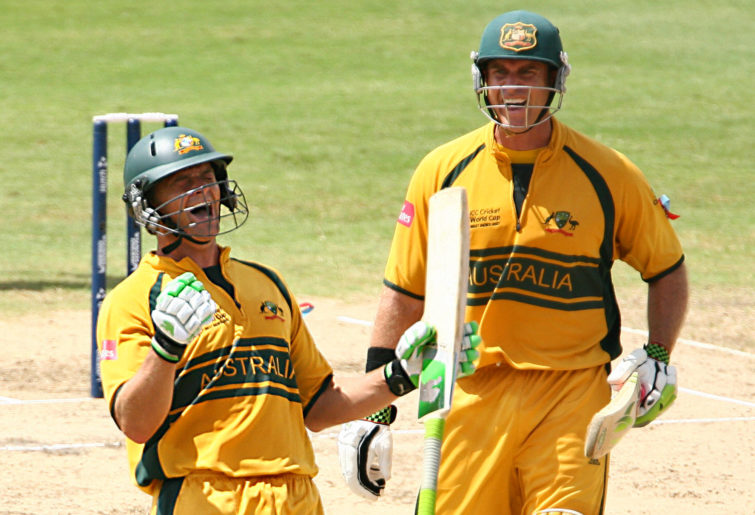 Oh and by the way, Queensland, in a nice touch, the players of the match in our first, middle and most recent World Cup wins were all Tasmanians: Boon in ’87, Ponting in ’03 and Faulkner in ’15.

So three players in World Cup finals. All man of the match. And all proper Tassie boys.

You reading me, Queensland?

And no, Queensland, I’m not putting together some joke hybrid Questavic team because you still don’t have a wicketkeeper.

Here Queensland, have Greg Dyer before you import him like you do everyone else. Or recruit all the stars from Tasmania.

Boy oh boy, they are rubbish.

Wanting a break from yet another trip abroad, Ian Botham and David Gower both preferred to stay home in 1987 rather than play for the minnows. Wonder if they regret it now, and if they do, does anyone really care? 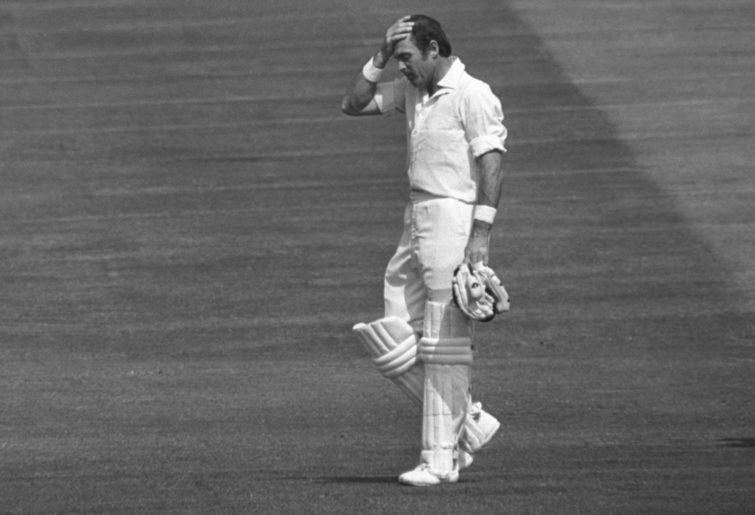 Old, Hendricks, Edmonds and Botham all took two wickets for the minnows losing to Viv Richards in 1979. And with the worst bowling figures of 2-60 off 120, Old carries the drinks.

I do feel a bit bad for Gooch. He was the only bloke to play in all three losing finals and was neither in the top two scorers or among the two bowlers with the best returns in any of them.

So Queensland, if you wanna make a World Cup Finals team you can join the minnows.

I think historians and cricket lovers alike will agree on one thing: this team is rubbish.

See, this is why England are minnows. So, quite clearly, the minnows and their ability to capitulate in finals means that the minnows of England are no match for the might of the westerners.

The non-existent, not-selected Quetasavic team with no keeper was ruled ineligible due to not existing.

So WA continues to dominate.

I’ll let you lot decide who wins in a three-match series between NSW and WA. I’m taking the fifth.

So who’s left? Well, there are two international teams made up of players with fewer than 16 ODIs each, who can challenge these western giants.

They are the West Indies (of course) and the rest of the cricketing world.

So who wins between then westerners and the West Indies/Rest of the World? That’s for another day.

Right now, I’m looking at a career change and trying my hand at importing.