matth
Roar Guru
5th May, 2022
24
Join the conversation
Advertisement
Write for The Roar

The criteria for selection is:
– No representing at senior level: internationals, State of Origin, Prime Minister’s XIII, City versus Country or All Stars
– Current players are excluded
– Players are only eligible for the club they played the most first grade games for

The Cowboys haven’t always been at the forefront of rep selectors’ minds, hence some long-term club stalwarts get a run here, including our first players to achieve 200 games for their club.

Reggie Cressbrook (34 matches) – 1995-1997, eight wins, 24 losses, five tries, 17 goals from 28 attempts
Cressbrook was a Cowboys fullback during their first years in the competition and ended up having a fine career mainly in the Intrust Super Cup.

The ‘Woorabinda Whizz’ had his best year for the Cowboys in 1996, playing 15 games. After leaving the Cowboys, his main club in the Queensland Cup was the Burleigh Bears, where he won two premierships in 1999 and 2004 and played against the touring Great Britain side in 1999.

In 2015, Cressbrook was named in the QRL’s Queensland Cup 20th Anniversary Team. He scored over 1000 career points in that competition.

Ashley Graham (161) – 2006-2013, 71 wins, 90 losses, 84 tries, 25 goals from 36 attempts, six finals, three wins
Cairns-born Ashley Graham was picked up by the Cowboys after four injury-plagued years at Parramatta, where he had burst onto the scene as a teenager and been their Rookie of the Year in 2002. Graham went on to play over 150 games for the club and more than 200 first-grade games in total.

Graham was the Cowboys’ Player of the Year in 2011 and the competition’s equal top try scorer in 2012. His 84 tries for the club ranks him fourth on their all-time list.

Graham is still a member of the Cowboys’ coaching set-up.

A combination of injuries and being caught behind players such as Ty Williams and Matt Sing meant Sweeney played 49 games for the club over the next five years.

Bowen got his start after starring for the Northern Pride, the Cowboys’ feeder club, winning the 2014 grand final, plus the interstate challenge over Penrith, where he scored a hat trick in the close win. Bowen also represented Queensland Residents.

Bowen continued to mainly play for the Pride, receiving irregular call-ups for the Cowboys as injury cover. After losing his Cowboys contract in 2020 he fought back and got a new deal in 2021.

Bowen fought his way into the starting side but unfortunately did his ACL and MCL and retired from football, aged just 28.

The Newcastle junior debuted in 2007 for the Cowboys after junior stints with Newcastle and Parramatta and played three years in North Queensland, including their 2007 run to the preliminary final.

The centre knew his way to the try line, with 30 tries over his 73-game career, including scoring on debut for both clubs.

After leaving Manly, Farrar then headed to France to play for Catalans under Trent Robinson. He returned to Manly but did his ACL in his first game in the NSW Cup and finished with the London Broncos.

Farrar helped out with Newcastle’s NRLW team in its debut season this year.

A versatile player, Smith alternated between five-eighth and second row across his career. But he was in the number six as the Cowboys reached their first grand final in 2005 as well as for their 2007 finals campaign.

Those finals were the last for Smith, with the club letting him go at the end of 2008.

Chris Sheppard (61) – 2001-2008, 22 wins, 37 losses, five tries, two field goals
Sheppard was a smart half who plied his trade with the Cowboys and then St George Illawarra. His best season was 2003 when he was the starting halfback and played 22 games for the season.

After finishing his NRL career, Sheppard took Queensland Cup side Northern Pride to a premiership in 2010, winning the man of the match award in the grand final.

This was after the club was running dead last about half way through the season. Sheppard later became CEO of the club. These days Sheppard runs the Mareeba Leagues Club.

After being scouted from Tully in North Queensland, the local lad and gave great service over eight seasons at the club, being the first to play 100 games, a captain of the club and the last original player to leave.

After retirement, Jones worked in various management roles with the club and with the Townsville Blackhawks. 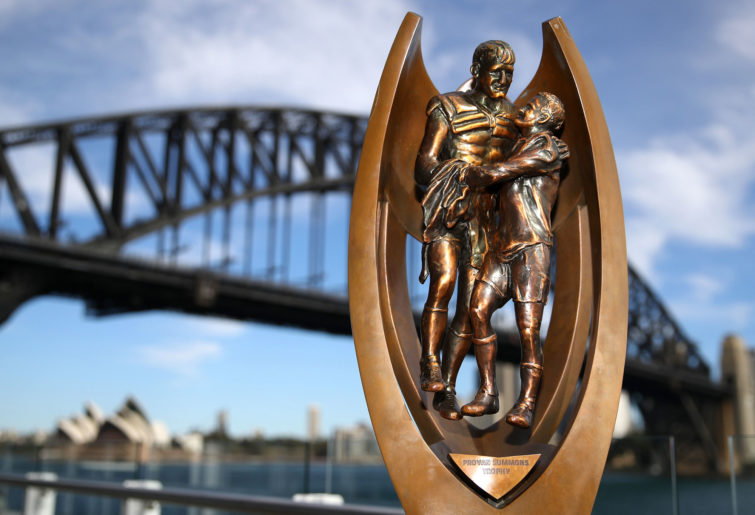 Southern was a regular in the side from his debut in Round 12 of 2004, never playing less than 18 games a season until a serious knee injury ruined his final season in 2010.

Southern subsequently left the Cowboys for a season at Newcastle before finishing his career with a stint in England as captain of Wakefield Trinity.

The Bankstown junior had a couple of seasons with Canterbury before trying his luck with Souths and the Sydney Roosters with limited opportunities.

At this stage Hall had played just 29 top-grade games over five seasons. But then he found his place with Manly and immediately became a regular in their starting side.

After missing their 2007 finals campaign with injury, Hall was a member of their premiership-winning side in 2008 as well as their World Club Challenge victory the following year.

After 2009, Hall headed over to England to play for Bradford and most would have thought his NRL career was over. However he returned after just one year to join the Cowboys.

Over the next four years, Hall gave the club stellar service, pretty much signing a series of one-year contracts, but playing at least 23 matches each year. He played finals with the club every year.

Hall only played a handful of games in 2015 and unfortunately missed the Cowboys’ long-awaited premiership.

Instead Hall was on the losing side with the Townsville Blackhawks in the Queensland Cup decider, before finally hanging up his boots. He is currently the football operations manager at the Cowboys.

Courtesy of SeaEagles.com.au, here is Hall’s recollection of making a break in the 2008 grand final.

“’Ox’ (Matt Orford) fed me the pill and I thought I was about to get folded. I was saying to myself, “just catch it, just catch it”. I think the lights in the stadium had just got turned on and the shine on my white legs was enough to blind the Storm for a split second long enough for me to slice through. After that I panicked. I think it was the first, and last time, I ever tasted fresh air, and I had no bloody clue what to do. I went through all possible scenarios very quickly in my head. Do I put on a Benji Marshall step? What would it look like if a middle player chipped and chased in a GF? What if it comes off? Fortunately, I did what anyone else in that situation would have done. I prayed for ‘Snake’ (Brett Stewart) to be there. He was pretty much walking alongside me and I got a very ordinary pass to him and then for him to deliver the flick pass to Steve Bell was another thing. How good!”

This is a bit odd since he was exactly the type of honest worker that used to thrive in the Queensland jersey.

Bolton was an Innisfail junior and one-club player for the Cowboys from 2007 to 2019. Starting as a back rower, he moved up front later in his career and gave great service, including being a member of the club’s premiership team in 2015.

This was despite missing a majority of the season after slicing his finger open while fishing.

Bolton was also a part of the Cowboys’ victorious World Club Challenge side in 2016 and their grand final team of 2017 and was made a life member of the club, having played the fifth most first-grade games in their history. 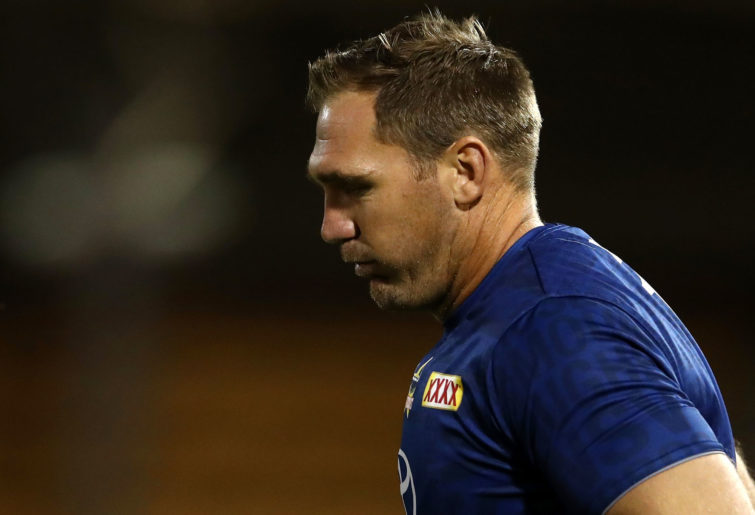 Tronc joined in 2004 after starring for Redcliffe as they won the Queensland Cup in 2003. He made an immediate impact in the NRL and started in the front row of every finals match played by the Cowboys in 2004 and 2005.

Tronc gave solid service over the next three seasons before moving to England for a short stint. He returned in 2010 to play for the Brisbane Broncos but retired after just four rounds into 2011 due to a neck injury.

I was tempted to make a special exception for Jake Granville, who is unlikely to play rep footy from here, but rules are rules. Unfortunately, 200-game stalwart Aaron Payne played a single match for the NRL All Stars.

He was picked up by North Queensland in 1998 and debuted the following year before giving seven years’ service to the club, without ever quite nailing down a starting spot.

His best years were 2003 and 2004, but the emergence of Aaron Payne meant that McWilliams played the 2004 finals series from the bench and then spent most of 2005 in the Queensland Cup, where he won a premiership with the NQ Young Guns.

The Townsville-born half was a regular in first grade by 2013 and played 25 games for the club in 2014, including the club’s two finals matches.

After a troubled 2015, Lui was released by the club and headed off to English Super League with Salford and then Leeds, playing 130 matches in total and winning a Challenge Cup with Leeds in 2020.

After 13 seasons at the top level, Lui has returned to Australia to play with the Townsville Blackhawks in the Queensland Cup.

Rod Jensen (58) – 2004-2007, 31 wins, 27 losses, 19 tries, five finals, three wins
‘Rocket’ Rod Jensen from Atherton was a bit of a cult figure in North Queensland over a four-year career, after stints with the Adelaide Rams and Canberra Raiders. He played from the bench in the club’s 2005 grand final loss to the Wests Tigers.

After leaving the Cowboys, Jensen spent a couple of seasons with Huddersfield in England before returning for a number of seasons in the Queensland Cup with the Northern Pride, including a premiership in 2010.

Despite debuting back in 1998, Jensen was still running around in the Cairns competition in 2015, playing his final game as he won a title alongside fellow ex-Cowboy Ty Williams.

Jensen became CEO of the Pride and then has spent his time with a foundation helping underprivileged Indigenous boys.

Mark Shipway (91) – 1997-2001, 23 wins, 64 losses, nine tries
Mark Shipway spent five years with the Cowboys as a centre-turned-second-rower. He also played for Manly, Salford in England and then finished with the Redcliffe Dolphins.

Shipway had actually started in Redcliffe before joining the NRL and played in grand finals with the Dolphins at either end of his career, in 1996 (lost) and 2006 (won).

Shipway said about his debut for the Cowboys: “I remember we kicked off and I was pretty keen to get down there so I sprinted down and then had Rodney Howe coming flying back the other way right at me.”

Kyle Warren (87) – 1997-2001, 23 wins, 59 losses, 26 tries
Kyle Warren’s career at the Cowboys was during the same period as Mark Shipway. Warren was a North Queensland junior but was signed by Manly and couldn’t break into first grade.

He ended up playing in Toowoomba where he won a Queensland Cup premiership in 1996, beating Shipway’s Redcliffe team.

The following year, Warren broke straight into the Cowboys’ team and gave good service for five years before joining Castleford in England.

After a season he returned to Australia and played for Ipswich in the Queensland Cup and then in the Toowoomba competition before retiring.