It just had to be them. Real Madrid.

Pep Guardiola’s oldest professional nemesis thwarted yet another run to the Champions League final for his monumental-spending football club.

Clear and headed for Paris from one minute and 32 seconds in the first leg until 90 minutes and 50 seconds in the second leg, for nearly 180 minutes the English champions and last year’s runners-up had one foot on a flight to the French capital.

And yet, something happened. Something near on unbelievable if not for the fact it was achieved.

Two goals in Fergie time. Another rival of the citizens haunting them, clawing them back at the last leap to glory.

Rodrygo did the damage to deliver the goods.

The first goal, in the 90th minute, swept past Ederson from a Karim Benzema flick back. 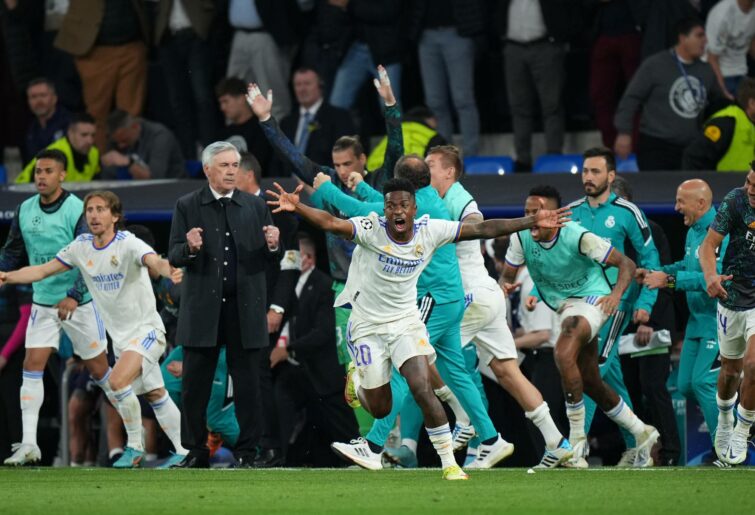 The second, in the 91st minute, was a striker’s header from the Brazilian winger. He was fed by perhaps Madrid’s most maligned player on this unlikely run, Dani Carvajal.

From that point, there was only ever going to be one winner.

There is probably no other club capable of achieving what Real Madrid have achieved – not just against Manchester City, but throughout their whole run.

Three times they were knocked down, like Tyson Fury in the 12th round against Deontay Wilder. And three times they resurrected, regrouped, and removed their opposition.

After all, why shouldn’t it be them?

The Champions League always has been and always will be their competition. It is in the club’s DNA to fight until the death, especially in this, the most glorious of competitions. Manager Carlo Ancelotti said just as much post-match.

“It’s the grandeur of this club. The club won’t let you give up. It looked like everything was over, but the club gives you the strength to carry on. At that moment it all looked finished, but we found that last burst of energy to level the tie at the last moment and then we had the momentum with us.”

Much of the post-match conjecture will be centred on yet another failed Champions League campaign for Pep Guardiola and Manchester City.

Indeed, there is an argument that, more than anything, City lost the game rather than Real Madrid won it.

They had it, as Martin Tyler said in commentary, “in the palm of their hand.”

Riyad Mahrez rocketed them a step closer in the second half – yet they failed to clinch the chance to hammer the final nail in the coffin.

They had chances, hammer in hand. But those chances were denied by Thibaut Courtois’ stud in the 86th minute, or his palm in the 105th, or Ferland Mendy’s bootlaces in the 87th.

But it wasn’t meant to be.

City could be forgiven for resting on their laurels.

They could be forgiven for thinking that, after nearly two full matches in the driver’s seat, they would be able to park the car securely in Paris.

What City can’t be forgiven for is not getting with the program.

In the 85th minute, Real Madrid had completed seven comebacks this season. By full-time City had become the eight, and the third in the Champions League knockout stage.

They were not made to suffer, as Guardiola said post-match. But they left scathed and hurt at the result. 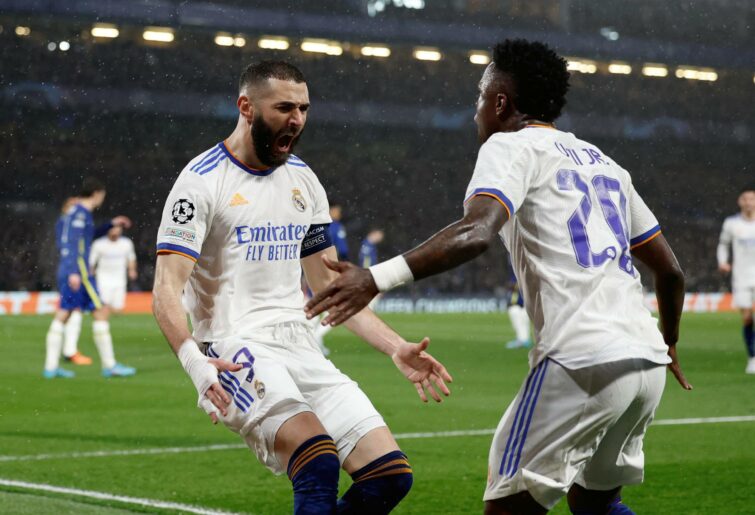 Wind the clock even further back, to Madrid’s most famous comeback this century in Lisbon for the 2014 Champions League final.

Madrid’s cross-town rivals, Atletico Madrid, held the trophy in their hands for 90 minutes. But when the clock struck 90, the pendulum began to swing, culminating in a soaring Sergio Ramos rising above both sides in the 93rd minute to head home the equaliser and inspire a rampant Real to a 4-1 victory.

There is something about this club, that even from the depths of defeat, victory is still attainable.

From the jaws of defeat, they still survive to live another day. Add another tale to the storied history book of football’s biggest club. Three comeback scalps in this season’s Champions League alone are testament to that.

For City, they will need to re-group and focus purely on their title charge.

For Real, their 35th La Liga title is already secured, safely perched somewhere in the hallowed halls of the Bernabeu.

They will now surely focus on winning their 14th Champions League title and their fifth in ten years.

Their opposition are an old foe: a victim four years ago in Kyiv. Liverpool know exactly what it’s like to play Madrid in their competition.

And in the midst of fight to win their second Premier League title since the pandemic hit, Jurgen Klopp and his men must also prepare to play a side that feel divinely guaranteed to win.

They are a side that will present the Reds their toughest fight for the year.