Should the A-League Men final-round fixtures kick off simultaneously?

Melbourne City will win the premiership if they defeat Wellington Phoenix tonight, but would the A-League Men be better off if every game in the final round kicked off simultaneously?

We should start with the obvious point that the final round of the season isn’t running to schedule anyway.

COVID restrictions and numerous postponements have left the A-League Men competition playing catch-up all season, with the net result being that the last few weeks have consisted almost entirely of rescheduled fixtures.

So, the games we watched on the weekend didn’t match the original fixture list anyway.

But it’s hard not to wonder, given Melbourne Victory’s 4-1 thumping of Sydney FC on Saturday night and Adelaide United’s 2-1 win over Western United on Sunday, whether the drama wouldn’t have been heightened by having every game kick off simultaneously.

Or at least the games involving the three Melbourne teams. After all, it’s not every day you have three clubs from the same city all vying to win the same piece of silverware. 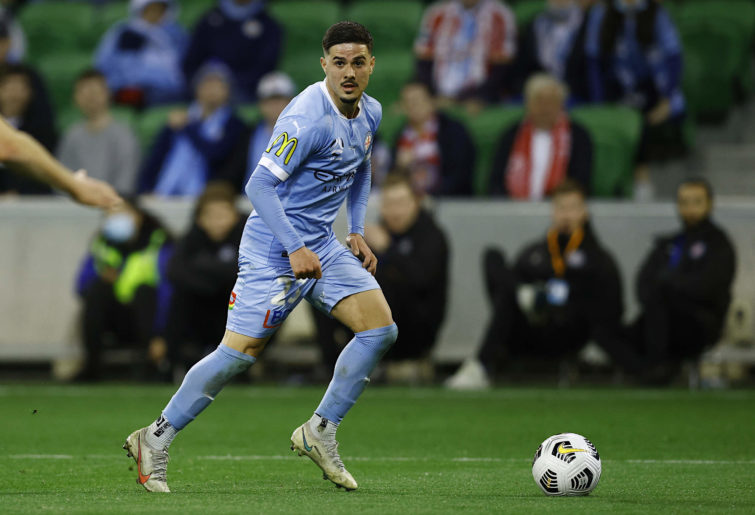 It’s not like Paramount+ haven’t been scheduling simultaneous fixtures all season anyway. Saturday night’s clash between arch-rivals Sydney FC and Melbourne Victory kicked off at the exact same time as the F3 Derby in Gosford.

It’s a decision that has baffled regular viewers – even though the whole point of it is drive Paramount+ subscriptions – and you wonder if some Goals Rush-style coverage showing all the goals from around the grounds wouldn’t have made for more entertaining viewing.

But then you have to wonder whether any of this feedback is getting through to Paramount+ at all.

The whisper around the traps is that the APL is quietly dismayed by certain aspects of the coverage, not least the fact that you still can’t pause or rewind games mid-stream.

Whether they’ve been able to make that clear to a company headquartered in Midtown Manhattan remains a mystery, although given the fact these issues have remained throughout the season, you’d have to think probably not.

That said, it’s no doubt helpful to retain a sense of perspective around their entry into the Australian streaming market and the fact the A-Leagues would probably no longer exist had it not been for Paramount’s desperately needed injection of capital.

For all the complaints, it’s not like you can’t actually watch the games on Paramount+. It’s just that there’s ample room for improvement.

Which is the same that could be said for Melbourne City, who go into tonight’s make-or-break clash with Wellington Phoenix on the back of a shock 2-0 loss to cellar dwellers Perth Glory.

Having also been knocked out of the AFC Champions League in such deflating circumstances, Paddy Kisnorbo’s men are no doubt desperate to head into the finals with a bit of momentum behind them.

They’ll come up against an in-form Wellington Phoenix side coached by one of the most underrated tacticians in the league.

Will Sydney FC make a move and try and snatch Ufuk Talay away during the off-season?

The Sky Blues’ defeat at the hands of Melbourne Victory on Saturday night summed up their campaign, with the retiring Bobo not exactly receiving the sort of send-off his countless goals deserved.

Will Milos Ninkovic go around for another season? And how will Sydney FC fare commercially now that chief executive Danny Townsend is moving on full-time to the APL?

It’ll be an intriguing off-season in Moore Park, but before that the finals should conjure some equally compelling storylines – not least because rank outsiders the Central Coast Mariners have already booked an unlikely spot.

And with the first legs of the two-legged semi-finals taking place on a weeknight, we’ll be spoiled for choice with games to watch on Paramount+.

Let’s just hope it’s an entertaining finals series. On the back of a difficult premiership campaign, the A-League Men could certainly use it.