The Roar
11th May, 2022
3
Join the conversation
Advertisement
Write for The Roar

The FightMND campaign has lost Neale Daniher’s voice but not his infectious enthusiasm and determination.

The 61-year-old AFL great, who was diagnosed with motor neurone disease in 2013, was in good spirits at the launch of this year’s Big Freeze fundraising event on Wednesday at the MCG.

But the disease, which has no cure, has affected Daniher’s speech to the point where daughter Bec spoke on his behalf.

“Dad’s going OK. MND continues to land blows against him and unfortunately this year he can no longer be the voice of the fight against MND,” she said.

“It’s our opportunity now to step up and take the lead on his behalf, as well as all those people that are battling MND.

“But he remains so positive and so motivated in the fight that we won’t stop until we find that answer.”

FightMND supports people with the disease and also funds research into a cure.

The Big Freeze returns to the MCG next month when Melbourne and Collingwood do battle in their traditional Queen’s Birthday clash.

Fans will march from Federation Square to the ground before the match for the first time since the route was renamed Daniher’s Way in January last year. 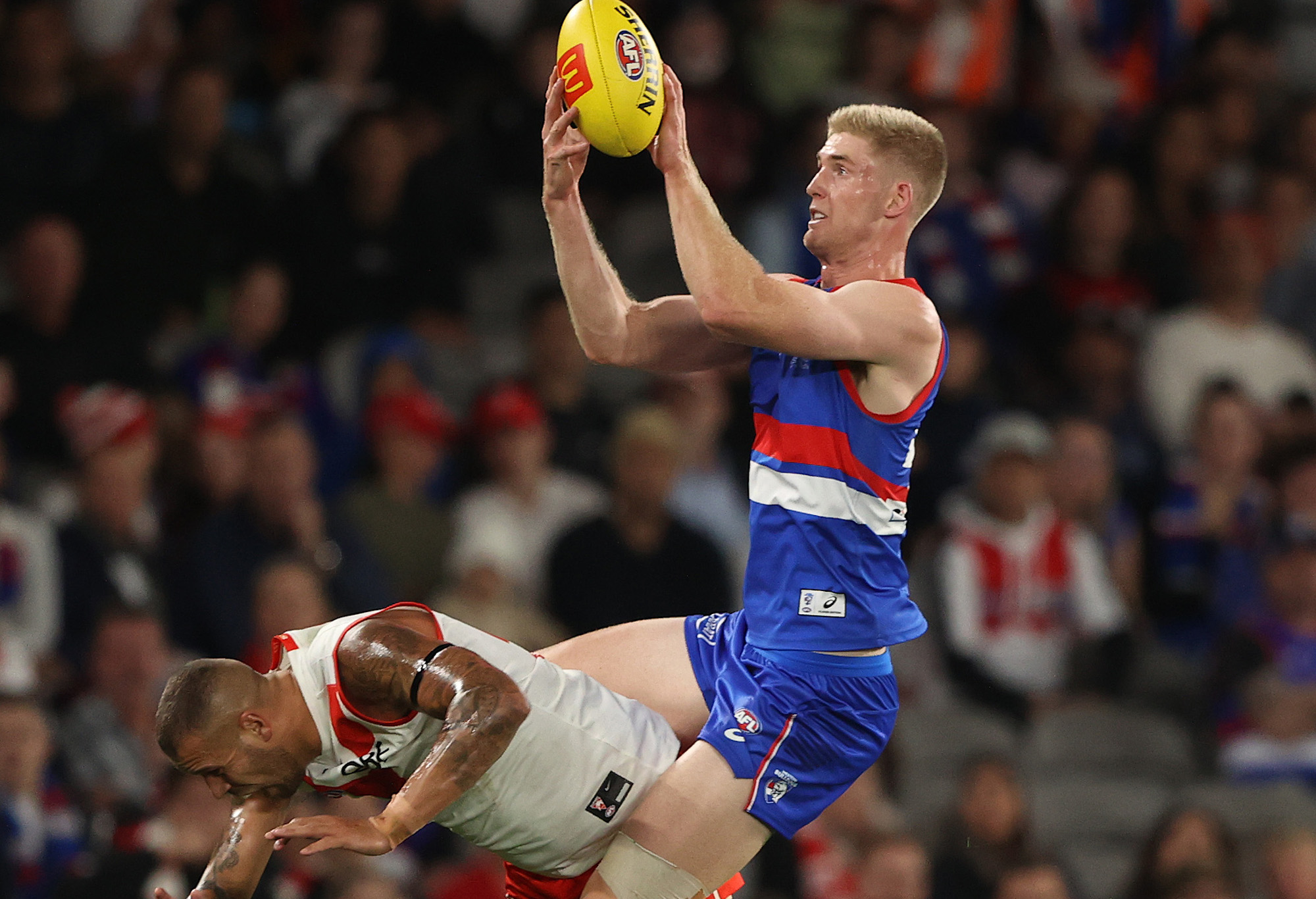 English delayed, Hunter on way back

A bout of flu has pushed gun ruckman Tim English’s return back another week, while the Western Bulldogs expect Lachie Hunter’s return at the AFL club within a month.

“Tim unfortunately is ill, he’s crook. So he won’t play,” coach Luke Beveridge said. “He’s recovered from the injury but he’s really sick. I think this flu that’s going around has got a hold of him and it’s knocked him around.

“It’s whatever the heavy dose of this flu is, it’s really floored him. So we’ll miss him this week again.”

Winger Hunter has been away on personal leave since April 19. “Lachie’s going OK,” Beveridge said.

“He’s putting some things in place away from the club and we anticipate probably in a month’s time that he’ll probably re-enter the club and get going again and we’ll see how he’s going. That’s probably the timeline.”

Beveridge said “one or two” other players had the flu this week but were OK, and confirmed Bontempelli had been “bedridden” with illness last week.

He expected Keath’s return to significantly bolster the Bulldogs’ aerial presence after they were shown up against Port Adelaide, but said forward Jamarra Ugle-Hagan was “unlikely” to earn a recall.

In positive news for the Dogs, who sit at 3-5, father-son No.2 draft pick Sam Darcy will finally play in the VFL this weekend after recovering from a long-term foot injury. 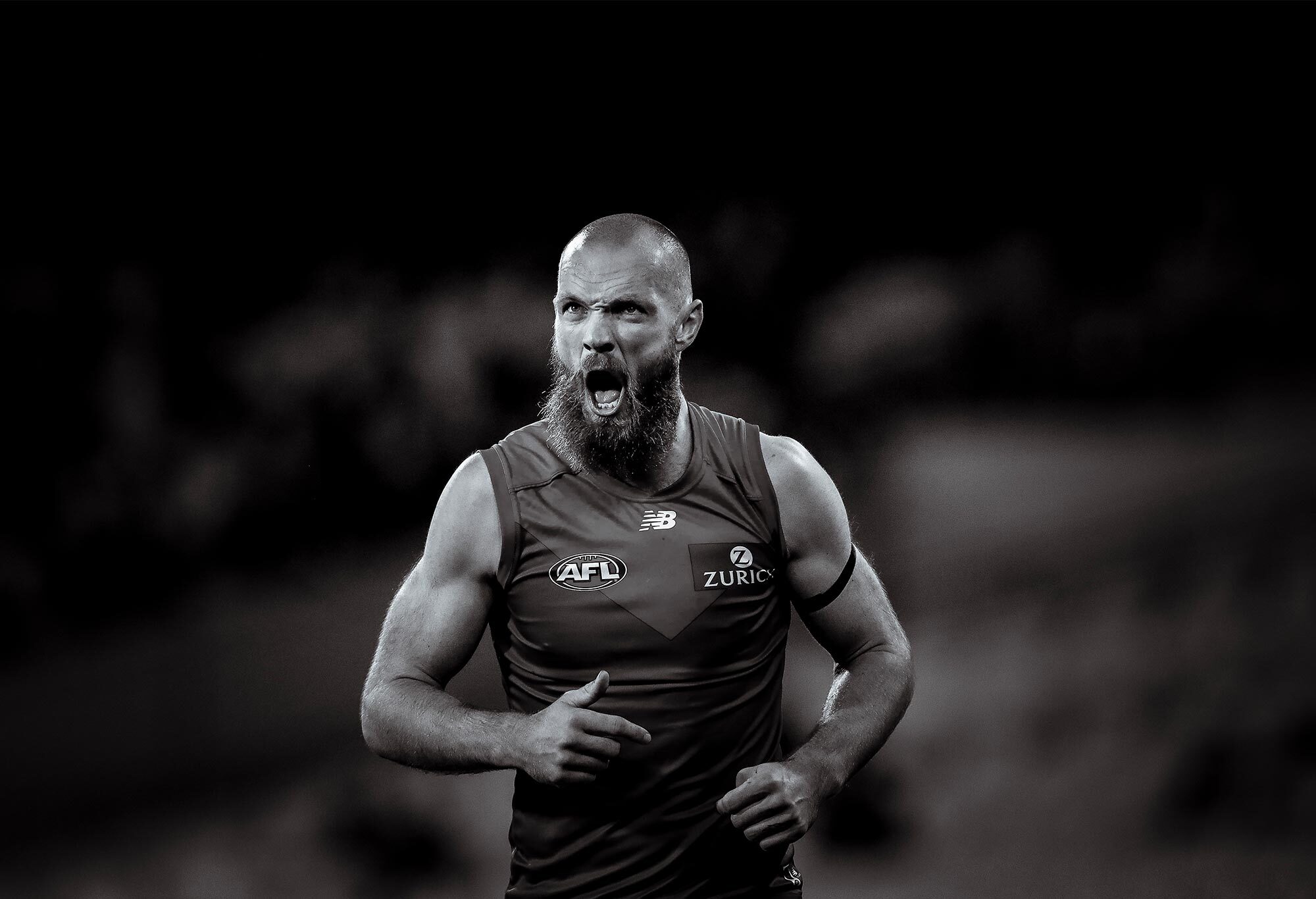 Melbourne AFL captain Max Gawn has avoided any structural damage to his knee and looks set to face West Coast.

Gawn hurt his knee in a ruck contest with Paddy Ryder in Melbourne’s win over St Kilda and had scans on Monday.

The results came back clear on Tuesday, allowing Gawn to train this week.

Gawn had already played down the severity of his injury and hadn’t expected to miss any game time.

“It’s not that bad, I managed to play out the game,” Gawn told Nova radio on Monday.

“I did sit forward a lot, Luke Jackson did a lot of the ruck work in the second half, but I think I’m OK.”

The Demons will come up against a depleted Eagles ruck division on Sunday, with Nic Naitanui (knee) and Bailey Williams (hamstring) sidelined.

In further good news for Melbourne, classy defender Christian Salem will return to training this week and is expected to be available for selection in the next fortnight.

The premiership half-back hasn’t played since round one after requiring surgery on chipped cartilage in his knee.

Selwood was ruled out of last weekend’s win over GWS because of a thigh injury while Stanley was a late withdrawal due to an ankle complaint.

But Cats coach Chris Scott says both will likely return for the Marvel Stadium clash between his fifth-placed side and the seventh-placed Saints.

Scott says skipper Selwood is fresh from his week off.

West Coast midfielder Elliot Yeo has become the latest Eagle to enter the AFL’s health and safety protocols, while injured forward Willie Rioli has flown to the Northern Territory to spend time with family.

The Eagles hit the headlines in recent days after seven players broke club guidelines by visiting a Perth nightclub during the peak of Western Australia’s COVID-19 outbreak.

Jackson Nelson, Josh Rotham, Jake Waterman, Campbell Chesser, Rhett Bazo, Hugh Dixon and Patrick Naish were all fined $5000 each – with half of that amount suspended – for partying a night after the club’s 109-point loss to Richmond in Round 7.

West Coast have been ravaged by injuries and COVID-19 this season and the club confirmed on Tuesday that Yeo has entered the health and safety protocols, ruling him out of Sunday’s clash with Melbourne at Optus Stadium.

Yeo has missed the last two games with concussion, and his 2020 and 2021 campaigns were heavily affected by osteitis pubis.

“He has had a pretty average run,” Yeo’s teammate Liam Duggan said on Tuesday. “It’s been a tough couple of years for Yeo really with his groins and stuff like that. 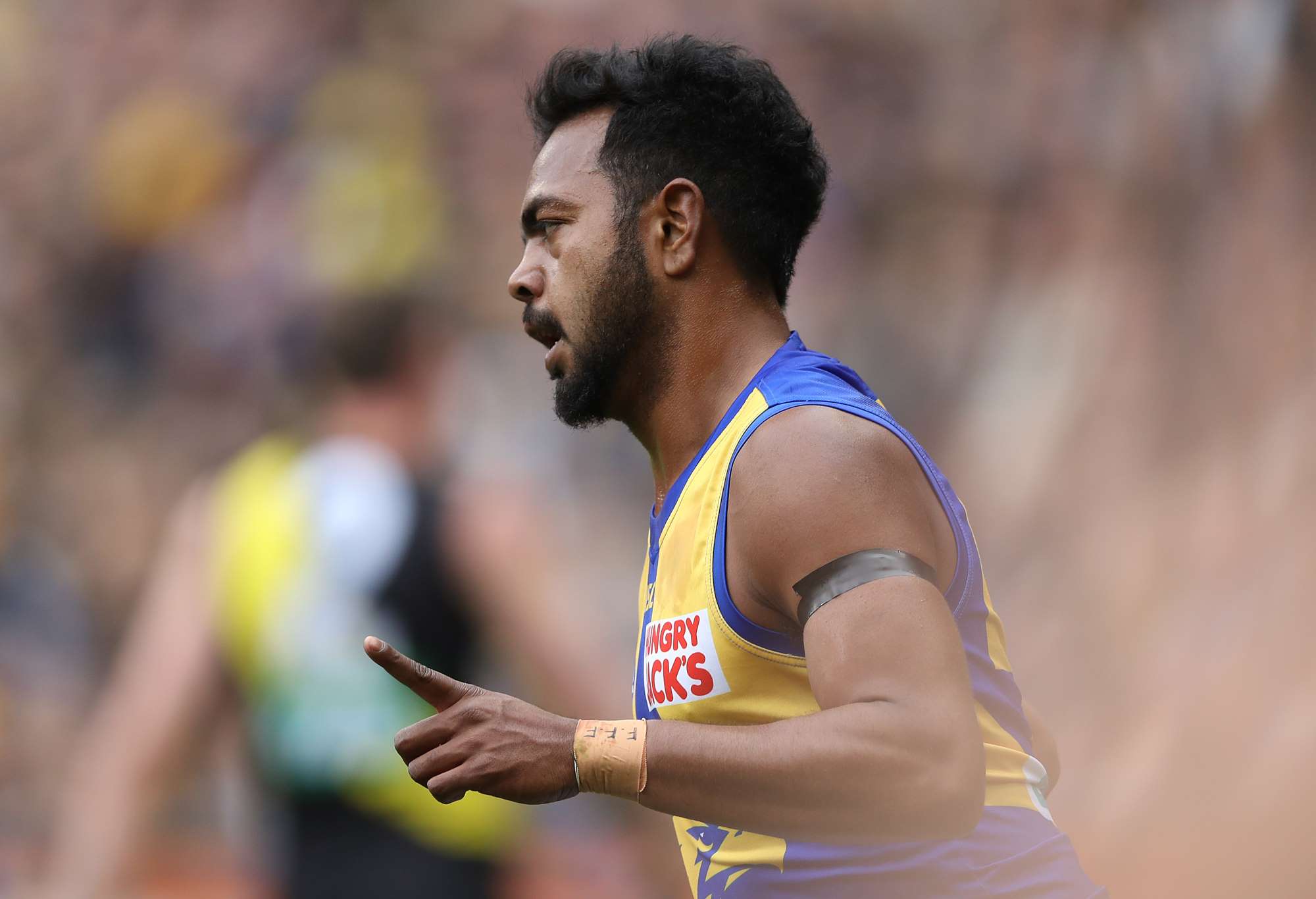 “We feel for him, but it (COVID-19 protocols) is something we’ve all had to deal with across this year and we’ll probably continue to deal with.”

Rioli made a stunning return to AFL ranks this season following two years out of the game, booting eight goals across the first three rounds.

His form tapered after that before suffering a hamstring injury in the round-seven loss to Richmond.

Rioli is set to be sidelined for at least another week and he’s been given permission to spend a few days with family.

“His family is in Darwin and we’re a family club, and that’s really important to us that the boys are able to reach out to their families when in need,” Duggan said.

“If that’s what Willie needs, then I think that’s a good thing for him.”

Eagles coach Adam Simpson says the players caught up in the nightclub controversy need to earn back the trust of their teammates and the club.

Duggan said there were no “hard and fast” rules about which places the players can and can’t visit. But he said it was obvious a nightclub was a no-go zone.

“It is disappointing obviously and a pretty big error in judgement,” Duggan said.

“Obviously we’re disappointed, but they’re still our mates and our teammates and we need the best out of them. “Those boys will learn from it and I’m sure they won’t be making those mistakes again.

“The club put out guidelines on staying away from those high-density areas, and as part of those the boys have obviously misread those cues.”