State of Origin is just around the corner with players having just three weeks left before the teams are announced for game one.

Queensland will be looking for a few fresh faces under new coach Billy Slater after copping a battering last year while Brad Fittler will need to add some new talent to his squad with Latrell Mitchell, Ryan Papenhuyzen and potentially Cameron Murray set to be unavailable for the series opener.

The interstate showdown kicks off on June 8 at Accor Stadium, returning to Sydney after all three matches were held in Queensland last year because of the COVID-19 pandemic.

NSW will start raging hot favourites to start the series with a win before game two in Perth and the series finale in Brisbane.

The Roar experts have their say and if you’d like to do likewise, fire away in the comments section below.

For the Queenslanders, Murray Taulagi is ready for Origin, he’s been playing the house down on the wing for the Cowboys and I know Billy Slater will be keen to get a back three who can make plenty of yards early in sets. The other one up north is his teammate, Jeremiah Nanai, who is also eligible for Queensland and wouldn’t look out of place.

For the Blues, with the injury to Ryan Papenhuyzen, I think they should look at Nicho Hynes for the bench utility role – he would be able to cover plenty of positions and he’s in top form for the Sharks.

Toby Rudolf has the size and athleticism to give NSW impact from the bench, backing up first-choice props Payne Haas and Junior Paulo. Blues coach Brad Fittler favours mobility over the bigger-bodied forwards but the uncapped Cronulla prop can provide both. 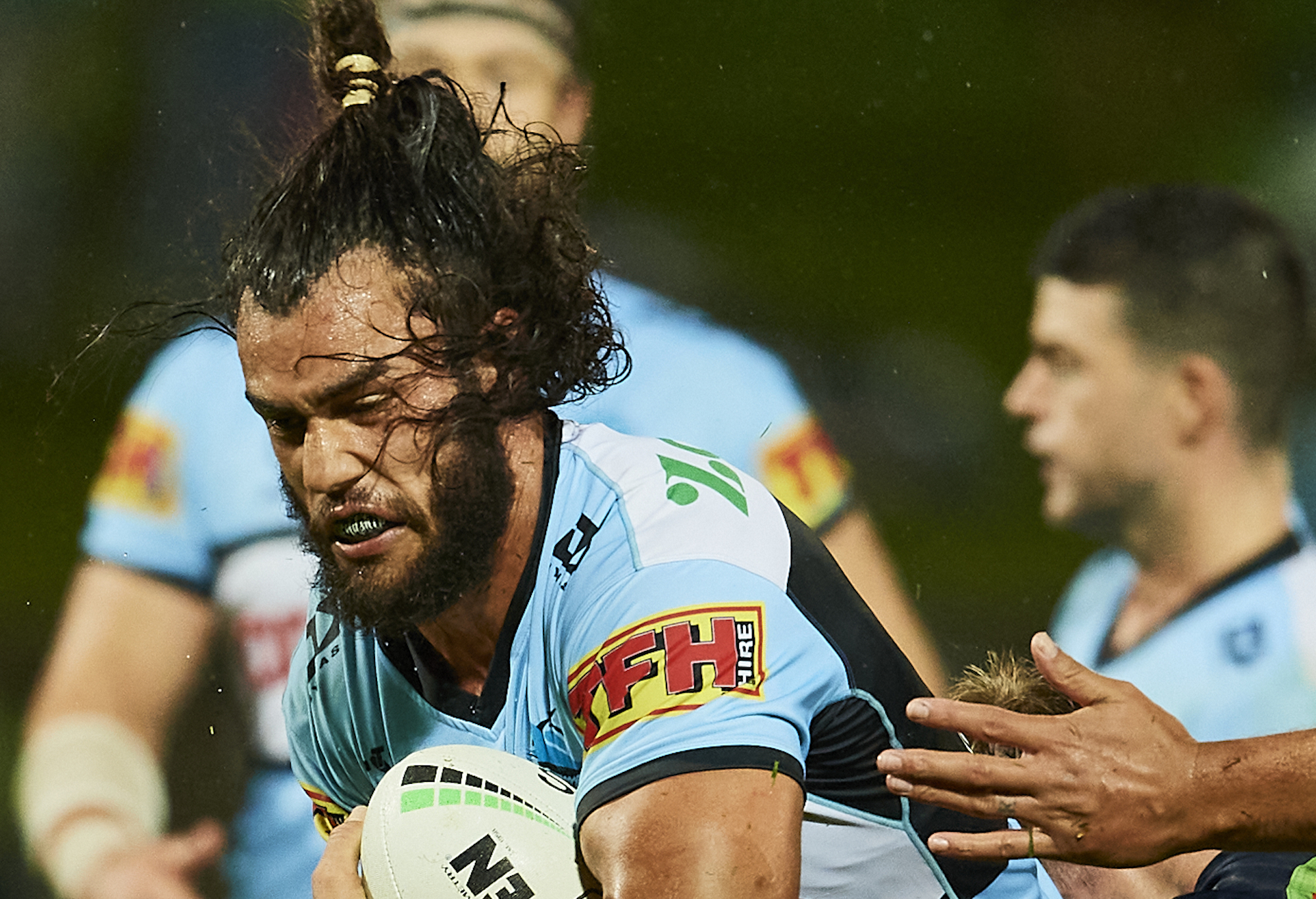 Queensland should look at finding room somehwere in their game-day squad for Manly second-rower Ethan Bullemor. His form has been strong since switching from Brisbane and with David Fifita and Jaydn Su’A sidelined, they might need a fresh face on the bench who can cover the edges.

My two uncapped Origin selections are both playing some sensational footy up in Nth Queensland: For NSW, Reece Robson. I have been a HUGE fan of Robson’s for ages. A very underrated player and it’s so good to see him finally getting some recognition. He reads the game well, quick out of dummy half and strong in defence.

He made the most tackles out of either side against the Knights on Saturday. After that match Todd Payten agreed with a comment that he is a bit of an ‘unsung hero’  and replied “I think he is the best defensive hooker in the comp … really tight … movements are good …he leads our line speed … and he doesn’t miss many.”

For Queensland, Reuben Cotter. What a year this guy is having. Very Cam Murray-esque. Absolute workhorse. He played the full 80 minutes against Parramatta and didn’t miss a single tackle, and made the most tackles from either side. He can play anywhere in the back row or front row, and with the likes of Christain Welch unavailable I think he would be a brilliant asset to the side.

Keaon Koloamatangi was part of the Blues squad last year and is a player that has been a stand out in a struggling South Sydney side. NSW have plenty of back-rowers, but given his form Koloamatangi would not look out of place in a sky-blue jersey. Additionally, with Latrell Mitchell likely to be out for Origin I, that may open the door for Campbell Graham at centre who already has an exciting combination with Koloamatangi. We’ve seen Brad Fittler opt for combinations in the past (i.e. Nathan Cleary and Jarome Luai), so he may do the same here too.

Jeremiah Nanai has been extremely impressive for the Cowboys. The Maroons have struggled with in the pack for sometime now and he could provide the firepower they need. 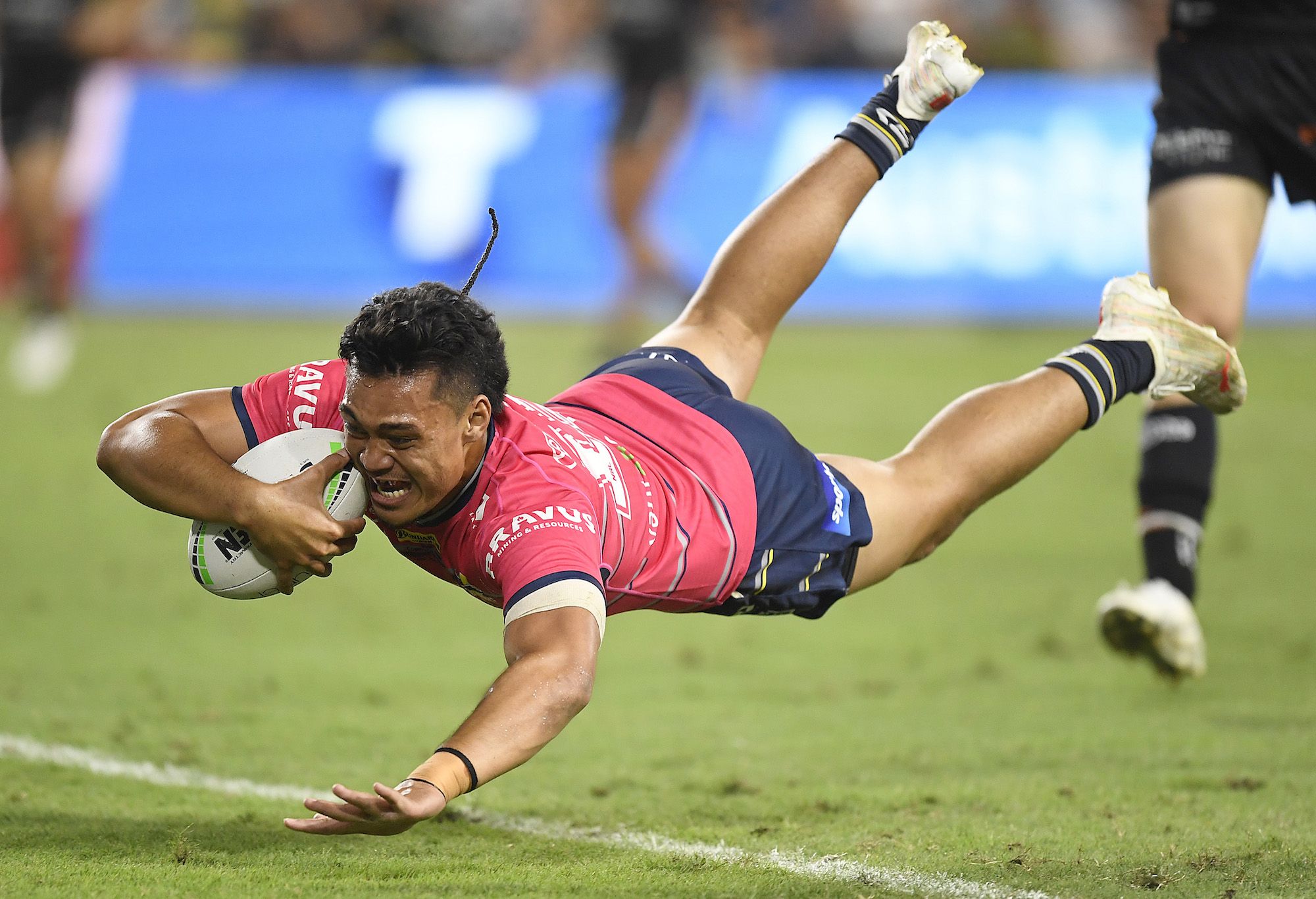 Queensland took a 76-6 walloping in the opening two games of the 2021 Origin series before their gutsy win in the dead rubber at Cbus Super Stadium on the Gold Coast in Game Three. Without any home-field advantage, NSW exposed the chasm in class between the two sides during the opening two matches and whilst it is unlikely we will see a similar scoring disparity this season, the Maroons do need to throw something far more threatening at the Blues.

The selection of Jeremiah Nanai could go some way towards doing that, with the edge forward playing a key role in the Cowboys success in 2022 and being seemingly destined for representative footy. He is raw at just 19 years of age, oft penalised and still learning, however, there is a serious footballer developing within and Billy Slater could do worse if he is looking for some x-factor to threaten what will be a powerful Blues line-up.

The absence of Latrell Mitchell for Game One presents a challenging situation for coach Brad Fittler, with Stephen Crichton and Siosifa Talakai in the running to take up a place in the centres. While Talakai has been nothing but superb for the Sharks this season, Crichton should be the man Fittler goes with. Now heading past the 60-game mark with Penrith, he has the maturity and match awareness to go with his exceptional talent.

Talakai will threaten any defence, yet Crichton’s familiarity with the other Penrith members of the squad will play heavily in his favour when it comes to selection.

If you’re looking at a centre for NSW because they’re stretched there, the obvious answer is Stephen Crichton. It’s kind of amazing for me that he is yet to feature in Origin, but that shows the quality of options that NSW have had in his position. Now that depth is stretched, he should get a run.

Queensland should bring in Reece Walsh – it’s easy to forget he hasn’t yet made an Origin appearance, but with Kalyn Ponga less than impressive as a fullback, Walsh has been the best for the Warriors and I’d pick him.