Waratahs coach Darren Coleman has told Wallabies selectors they need to give Jed Holloway a Test debut this year after the lock’s stellar return to Super Rugby.

On Thursday, the Tahs announced Holloway had extended his deal with the club until the end of next year, and Coleman praised the “redemption” story of a player who left the club under a cloud in 2019, and who had a troubled relationship with DC in the past.

“Sometimes life is about keeping an open mind and rugby is full of really good redemption stories,” Coleman said in a statement.

“Jed by his own admission didn’t leave here on the greatest of notes and even personally, the last time I coached Jed we didn’t finish the season with the best of relationships.

“How Jed has come back into this group and what he’s contributed and what he’ll continue to contribute for us, we can’t put a value on. He’s been an amazing man, mentor, and leader, and one of the single most important factors in our turnaround this season.

“I usually don’t give advice to the Wallaby coaching staff but Jed Holloway needs to become a Wallaby this year, that’s how good he’s been.”

Holloway is 29 and part of a core group of experienced players brought in under Coleman to complement a young core. 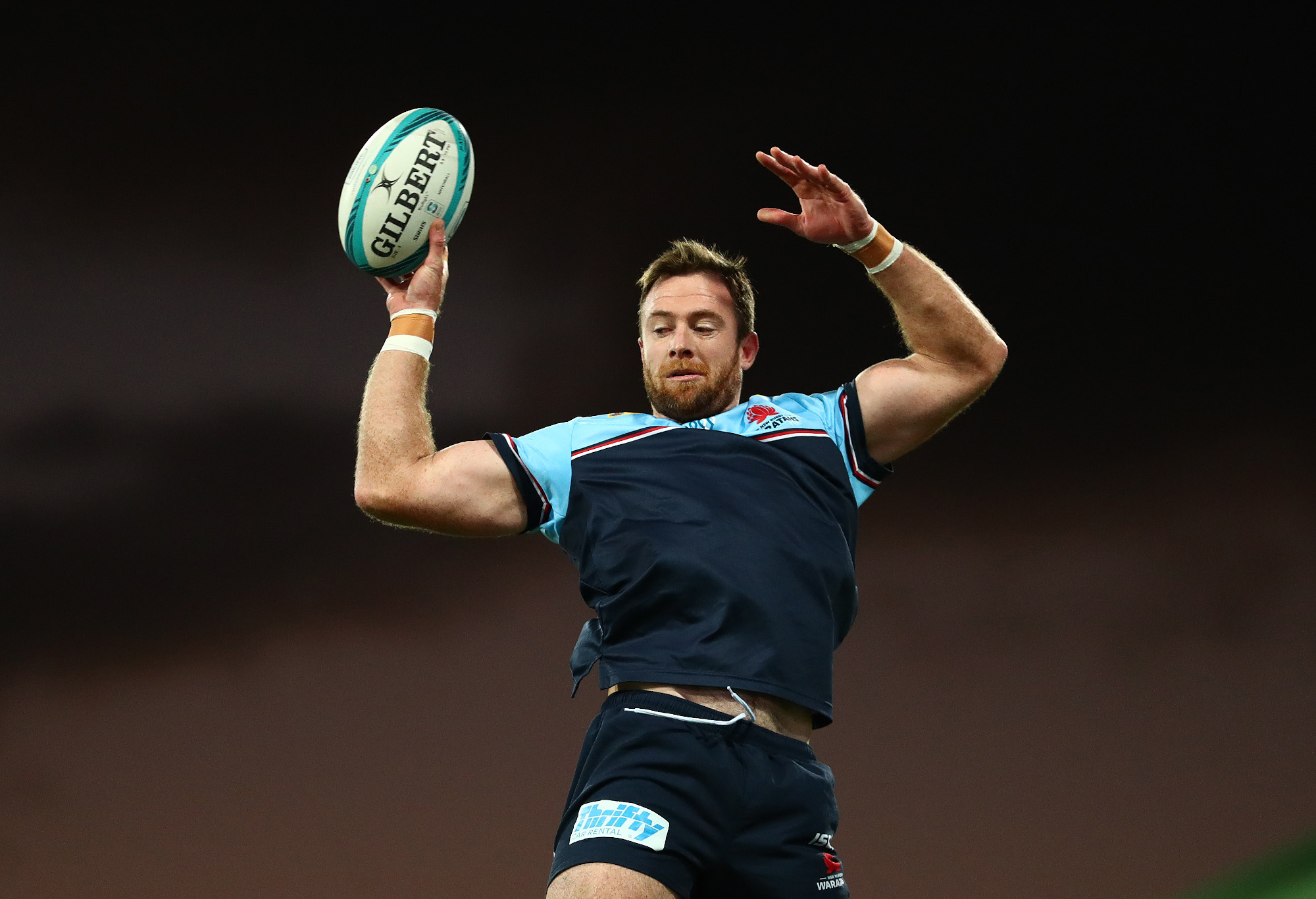 Jed Holloway of the Waratahs takes a lineout. (Photo by Mark Metcalfe/Getty Images)

He was promoted to captaincy when Jake Gordon was absent and was rewarded for some good form and promise when Dave Rennie picked his first camp squad.

Holloway said extending his deal was a “no-brainer”.

” I think the development I’ve shown coming back in DC’s system and the culture that he’s built around the place was something that was too good to turn down,” Holloway said.

“My time abroad was a good lesson for me, I learned a lot about what type of player and teammate I want to be, and the direction I want to take my career.

“My family loves Sydney, I’m a proud New South Welshman, and I love this club and my time here is something that I really cherish.

“To see the direction and potential of where the team is going is something I want to be a part of and to be there at the start line of all of that, I think it would be a silly decision to choose to go anywhere else.”

Springboks prop Frans Malherbe joins Brett McKay and Harry Jones on The Roar Rugby podcast for a fascinating insight into being an elite international forward.

Dragged off the field 10 minutes before the end, McDermott cut a dejected figure from the bench as he watched the Highlanders get home.

Afterwards he blew up about James O’Connor’s No.10 stand-in Lawson Creighton being “thrown to the wolves”.

“You can make all the excuses you want, James (O’Connor) is a class 10 and he’s shown his worth for us in the past,” McDermott said on Friday.

“But I think we’ve got to do more to support Lawson, we’re really letting him down. He kind of got thrown to the wolves there. He hadn’t played any minutes at 10 three weeks ago and then bang, when the Kiwis come over, he’s in the hot seat. Myself included, we’re not helping him out.”

There were those, this writer included, who felt that McDermott’s comments – critically the fact that Creighton was given no time in previous rounds to experience the No.10 hot seat to prepare him as a contingency in the event of an injury to JOC – was a slight on the planning and preparation of team’s coaching staff.

McDermott’s comments came in the heat of the moment, straight after a gutting loss, so there’s no real surprise that McDermott sought to clarify them at a press conference this week when he was asked to explain what he meant with this “thrown to the wolves” comment. 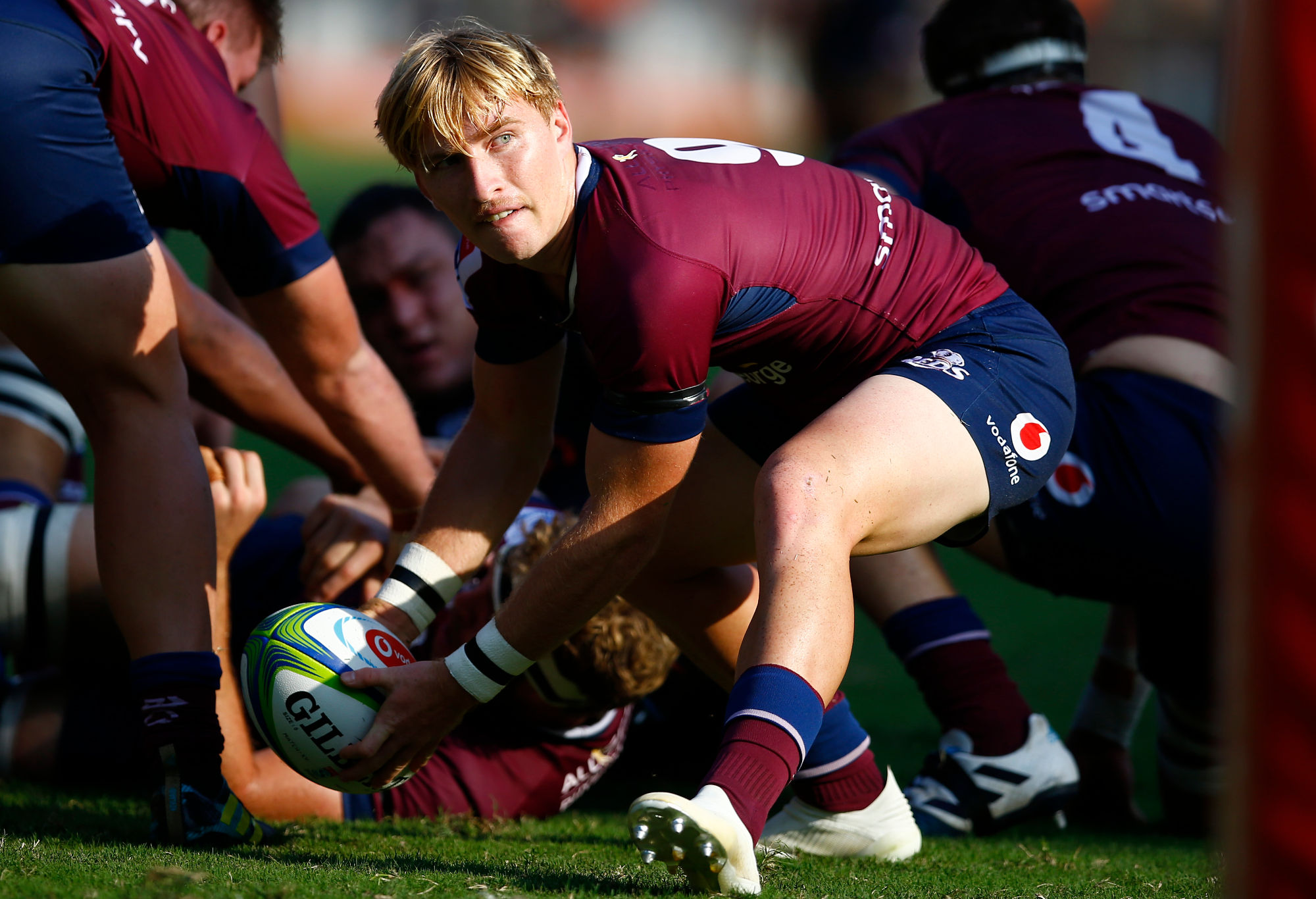 “I felt like, particularly from a spectator point of view that potentially a bit of blame could be thrown toward Lawson,” McDermott said.

“My thought was ‘it’s not his fault’ We’re out there – it’s my fault, it’s the whole team’s fault that we’re not supporting that. It’s got nothing to do with how the coaching staff managed him – my point of view was from the players, we’re not helping him.

“That’s through voice, that’s through execution of skills when we should be better and from his point of view he’s probably feeling the world’s on his shoulders when he’s out there, so that’s what I was disappointed about.”

Creighton drops to the bench this week with the return of O’Connor.

“Lawson did a really good job, but having James back it’s massive for the belief of the side,” said McDermott.

“(He brings) belief and that’s been the thing lacking; we’ve been going into our shells, played a conservative brand of footy that hasn’t suited us.”

He said playing with JOC had given him a “licence to be free”.

“My game isn’t built around box kicking and that conservative stuff, so to have James back out there, just to bounce ideas off and add that leadership, it will be good to have him back.”

The Reds slipped behind the Waratahs into sixth on the table and it’s not a situation last year’s Super Rugby AU champions are used to.

“We haven’t been in this position for a while, it’s been a test of our resilience and there’s been a lot of frustrated people based off our results,” McDermott said of their slump.

They have begun well in the past three weeks before being run down and injuries have been biting hard – the latest is the absence of Harry Wilson – but the return of JOC and Hunter Paisami brings relief.

In the pack, Lukan Salakaia-Loto has been relegated to the bench, which McDermott suggested was more about strategy than punishment.

“We need experience on the bench, particularly if we’re going to go toe-to-toe with these Kiwis. We’ve seen the first 40 minutes of every game we’ve been the better side. You look at the second half you have Lukan coming off the bench adding not only his ball carrying, but his energy and experience and his voice and we’re trying to rectify that second half.”

McDermott also suggested that underwhelming winger Suli Vunivalu was starting to find some form, but needed to be involved more.

“I think you’ll see him sniffing around the breakdown looking for a bit of extra work,” said McDermott. “He’s been really good good offensively and particularly defensively.

“Last year he was caught out a couple of times and we haven’t seen that this year. His rugby knowledge is growing every week. We’ve just got to get him the ball a bit more.”

Brumbies lock Cadeyrn Neville, 33, says he still harbours ambitions of playing for the Wallabies after re-signing until the end of 2023.

Neville came to the Brumbies at the start of 2020 after three years in the Japanese Top League and previous stints with the Rebels and Reds.

Although he has made Wallabies camps in the past two years he hasn’t broken through to the national team.

“My time at the Brumbies has been one of the best chapters of my career and life with some excellent people so I’m keen to continue that while I can,” Neville said.

Highlanders’ scrum half Folau Fakatava has been one of the stand out stars of the SRP this season – his 25 minute cameo replacing All Blacks great Aaron Smith ripping apart the Reds on Friday.

The 22-year-old scored a try and set up another and was the latest impressive performance this season that has experts tipping him for All Blacks honours.

But it’s emerged there’s a stumbling block to the young gun being able to take on Australia in the Bledisloe Cup this year, with his eligibility still under a cloud.

Liam Napier reported in the New Zealand Herald on Thursday that the Tongan-born Fakatava is ineligible for the All Blacks until December, despite living in New Zealand since the age of 16.

He reported that qualification via residency does not start until a player turns 18 but Fakatava has since been the victim of World Rugby’s residency change from three to five years.

“Had Fakatava been fit last year, he would almost certainly have made his All Blacks debut,” Napier wrote.

“Behind the scenes, New Zealand officials are seeking to rectify Fakatava’s anomaly – possibly within the next month – in the hope common sense will prevail.”

Fakatava’s emergence has caused a logjam at No.9 with the Kiwis blessed to have Smith, TJ Perenara and Finlay Christie all jostling for the jersey.

Napier said Perenara was most at risk of falling out, adding: “Aaron Smith is an automatic selection for the All Blacks but Finlay Christie is the form halfback in New Zealand at present.”

AAP reports that the Sydney Harbour Bridge will be lit up in green and gold as Australian rugby awaits confirmation of two World Cups for the country in the next seven years.

The World Rugby Council is set to formally vote on the men’s 2027 and women’s 2029 World Cups late on Thursday night in Dublin, with Australia all-but certain to earn both tournaments after winning preferred host status in the streamlined bid process.

On Thursday night the famous bridge’s pillars will be lit in RA’s Cup bid colours as Wallabies and Wallaroos captains Michael Hooper and Shannon Parry, RA president David Codey and president of Australian Women’s Rugby Josephine Sukkar gather at the Sydney Opera House in anticipation of the announcement.

Confirmation of Australia’s first World Cup since hosting the men’s 2003 event is expected to begin a rejuvenation of the code in the country.

England will visit for three Tests in July, before a World Cup next year in France, a British & Irish Lions tour of Australia in 2025 and Brisbane’s Olympics featuring rugby sevens in 2032.

Rugby Australia boss Andy Marinos estimated the two World Cups could bring between $50 and 60 million to the cash-strapped governing body and help return the sport to its glory days down under.

That forecast comes after the organisation considered reverting to amateur status when it recorded a net deficit of $27.1 million for 2020 due to the COVID-19 pandemic.

“(This is) huge for us in terms of resetting our whole landscape,” Marinos said earlier this year.

“Not only about the revenue you generate out of the event, it’s about connecting with new commercial partners, re-engage with broadcasters.

“We’re living in an interesting age – the broadcast and digital world is going through seismic change.

“Events like this … create a diversified offering. If we’re smart from the outset, we can capitalise on it.”

The 2027 event, 24 years since Australia reached the final in Sydney, is expected to feature between eight and 10 match venues.

But many others will serve as training bases, while art, wine and food trails will be among the lures set to attract tourists seeking more from their experience than rugby.

All told, the 2027 event is projected to attract more than two million people across seven weeks of competition, including 200,000 international visitors, and generate a $2.5 billion boost for the economy.

Organisers said it will create 13,300 jobs and stimulate $500 million in new trade and investment.