Paul Suttor
Expert
12th May, 2022
12
Join the conversation
Advertisement
Write for The Roar

If Chris Paul wants to truly be remembered as the NBA’s “point God”, he can’t let this opportunity slip to win a championship.

He has never had a better chance to win a ring and after celebrating his 37th birthday last week, time is ticking on his career quicker than the shot clock in single digits.

After falling short at the final hurdle last year against Milwaukee in six games, Phoenix are on the precipice of what would be their first championship in franchise history.

They went close with Charles Barkley in the early 1990s and had a couple of near-misses during Steve Nash’s back-to-back MVP seasons in the mid 2000s but for the Suns and Paul, this year’s playoff race looms as their serendipitous moment.

The Suns should finish off the Mavericks in game six of their Western Conference second-round series on Friday in Dallas after pumping them 110-80 during the week. If not, Phoenix have the safeguard of hosting game seven on their home floor.

It should then be a case of a West finals match-up with Golden State but after Memphis punked them 134-95 despite Ja Morant being injured in game five on Thursday to cut the series deficit to 3-2, the Warriors are not the rolled gold certainties they should be to advance.

The conference tables have flipped this year with the East being the tougher bracket – it’s likely that the Eastern Conference challengers will be whoever wins the Milwaukee v Boston bloodbath, which now stands at 3-2 in the Bucks’ favour after Jrue Holiday’s game-five efforts. Miami could also give Phoenix problems if they finish off Philadelphia and upset the Bucks or Celtics next up. 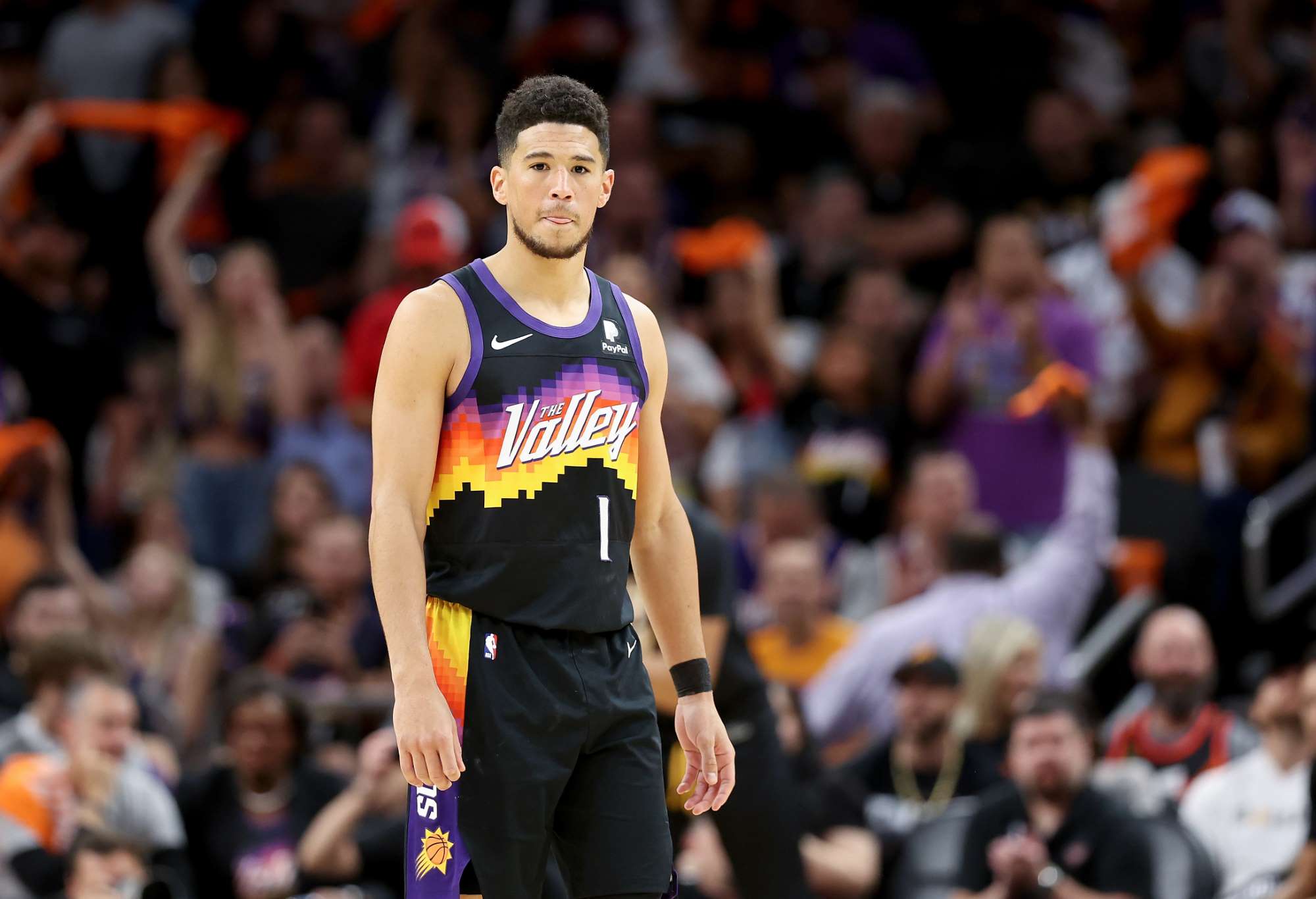 All the stars on the other remaining teams have plenty of time up their sleeves to make amends if they don’t raise the trophy this year or in the case of former MVPs Giannis Antetekounmpo and Steph Curry, they already have bling on their fingers to prove their championship pedigree.

That’s why Paul is the player under the most pressure in this final stretch.

He’s still a magician when it comes to controlling the tempo of games but his scoring output is fading – his 14.7 points per game this season was the lowest of his career. 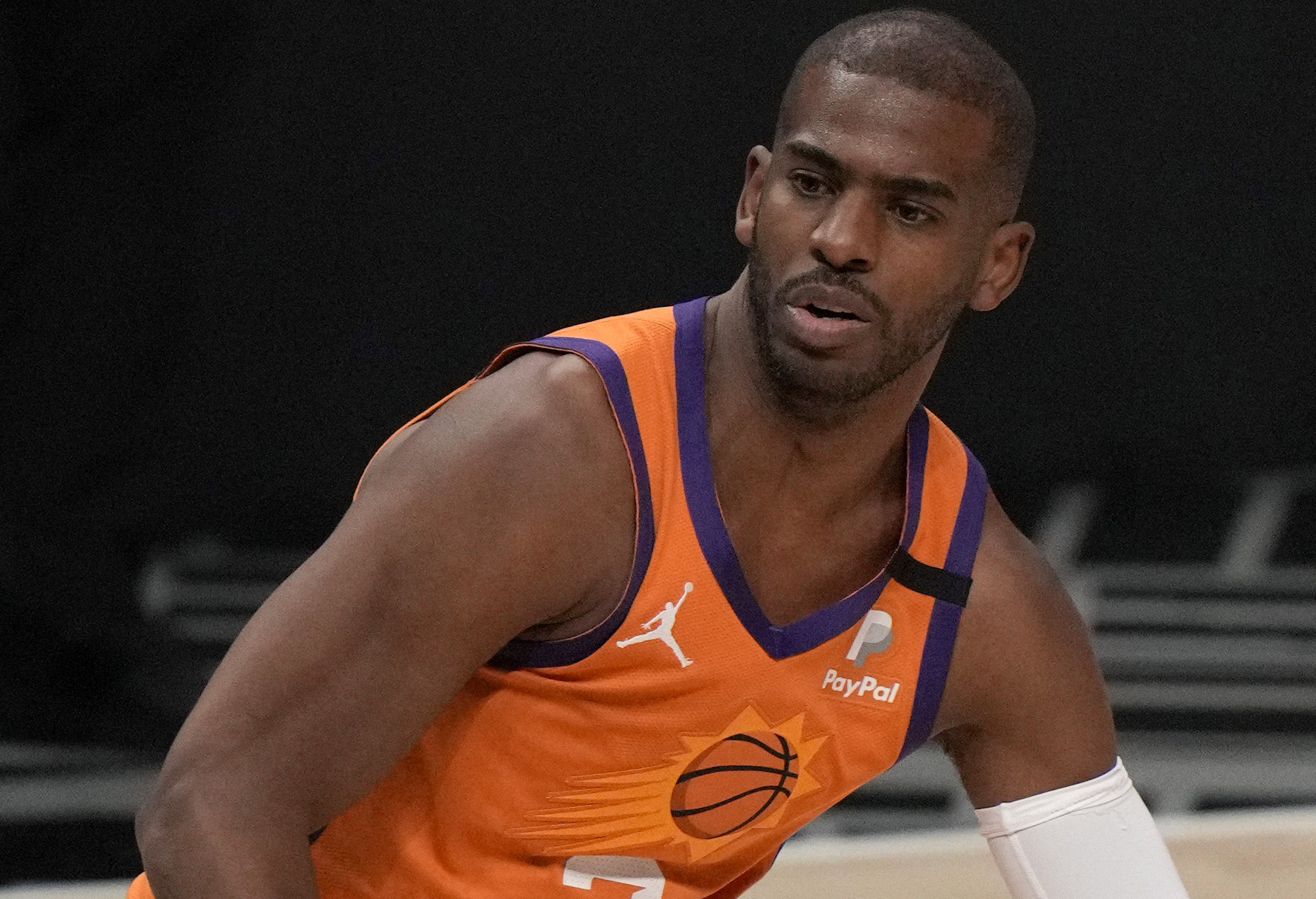 “CP3” has remained elite and kept Phoenix at the top of the standings this season by setting up his teammates – his 10.8 assists average was his best mark since his early years at New Orleans when they were still the Hornets, not the Pelicans, when Charlotte were the Bobcats. It’s confusing but if you know, you know.

And he’s got elite help on this Suns squad – Devin Booker was a deserved fourth in the MVP vote behind Nikola Jokic, Joel Embiid and Antetokounmpo. The 25-year-old guard with the divine jump-shot didn’t make a massive statistical leap this season – his 26.8 points, 4.8 assists and 4.4 rebounds were on par with his previous few seasons.

However, he and Paul have developed into arguably the NBA’s best one-two punch with Booker dominating matches for the first three quarters before the veteran playmaker not only calls the shots but makes them when needed in crunch time.

Deandre Ayton is unlikely to ever outperform Luka Doncic from his NBA Draft class but the No.1 pick is giving Phoenix a reliable presence at centre. His efforts in the first round, particularly mid-range shots, ensured the Suns overcame the plucky Pelicans 4-2 when Booker was sidelined with a hamstring strain.

Injury problems in the post-season have plagued Paul – it cruelled potential finals appearances with the LA Clippers and Houston Rockets – but he’s powered through this year’s playoffs like someone in the prime of their career.

But without resorting to the old Father Time is undefeated cliche, he won’t be able to keep this up for much longer.

Assuming they don’t try to lowball Ayton at the negotiating table, the Suns should have a similar roster next year and coach of the year Monty Williams is becoming one of the best in the business after a modest first stint in the role with New Orleans. So the title window won’t be closing per se but for Paul, it’s closer to be being shut than open as he enters the twilight of his storied career.

Paul overachieved when he took New Orleans to the playoffs early in his career, he definitely fell short of expectations when he piloted the “Lob City” LA Clippers era while untimely injuries combined with the unstoppable force of a Golden State team containing Kevin Durant ended his title dreams during his Houston stint.

He is already in the conversation with Magic Johnson, Nash, Isiah Thomas, John Stockton, Jerry West, Curry and Oscar Robertson as one of the best floor generals of all time but it’s all set up for him to nudge his way closer to the top if he can add a trophy to his resume.

And then he can get himself out of that other conversation of the best players to have never won a title alongside Barkley, Patrick Ewing, Nash, Allen Iverson, Stockton and Karl Malone.

Poor old Joel Embiid is wearing a mask as he battles through the discomfort of his recent orbital fracture, he’s playing through a throbbing thumb injury but nothing can ease the pain of having James Harden do little in the way of support as Philadelphia host Miami, down 3-2, in their second-round series.

Saturday – Celtics at Bucks, 9.30am AEST

This has easily been the best series of the playoffs, going back and forth and down to the wire and Milwaukee pulled one out of the fire in game five at Boston thanks to Jrue Holiday blocking, stealing and harassing Marcus Smart to show that even though the Boston guard was awarded defensive player of the year, that he’s the best lockdown perimeter exponent in the NBA.