Whether Sydney’s Accor Stadium or the Melbourne Cricket Ground hosts the final is the spirited debate ahead now Australia has won the right to stage the 2027 Rugby World Cup.

Australia’s delighted rugby chiefs variously called the World Cup call a “game-changer” and the pinnacle of a “golden decade” ahead for rugby.

Fittingly, the decision on Thursday night (AEST) in Dublin was toasted over a Guinness by Australia’s bid team after World Rugby made the long-awaited decision.

From one announcement, Rugby Australia now finds itself planning for two major tournaments with the 2029 World Cup for women heading Down Under as well.

Phil Kearns, the Executive Director of Australia’s winning 2027-2029 RWC Bid, gave the best context to what this can mean for turbo-charging rugby in this country. 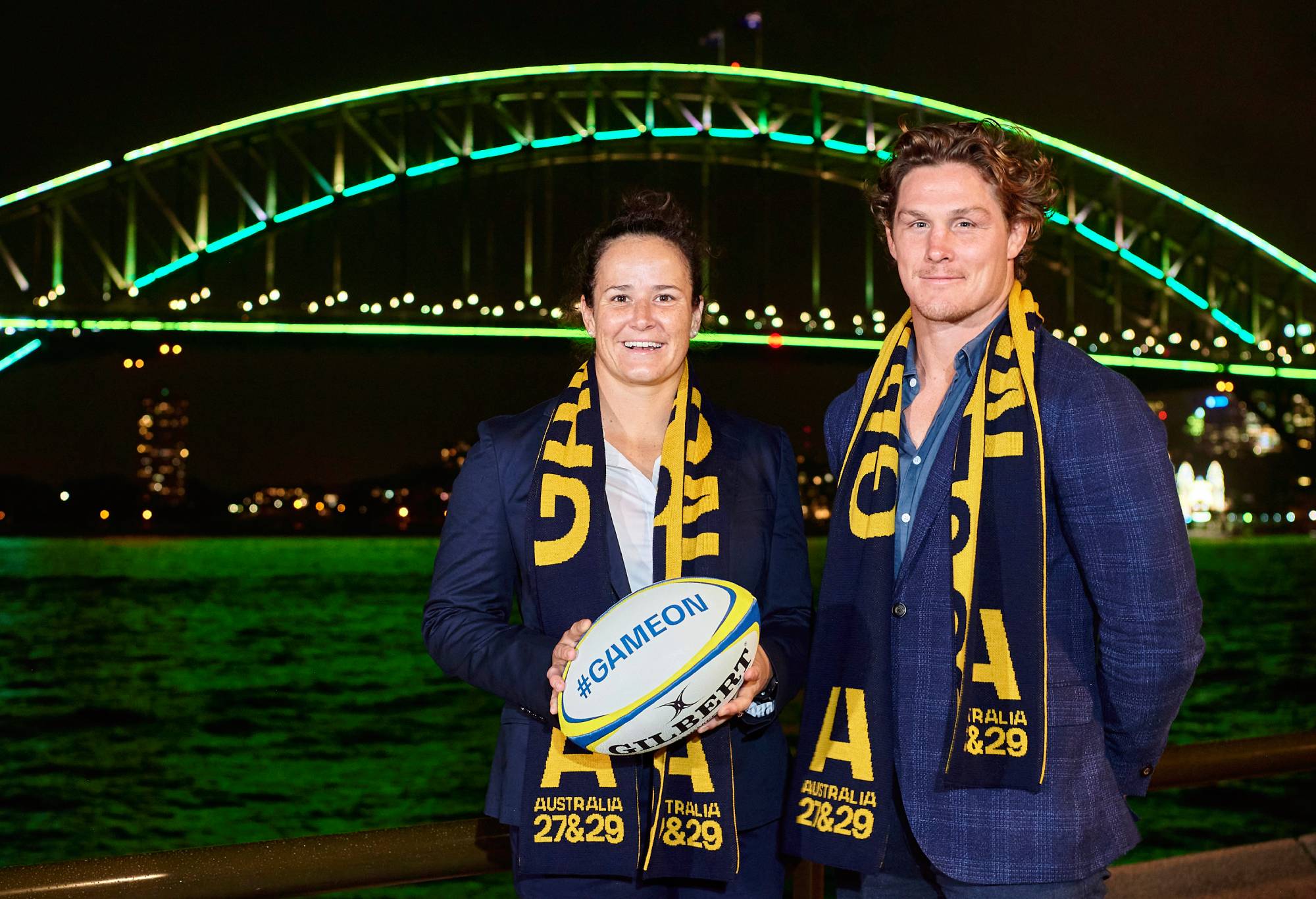 “There’s been some negativity around our game in Australia for a while. This is the day that stops. We’ve got a huge opportunity here,” said the hooker from Australia’s first World Cup-winning team in 1991.

Social media lit up with excitement. So did the Sydney Harbour Bridge.

“I’ve been with this team and their phones have definitely been running hot. So has a little bit of Guinness pouring when we toasted,” Marlow said.

“It’s been really positive. This means a lot.”

Rugby’s greatest showpiece, on and off the field, for 20 nations can mesmerise boys and girls and reconnect with jaded fans. Kearns made the point that the legacy-building starts now not in five years.

The numbers are breathtaking…more than 200,000 rugby travellers and more than $2 billion in economic impact.

Selling two million tickets for the 48 games is considered achievable with the range of new and iconic stadia in the mix.

Host countries earn gravitas for “firsts” at Cup time. The possibility of hosting the first final with 100,000 fans makes the MCG alluring even if we now know that the spin-off of actually growing rugby in Victoria is minimal.

Marinos tackled the latest update around where the final would be played.

“The venue for the final has already been done,” he teased.

“No, no, we are working through the detail now with World Rugby.

“What is really fantastic about having it in Australia is that we have at least three stadiums (in Melbourne, Sydney and Perth) with the size to host.

“Yes, we have one that could get to that magical 100,000 mark but we have good choices.

“I think we have to look at what will have the best impact for the game across the country.”

McLennan also gave a flavour of the forces at play in the full rollout of venues for the tournament. That will happen later this year.

“Rugby is in a highly competitive sport market in Australia. What we have always wanted is an opportunity like this to plan and grow the sport around the country,” McLennan said.

“The interest from country regions and non-core rugby states has been fantastic. Western Australia and Victoria are desperate to get major games so it’s given us the platform to look a little more over the horizon.”

World Rugby Chief Executive Alan Gilpin clarified there would definitely be World Rugby input to the decision around where the final will be played.

His recent visit to Australia magnified in his eyes the quality of the venues that will be locked in for the whole tournament.

World Rugby Chairman Bill Beaumont said the unprecedented awarding of five World Cups for the next decade “built efficiencies and reduced hosting costs from the outset.”

“The USA is a golden nugget that everyone wants to get hold of. Our ambition is that the World Cups there will leave a vibrant, sustainable sport,” Beaumont said.

World Rugby’s new Director of Women’s Rugby Sally Horrix laid out an ambitious plan to elevate the women’s game that the Wallaroos will rejoice in hearing.

“We need to raise the profile, make women’s rugby cool, bring in investment and fast track the commercial development of our game,” Horrix said.

More female coaches, more female referees and more women in the support structures of the game is all part of the direction.

Properly developing the women’s game in Australia is critical, said Kearns, who also highlighted expanded opportunities in rugby for Indigenous Australians as one of the legacy goals of the World Cups.