Former Queensland State of Origin forward Owen Cunningham has spoken out about the disgraceful crowd behaviour at the NRL Magic Round after he was caught up in the violent incident on the opening night at Suncorp Stadium.

The former Manly, Cowboys and Maroons forward said he had “never seen anything like it” when he and his family were attacked by a group of thugs who had been making derogatory comments about the girlfriend of Cunningham’s son, Ethan.

The 55-year-old back-rower, who played 275 matches in the top grade from 1985-2000, told News Corp he was unable to defend himself when the brawl broke out as he had his arm in a sling due to recent shoulder surgery.

“There were about eight of them … it was a f—in’ disgrace,” he said. “I’ve never seen anything like it. It was like they were there for a stink, not the football.

“My oldest boy Ethan was sitting with his girlfriend and they were making some derogatory comments towards her.

“Then it started and my bloke got kinged (king hit) between the eyes. It was shocking.”

Cunningham said his other son and a friend of the brothers rushed in to help Ethan.

He said if they hadn’t done so he “could have finished up in a coma”.

“It was frightening with their blokes coming down two sets of seats to get involved.” 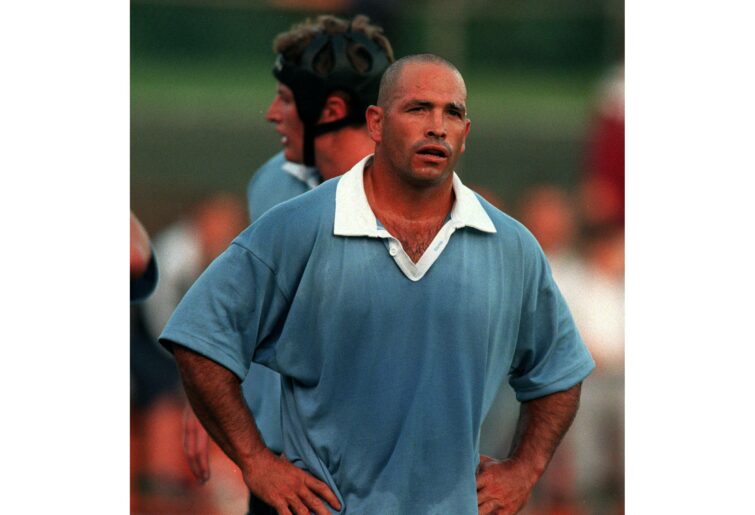 Cunningham said his son was rushed to hospital where scans revealed he had a broken sinus bone.

The violence, which occured in the northern end of the western stand at Suncorp, was filmed by bystanders and went on for a couple of minutes before security guards and police officers were able to bring it to an end.

Three of the brawlers were ejected and Queensland Police Minister Mark Ryan has called for the people involved to be handed life bans.