Two cracking elimination finals meant this could have been the most celebratory column of the season, except for one key detail that threw Sunday’s broadcast into sharp relief.

Western United’s 1-0 win over Wellington Phoenix may have been a predictable result – it was their seventh win by that same scoreline all season – but the match itself was anything but routine.

Were it not for Jamie Young pulling off arguably the save of the season to deny James McGarry with a spectacular diving save in the 71st minute, the outcome might have looked rather different.

But John Aloisi’s side have one of the meanest defences in the league for a reason and although Reno Piscopo went close when he rattled the crossbar from distance, the Kiwi battlers could find no way past the indomitable Young at AAMI Park.

If Saturday night’s encounter was a gripping affair, Adelaide United’s 3-1 win over the Central Coast Mariners at a chilly Coopers Stadium was everything that makes the A-League Men competition great.

We pine all the time for a European football experience, yet we already have one in Adelaide. 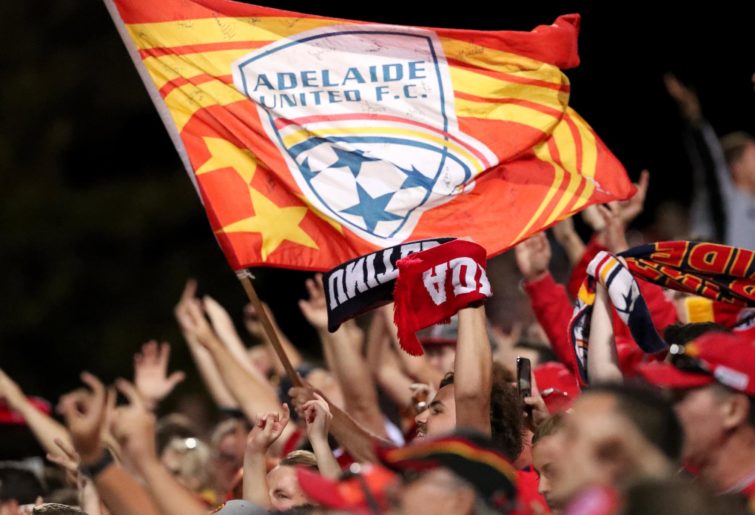 The Reds ran out under leaden skies and in front of a big crowd at Coopers Stadium and proceeded to do something they’ve done all season – comfortably account for a team that everyone on the east coast raves about.

They got a bit lucky with Craig Goodwin’s wind-assisted opener, but the return up front of the imposing Kusini Yengi and the emergence of a genuinely talented youngster like Bernardo means the Reds will surely pose a serious threat to defending champions Melbourne City in their two-legged semi-final this week.

Goodwin was at his impish best in a heated contest on a cold Adelaide afternoon, while it was no surprise to see the all-action Yengi get on the scoresheet in just his second game back from a serious leg injury.

Except we didn’t. Or at least those tuning into the coverage on Network 10’s secondary channel Bold didn’t see it.

Because in what can only be described as a television producer’s worst nightmare, the coverage on Bold was in the middle of a commercial just as Goodwin floated over another inch-perfect cross.

So, instead of watching Yengi volley the Reds into a two-goal lead, many fans watching at home on TV were instead watching a commercial.

Ads during gameplay. We’ve talked about them all season.

And the failure to broadcast such a pivotal moment – along with the apology on Twitter that produced an avalanche of negative feedback – detracted from what was an otherwise gripping encounter.

Unfortunately due to human error we missed airing a goal. We sincerely apologise for this error.

Here’s why I’m not too worried. During the week I had a drink with Nick Bower, who after a long career in a range of commercial roles is these days Paramount ANZ’s Sports Sales Director.

And while I can’t divulge the contents of everything he and I discussed, I can safely say the gist of that conversation filled me with confidence for next season.

We talked about a lot of things – including, truth be told, the issue of ads during play – and I walked away genuinely believing that many of these issues will be resolved next season.

Nick was brutally honest about some of the technological challenges Paramount have faced since launching in Australia.

And I was honest about the fact that a vast portion of the A-League Men fanbase don’t understand what the ‘commercial’ in commercial broadcasting represents.

Those wanting to avoid ads during gameplay can always watch it ad-free on Paramount+.

And next season we’ll be watching it with some genuine marquees, if the news the APL has drawn up a list of 35 legitimate targets is anything to go by.

Not every single season has to be the greatest of all time™. This one’s clearly had some problems, but they’re nothing that can’t be fixed.

The A-League Men is currently in rebuild mode.

And if the elimination finals are anything to go by, this week’s two-legged semi-finals will once again make unmissable appointment viewing.