Waratahs centre Izzy Perese could be back in time for a Super Rugby quarterfinal as the best case scenario after suffering a knee injury in the gut-wrenching loss to the Hurricanes.

The loss of Perese in the second half compounded the disappointment of the Tahs who had dominated the Kiwis in the first half before being overrun thanks to the efforts of All Blacks Ardie Savea and Jordie Barrett late in the contest.

Perese, who had helped set up a storming try for Dylan Pietsch in the first half, limped from the field with a medial ligament strain. Depending on the severity of that injury it could be a case of six to eight weeks out, but coach Darren Coleman said the team had been given a ray of hope.

“The doctor said it was not as bad a medial strain as Harry (Johnson-Holmes)’s and we’re going to push hard for him to be back for the play-offs,” Coleman told the Sydney Morning Herald. “It’s a four to six week injury and if Izzy has a good rehab it could be a three-week injury.”

Coleman will have to lift his side for their final two matches of the regular season after a huge missed opportunity, where he felt fitness played a role.

“It’s a bit disappointing, disheartening,” Coleman said after the match.

“When they went up a notch, we just couldn’t go with them. They were more fresh (at the end), when we had momentum with us we looked good, whether it’s cream rises eventually or what not but the Kiwis talk about being fitter and playing longer than us and they do.”

Christie is Kiwis’ form No.9

All Blacks great Justin Marshall says Blues No.9 Finlay Christie is the form halfback in New Zealand at the moment, but doesn’t think that will be enough to give him the Test starting role over Aaron Smith.

this year, but warned that it doesn’t mean he will be given the All Blacks starting role.

“I think in terms of the balance and the threat that he is at the moment, Finlay Christie, he is arguably the best 9 in the country on form,” ex-halfback Marshall told SENZ radio.

“Whether or not that gives him the All Black number 9 jersey is definitely up for debate, because the All Blacks build their rhythm around what Aaron Smith delivers.

“That doesn’t mean he can’t pressure him for an opportunity to start, but I would imagine if you are picking the side at the moment, he would definitely be in that matchday 23.” 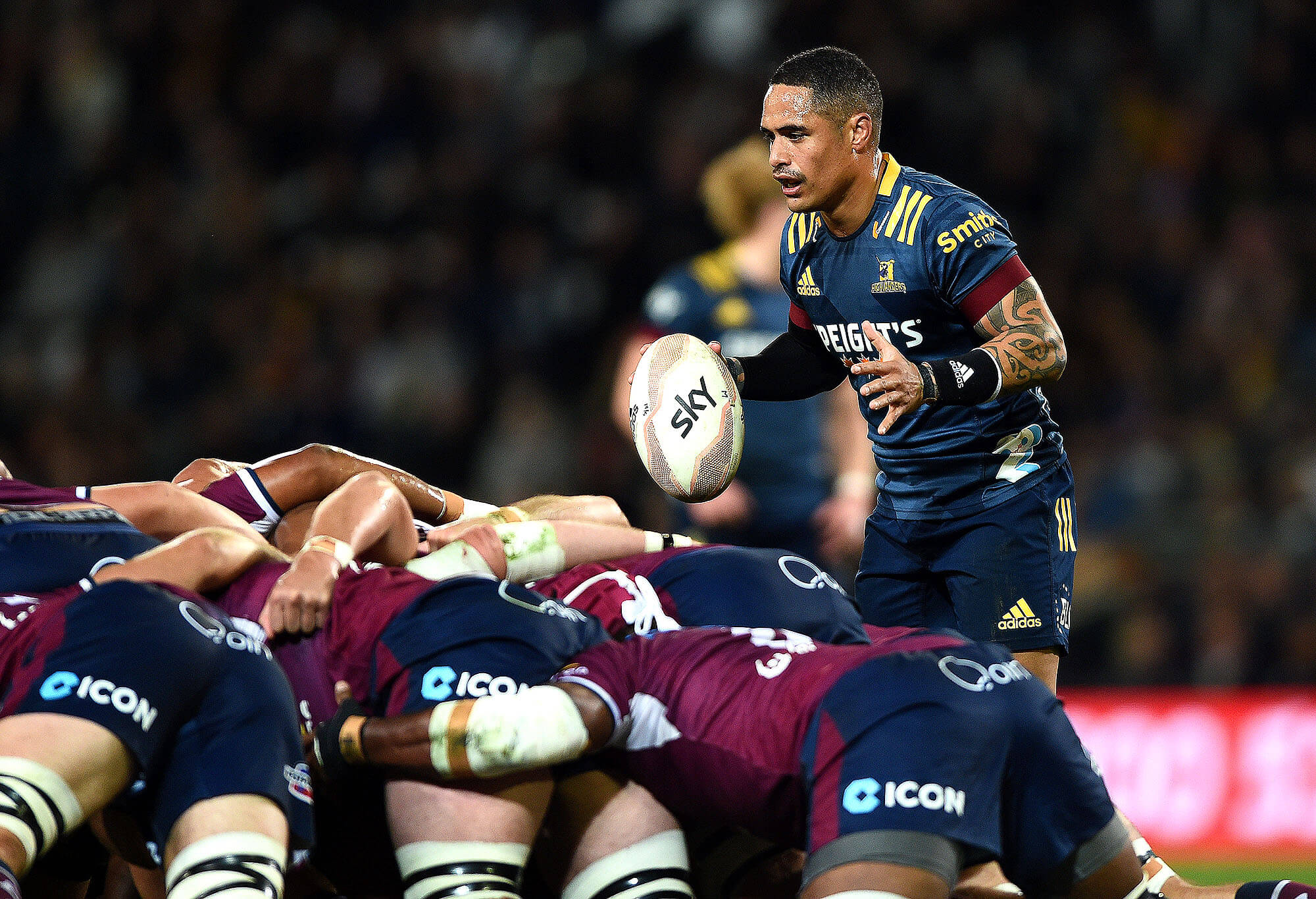 “He’s playing good rugby, and he particularly stepped up his game against the Crusaders I thought. He was a real threat around the breakdown, he took steps and brought players into the game,” he said.

“His defence was very good. He’s a gritty little defender. His kicking game is as good as the rest in the country.

“So I wouldn’t disagree … that at the moment he’s the form player in that jersey in the country, he is above the level that everyone else is playing at.

“But I don’t believe that gives him the right to step into that All Black number 9 jersey right now.”

The long time back-up to Aaron Smith has been TJ Perenara, who has played 56 of his 77 Tests as a reserve halfback.

Marshall said Perenara still had plenty to give.

“TJ is too competitive to be done, he brings qualities to the jersey that others don’t have in the country, and you certainly can’t count out a guy that has been to World Cups and delivered,” Marshall said.

“Again, he is a player that has continually been selected in All Blacks teams … probably over the last decade I would imagine. I’d be very reluctant to rule out TJ Perenara from any mix, in any equation that the All Blacks come up with.”

“He’ll be very well aware that there are other players in the country playing well like Finlay Christie, Brad Weber and Folau Fakatava.”

The South African Rugby Union has confirmed World Cup-winning Springbok Elton Jantjies was arrested at OR Tambo international airport in Johannesburg after an on-flight incident.

South African media reports said the 31-year-old flyhalf was handcuffed on his arrival in Johannesburg after a flight from Dubai on Sunday.

“However, we are still in the process of gathering more information and can’t say anything at this stage.”

A police spokesman told News24 “a 31-year-old man has been arrested at the OR Tambo International Airport for malicious damage to property.

“The man was arrested upon arrival at ORTIA this [Sunday] morning at 08.50.

“The suspect was on an international flight from Dubai to SA when he allegedly damaged property belonging to the airline.”

Jantjies was released on bail and was expected to appear in the Kempton Park magistrate’s court on Monday.

James Adams, Jantjies’ agent, said in a statement it was alleged that a light had been damaged inside the plane.

“We believe that the incident has been unnecessarily heightened,” Adams said.

“Our client, however, remains compliant with the investigation process and will address this matter with the seriousness it beckons.”

Kearns goes back to the future

Phil Kearns, fresh from heading Australia’s successful bids for the 2027 and 2029 World Cups, has suggested he wants some old hands back involved with Australian rugby.

While Kearns has put his support behind the notion of bringing Eddie Jones back in some capacity after the 2023 World Cup, he also told RugbyPass that he’d like to see former Wallabies coaches Bob Dwyer and Ewen McKenzie back in the fold.

“He has done an amazing job with England, he did a great job with Australia over the years and he is a person who has also grown and I think it would be great,” Kearns said of a potential Jones retun.

“His heart is still with Australia and we would love to have him.

“This isn’t just me but other people in Australia have mentioned the same thing. He does have a reputation as being hard but he has also got a reputation of being a great coach.”

Kearns said he would also like to see Dwyer and McKenzie play a role in the game’s future.

“There have been a few people in Australian rugby who have been disenchanted with what happened,” Kearns said.

“You only have to look at Ewen McKenzie, who was an amazing coach, and he has just been lost to the game. Hopefully, something like the World Cup will bring him back involved in some way and there are others we can also utilise.

“I know Bob Dwyer is getting on in years (he is 81) but he hasn’t lost his rugby brain so to re-engage with people like that is great for Australian rugby.”

Wallabies lock Will Skelton, who plays in France for La Rochelle, has been ruled out of the club’s massive European Champions Cup final against Leinster on May 29.

Skelton has suffered a recurrence of a calf injury that cost him a month earlier in the season.

His club coach, Ronan Gara said: “We may not see Will again until next season – if I see him again in September, that’s good.”

Skelton was called up by Dave Rennie for last year’s Spring Tour and was considered a potential World Cup squad member.