TheSecretScout
Roar Guru
16th May, 2022
20
Join the conversation
Advertisement
Write for The Roar

To say the 2021-22 season has been torrid for Sydney FC is an understatement, culminating in the club’s failure to make the finals series for the first time since 2013.

However, there is some much needed good news, with Sydney announcing the signing of a player many involved in youth development believe will become a star: Adrian Segecic.

Segecic was expected to depart Sydney at season end for Europe, but with other A-League Men clubs also circling, the Sky Blues acted swiftly, signing the teenage tyro to a three-year contract.

Rival fans have been quick to taunt Sydney throughout the years in regards to the club’s reluctance to integrate talented youth into the first team, preferring mature-age players.

However, Sydney deserve to be applauded for this signing, considering the number of young players that have left the club in seasons gone by.

At juniors level, Segecic found the back of the net regularly, playing between the under-13 and under-15 age groups.

While not as prolific compared to some of his peers, it was his technical ability that instantly had people taking note. So much so that the Croatian FA came calling.

Segecic was born in Australia but is also eligible to play for Croatia, via his grandparents.

Australia knew of the potential as well and drafted the former Trinity Catholic College student in the under-15 squad and camp for the under-17s run by Trevor Morgan.

Sky blue is the only colour Segecic knows, as he has progressed through the ranks since joining Sydney’s academy in its first year of operation in 2016.

He has carefully been looked after by Sydney coaches Jimmy van Weeren and Howard Fondyke to become the crown jewel of the Harbour City’s much maligned youth set-up. 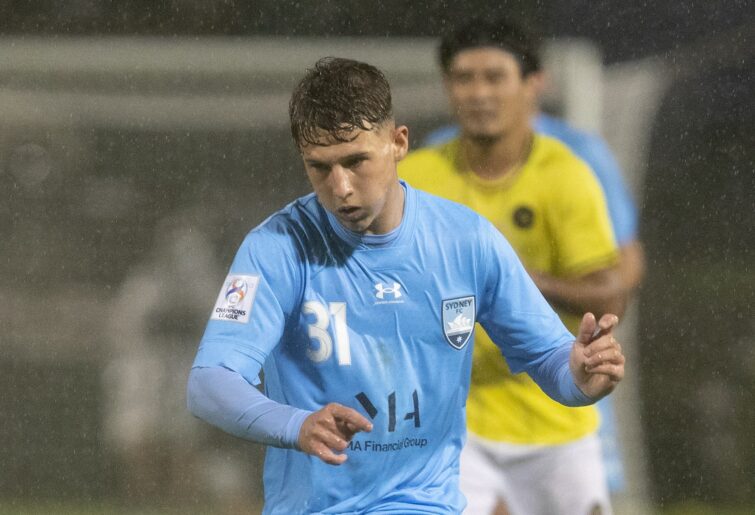 It was the Scottish giant Rangers that were thought to have struck a deal, with news confirmed through social media channels, only for the deal to dramatically collapse at the last hurdle.

Rejection can hurt the confidence of young players, but unperturbed by it, Segecic put all his effort back into football and his consistent performances with Sydney’s NPL side saw the youngster win the club’s rising star award.

Surprisingly Segecic has only featured several times for the Sydney FC first team this season, during the side’s disastrous A-League Men and Asian Champions League campaigns.

Segecic is the latest in a long list of Australian players with heritage from the Balkans that have excellent technical ability – players from this part of the world seem to be born with it.

He possesses a wand of a left foot that is reminiscent of a young Craig Goodwin, but is equally adept at cutting back on his right side when needed.

Segecic also has the confidence to not only take on a player, but fly past them with a deft change of pace.

But his best overall quality may be his vision, used to perfection when he drops deep and drifts in between the lines where defenders are unsure whether to stay or engage.

Their indecision leaves Segecic in his element, having the foresight to thread weighted passes into on-rushing teammates.

Like any modern attacking player, he is not afraid to put in a shift defensively. However, he is better suited to having the ball at his feet, rather than chasing it.

The biggest area of improvement might actually come from the weights room.

Segecic is of very slight build and while this helps him slalom through challenges, bigger-bodied opponents will regularly use heavy-handed tactics to foul him.

Adding some muscle to his upper body will make the player more resilient to the types of bumps and tackles that a player of his particular skill set attracts.

Segecic will be 18 by the time next season starts and after a full pre-season it would be no surprise to see him pushing for a starting berth in Sydney’s new-look midfield.