When Nic Dolly, a keen rugby playing teen with Eastwood, left Sydney airport five years ago with his family for a Christmas trip to the United Kingdom to visit the grandparents, he could have hardly have imagined that one day he would return as part of an England touring party Down Under.

On Tuesday Dolly, the 22-year-old hooker with a hair cut as wacky as his backstory, was named in Eddie Jones’ pre-tour training squad, along with another player with strong Aussie connections – Louis Lynagh.

While young Louis is the son of World Cup winner Michael and therefore from rugby royalty, he is yet to be capped despite several call ups from England’s Australian coach Eddie Jones.

In contrast to young Lynagh, Dolly, dubbed the ‘human mullet’ is a rugby Cinderella, whose fairytale rise included his first and so far only Test, a one point win over South Africa in November.

Dolly’s selection came at the end of a mad year – he had just 20 hours of senior rugby in the tank when called up by Jones – where a rugby career that had seldom looked like taking off went ballistic.

“The day was mental for me, a serious eye-opener,” Dolly said later. “We get serious amounts of fans at Leicester but I hadn’t played in front of a crowd that big. You want to play the best teams and they [South Africa] are the best team. I don’t think I’d want to have it any other way.”

Aged 17 in December 2016, Dolly, his mum Sharon, brother Alex – a scrum-half at Doncaster – and his sisters went to England for the holidays, and he asked his granddad Tony to find him somewhere to keep fit, the intention being he would return to Eastwood in the new season.

Tony sent out some emails and the academy manager of Sale responded with a trial. He impressed enough to get a contract and Dolly, who said he had never entertained the thought of becoming a pro in Australia, was picked for England Under-20s.

Covid had an impact though and Sale, struggling with tight budgets, let him go.

Dolly fired up a personal training business and then got a call from Coventry that gave him another shot.

He scored a few tries and caught the eye of nearby Leicester Tigers, who snapped him up. On his Premiership debut in September last year he scored two tries against Exeter – no forward had got two on debut in the competition in more than 20 years.

At Leicester he flourished under the club’s former England captain and Tigers coach Steve Borthwick.

“One of the things I love about coaching is helping people achieve their ambitions,” Borthwick said last year. “To see him [Dolly] playing for England is just fantastic.” 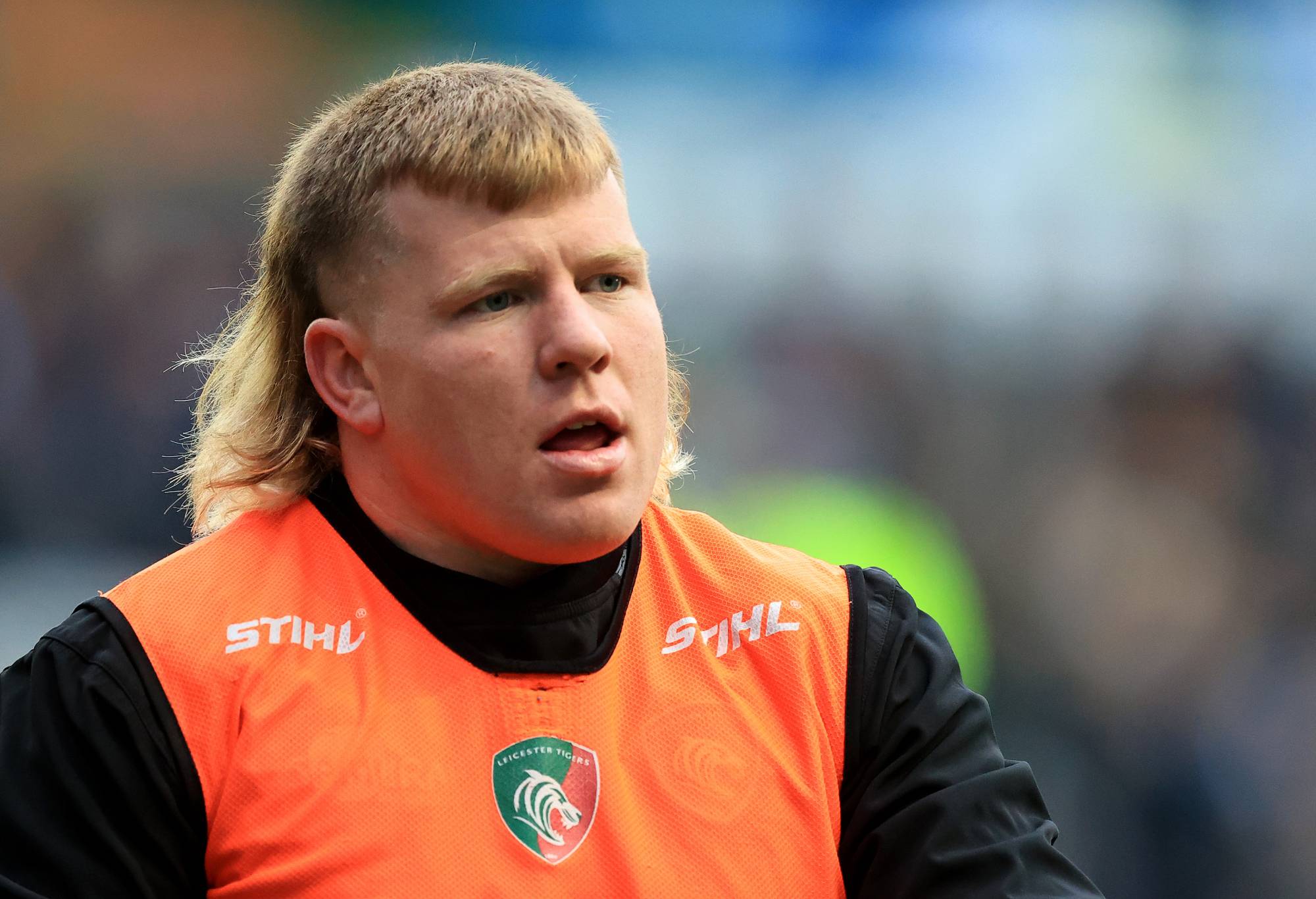 The call up was a shock for the young Aussie.

“I never had aspirations, when I was younger,” Dolly told reporters.

“I didn’t really see a professional pathway in Australia. My granddad, he’s mad for rugby, a few emails flew about and it snowballed from there.”

And did he have any thought of holding out for the Wallabies?

“The choice was made for me in a sense,” he said. His father, Michael, has told the media that Nic’s work rate had been questioned in some quarters at home.

“I had nothing really to go back to in terms of rugby back in Australia and so the obvious decision was to repay the country that have given me the opportunity.

“He goes about his craft very nicely, and wants to get better every day,” Genge added. “He’s a top kid. I have the utmost respect for him on and off the pitch. He’s young, it’s good to have age on your side. Getting a call-up like that, the world is his oyster. He can take the opportunity with both hands. I look forward to seeing him grow more.”

Along with the work rate, Dolly has a fire to succeed.

“Setbacks are inevitable – it’s about how you bounce back from them,” he told reporters ahead of his England debut.

“I didn’t go to private school and I was never picked up by the schools that were major feeders for the Waratahs. After getting released from Sale, I always saw myself getting back into the Premiership. If you’re not willing to work hard then your resilience is null and void, really.”

Jones’ 36-man squad will train in London for three days from Sunday while beginning preparations for the Twickenham match against the Barbarians on June 19, before the three Tests against the Wallabies, in Perth on July 2, Brisbane on July 9 and Sydney on July 16.

There are 10 uncapped players, including Lynagh, in the squad.

Arundell has set the English Premiership alight with his sensational running skills and the 19-year-old London Irish full-back has been tipped as a bolter to make the 2023 World Cup.

Saracens prop Mako Vunipola makes a surprise return and is joined by Joe Cokanasiga, Manu Tuilagi, Anthony Watson and Jack Willis, who all missed the Six Nations through injury.

A number of senior players, including Henry Slade, Elliot Daly, Jamie George and Kyle Sinckler, have been omitted but are expected to go to Australia.