The fractures that have plagued Canterbury for the best part of a decade have broken Trent Barrett and unless Phil Gould can bring unity to Belmore, no amount of spending on high-priced recruits will solve their ongoing problems.

Barrett resolved his own future as Canterbury coach by resigning before top-ranking club officials decided whether he would survive in the role. For the second time in his five-year coaching career, he walked the plank before he was pushed along the gangplank.

For the third time in five years, the Bulldogs have parted ways with a coach under acrimonious circumstances after Des Hasler and Dean Pay were also shown the busy Belmore door.

Gould, who was brought in last year as general manager of football, fronted the media on Monday to say there was “a lot of shock, a lot of sadness at the club” after Barrett informed him that he did not think he should continue in the role following the club’s 2-8 start to the season which has them in last place again and another wooden spoon looming on the horizon. 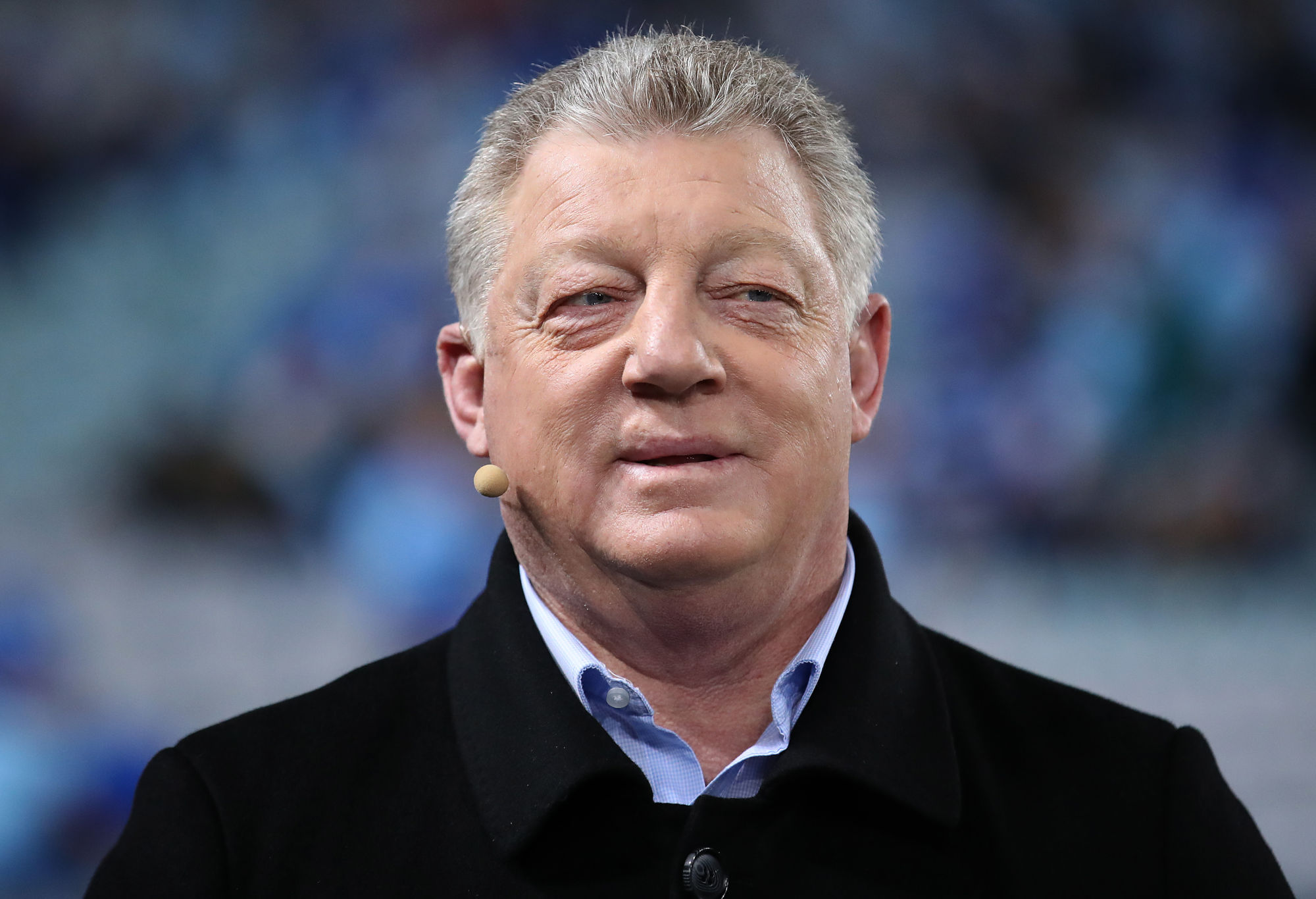 “I wasn’t going to sack him. I think the performances and pressure, he just got the feeling that he probably didn’t have the solutions to what was going wrong. It was a very difficult discussion, it was very raw and he poured his heart out,” Gould said.

“He put his heart into this job and he wanted to end the speculation on the board to make any decision and he made the decision.

“It’s been a tough few weeks. It’s never good when a coach loses his job like this or feels like he has to resign, we all feel like we’ve failed.

“There’s been a lot of media speculation in recent weeks, a lot pressure put on the club and a lot of pressure being put on Trent. You’d have to ask the reason why those sort of agendas have been run. In the end it takes its toll and he’s got a life to lead and he’s got a family to look after and other priorities. 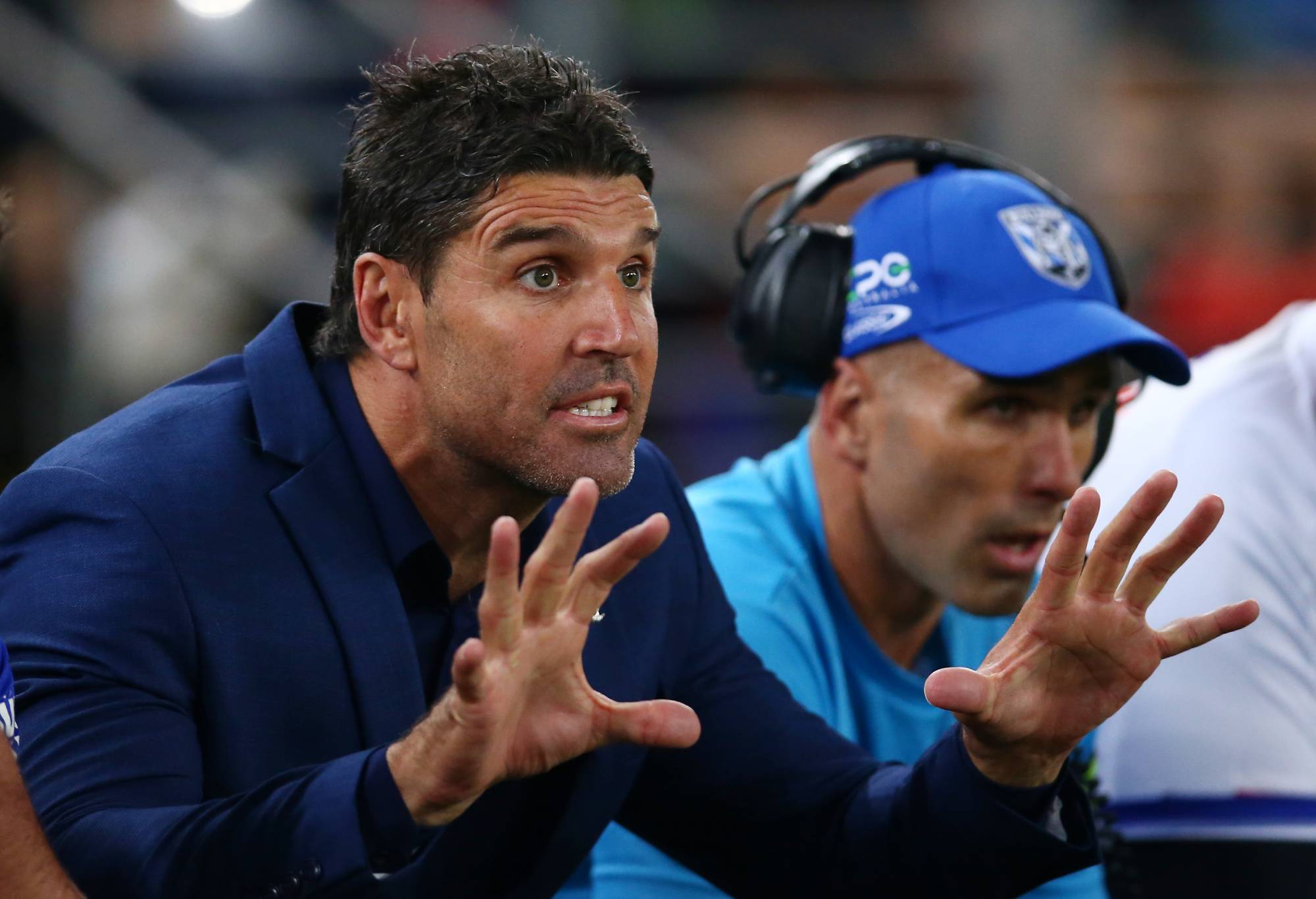 Gould said Barrett “wasn’t good” when he spoke to him on Sunday night and he had made the decision on his own terms.

When Hasler was sacked at the end of 2017, the club’s top brass said they needed someone with “Bulldogs DNA” so Pay, a former club captain who had served an apprenticeship at the Raiders under Ricky Stuart, was given the gig.

Barrett, after making the finals once in three years at Manly and then reviving his career as Penrith’s attacking mastermind as an assistant, was supposedly going to rebuild the Dogs but he won just five from 33 as his overall record plummeted to 34 wins from 106 games at a 32% success rate.

As a five-eighth, Barrett was skilful and talented, you don’t play 235 NRL matches and represent NSW in 11 Origins and Australia in 15 Tests if you’re not. But you also don’t reach those heights unless you work hard.

He started his career in the mid 1990s at the Illawarra Steelers and quickly learned from the blue-collar club that hard work was the most valued commodity.

Even when the Steelers merged with the Dragons to become one of the glamour clubs, Barrett retained that underdog mentality and was rarely surpassed by any teammate when it came to sweating it out in time or intensity on the training paddock.

Gould, who was sure Barrett would pop up again as an NRL coach, said that work ethic still shone through despite the results not coming at Canterbury.

“Trent is as good a young coach as I’ve seen coming through the system, he’s probably just been in the wrong place at the wrong time,” he said. “He’s very confident in his ability and he works extremely hard. I can’t fault him as probably the most hardworking young coach I’ve ever seen.”

Gould said there was not a chance in the world that he would return to the coaching ranks. He will appoint an interim coach in the next 24 hours from within the club, which means former Raiders mentor David Furner is the likely candidate to take over when they take on fellow strugglers Wests Tigers at Leichhardt Oval on Friday.

NSW coach Brad Fittler, who has a long relationship with Gould going back to the 1991 premiership win at Penrith, has been linked to the vacancy at Belmore.

There are several former first-grade coaches on the lookout for a new job with North Queensland’s 2015 premiership-winner Paul Green and Cronulla’s 2016 grand final-winning mentor Shane Flanagan among them. 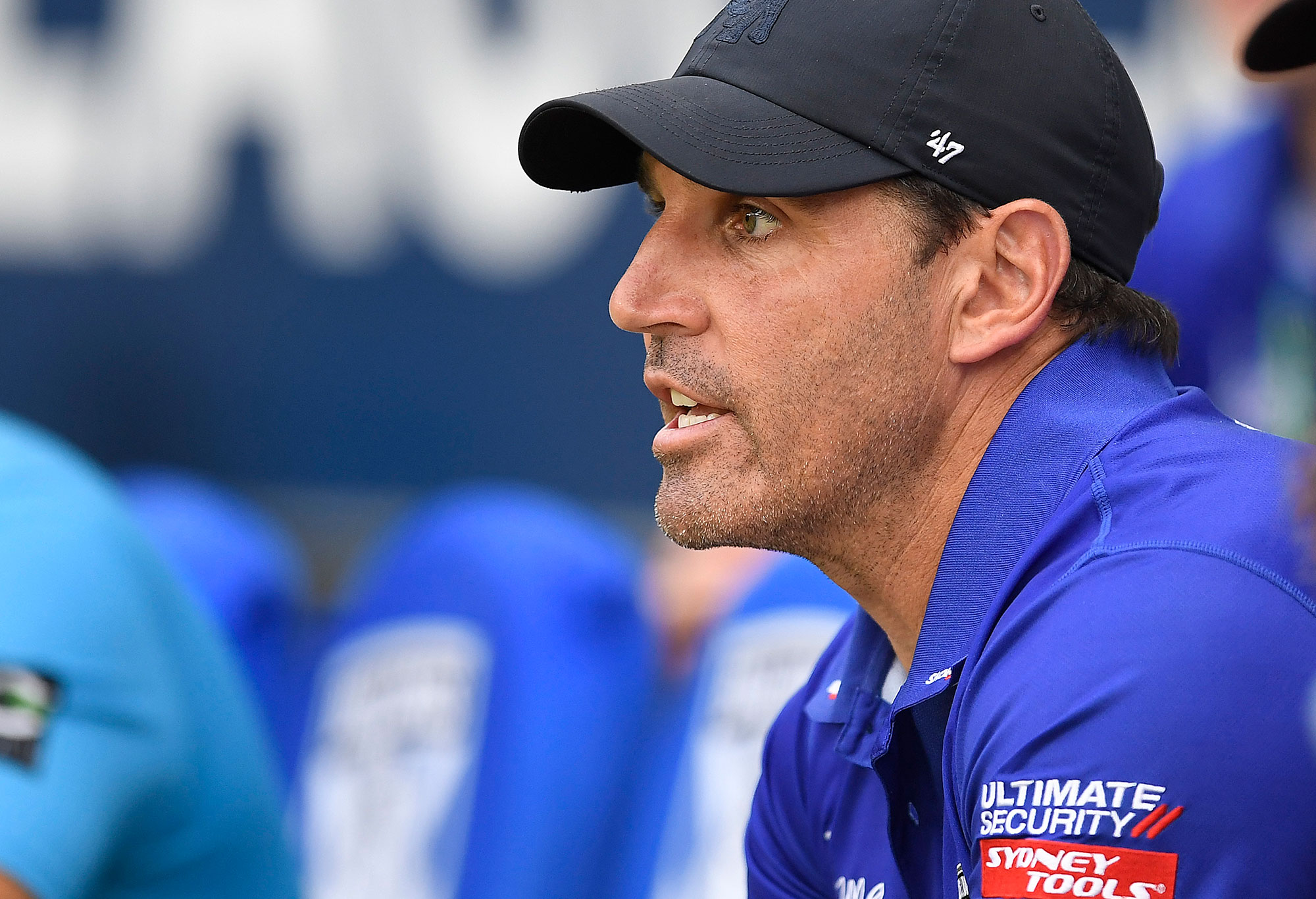 Flanagan’s son, Kyle, was recalled to the Canterbury NRL side in controversial circumstances in Round 5 but his form has been unimpressive as the Dogs have been poor at scoring points, as was evident yet again in their 16-6 loss to Newcastle in the Magic Round opener on Friday night.

After sorting out who will be the interim and full-time coach, Gould’s to-do list is still lengthy.

His first task is to ensure the boardroom is united in staying the course this time around and the directors won’t again knife the coach halfway through a three-year deal to save their own skin. If Gus can’t get that guarantee, it wouldn’t be a surprise if he walked away from Canterbury like he did at Penrith when it was clear the board was not on the same page with him.

Dufty and Vaughan were handed one-year deals and, based on current form, it’s unlikely the Bulldogs will offer them extensions.

Vaughan, after Gould cancelled training on Monday and told the players to head home until Wednesday with instructions not to speak to the waiting media, delivered a spray at reporters as he exited Belmore: “Do you have to be here? You are the worst kind of people.”

First of all, this is the same Paul Vaughan who hosted a barbecue at his house last year which not only rissoled St George Illawarra’s finals chances but led to him being heavily fined and his contract being terminated so the reporters in attendance are right to ignore his views on ethics.

And secondly, Gould had told them to keep their mouths shut because anything they say would add fuel to the firestorm.

The Dogs have plenty of willing forwards and some decent outside backs if they’re fed the ball in the right spots but Burton will only excel as a running five-eighth in tandem with the right organising halfback and Flanagan does not appear to be that player.

Mahoney is a hooker, Kikau is another second-rower to add to their pack. The salary cap is already tight for next year but Gould needs to find a playmaker who can slot in at halfback to steer the team around like Adam Reynolds has done to reinvigorate Brisbane.

If that doesn’t happen, it won’t matter who the coach is next year because they will be destined to fail just like Hasler, Pay and now Barrett.