News
16th May, 2022
11
Join the conversation
Advertisement
Write for The Roar

Teenage Blackpool striker Jake Daniels has become the first active male footballer in England to come out as gay.

The 17-year-old said he was inspired by the example of Adelaide United midfielder Josh Cavallo, who came out last year.

The 22-year-old Cavallo is the only openly gay man currently playing in a top division in world football. 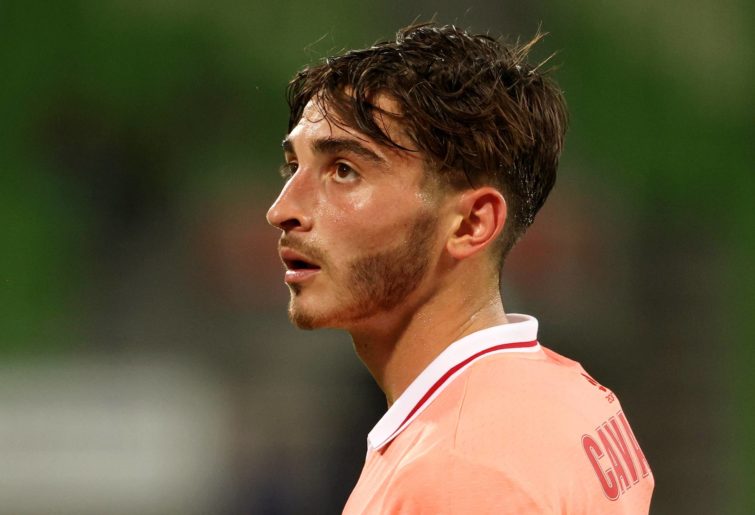 “I’ve hated lying my whole life and feeling the need to change to fit in,” Daniels said.

“I want to be a role model myself by doing this. There are people out there in the same space as me that may not feel comfortable revealing their sexuality.

“I just want to tell them that you don’t have to change who you are, or how you should be, just to fit in. You being you, and being happy, is what matters most.”

Daniels said teammates at Blackpool embraced his sexuality after confiding in them. The third tier club said it was “incredibly proud that he has reached a stage where he is empowered to express himself both on and off the pitch.”

The Football Association said Daniels was an “inspiration” to the sport.

“This is a hugely positive step as we strive to build an inclusive game that we can all be proud of,” the governing body tweeted.

“We are with you and we hope your story will help to give people across the game the strength and encouragement to be their true self.”

“This season has been a fantastic one for me on the pitch,” Daniels said in a statement.

“But off the pitch I’ve been hiding the real me and who I really am. I’ve known my whole life that I’m gay, and I now feel that I’m ready to come out and be myself.

“It’s a step into the unknown but I’ve been inspired by Josh Cavallo, [England non-league player] Matt Morton and athletes from other sports, like [diver] Tom Daley, to have the courage and determination to drive change.”

The only openly gay man to have previously played as a full-time professional in England was Justin Fashanu, though he was playing non-League when he made the announcement in 1990, later reviving his career at Torquay.

The former Nottingham Forest and Norwich City striker took his own life aged 37.

More recently German Thomas Hitzlsperger, who had played at Aston Villa, and American Robbie Rogers, who played for Leeds, have come out after leaving the English game.

Daniels said he had been thinking for a long time about how to tell his story, and living a lie had been affecting his mental health.

“For a long time I’ve thought I would have to hide my truth because I wanted to be, and now I am, a professional footballer. I asked myself if I should wait until I’ve retired to come out.

“However, I knew that would lead to a long time of lying and not being able to be myself or lead the life that I want to.”

Daniels said his mother and sister had reacted by saying “yeah, we already knew” and he had received many supportive messages.

“The day after I told my mum and sister, we played Accrington (under-18s) and I scored four goals, so it just shows how much of a weight off the shoulders and what a massive relief it was,” he added.