On June 5 at Marvel Stadium in Melbourne, a feat that some never thought would occur will occur.

There will be a world championship boxing fight on Australian land.

George Kambosos Jr, an Australian boxer with Greek heritage, will take his four major titles to fight against American Devin Haney, who holds the final piece to the lightweight division.

Kambosos will look to unify the division and look to take the remaining title from Haney, something that will be huge for Australian boxing.

With boxing prodigies such as Tim Tszyu, Harry Garside and Paulo Aokuso fighting under the No Limit Boxing promotions, there seems to be a promotional company who gets all the limelight and all the media attention.

Grinding away on his own is Kambosos, the new lightweight king of the world, which can be said in a kind of silent type of hype.

With such an astounding effort against former champion Teofimo Lopez when Kambosos shook the world, he remains relatively unknown still within the shores of Australia.

Let’s break down in perspective exactly what Kambosos achieved on November 27 last year. 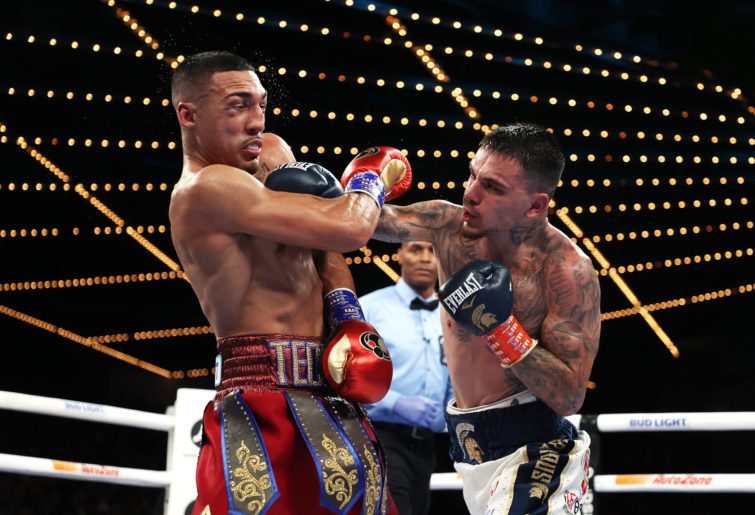 In a very tight argument, it can be said that the lightweight division in boxing at this current time is the most competitive and probably most exciting division of them all.

With Kambosos, there are fighters such as Vasiliy Lomachenko, Teofimo Lopez, Gervonta Davis, Ryan Garcia and his upcoming opponent, Devin Haney. It is an absolutely stacked division.

Prior to Lopez holding the belts, the reigning, defending and undisputed lightweight king was Ukrainian Lomachenko.

An absolute giant in the sport of boxing, Lomachenko took his undisputed belts against Lopez, the only fighter who was willing to fight ‘Loma’ at that time, and he upset him in brilliant fashion.

After Lopez skipped the rematch, young Kambosos was made mandatory and had his shot at the king. As we all know, Kambosos came out victorious, and stunned the world.

But did he really?

Kambosos has fought on the road almost his whole processional career.

He has walked into the dens of foreign countries, and has always come out on top. If you’re a constant follower of Kambosos, you know he was well up for the Lopez fight.

What he did that night was beat the guy in the division who did the impossible. He went to Lopez’s own backyard and beat him.

He took the whole of Australia on his back and carried them to world titles, four of them to say the least. 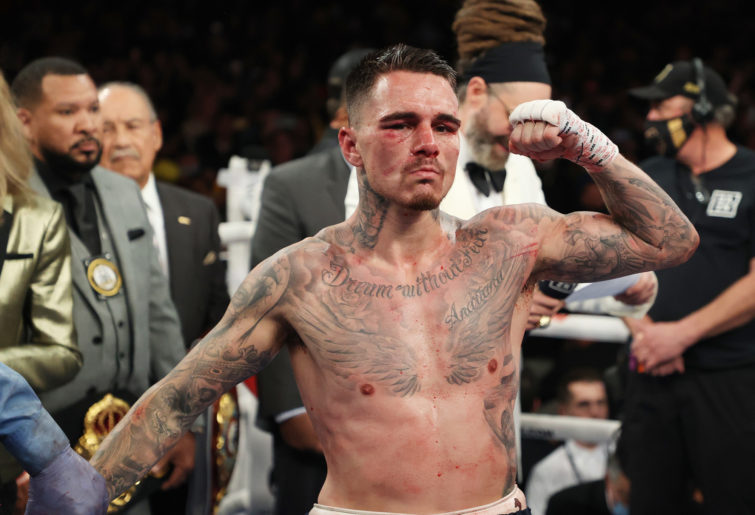 Tim Tszyu and Harry Garside are good fighters and are well on their way, but for what Kambosos has done, he needs the support and the love that those other two are shown within the country.

This is a man who was adamant the fight was in his backyard, and he wants to make these belts Australian and to hold them on these shores.

Yes, I understand there are tickets still and it is a big venue to cover, but a world title fight in Australia with the right promotion should absolutely be sold out by now. Maybe the onus is on his promotion company.

This is the man who is champion of arguably the deepest division in boxing. Australians love being the underdog and being overlooked. It tends to bring out the best in them.

Let’s get behind the underdog and pack out Marvel Stadium on June 5, and make this man the face of Australian boxing.

Because his style will hold up against Haney, which may set him up with an absolutely mammoth fight against the former Ukrainian champion.

To the man who is the undisputed king of Australian boxing at this very moment, good luck and I’m sure the country is backing you.

Alexander Volkanovski put on a show against Max Holloway in the third instalment of their rivalry and once again proved why he's the champ.… 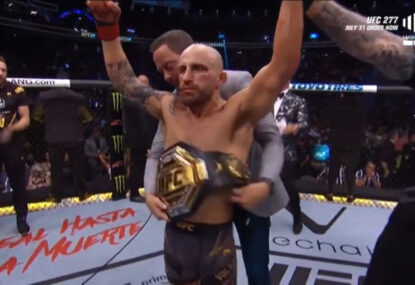 After going ten rounds with a busted jaw, has there ever been a more deserving world champion? 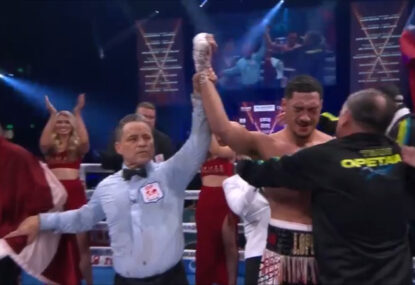 Issac Hardman got a first round knockout win over Beau Hartas after an enormous right hand. Jeff Fenech was in awe of the strength… 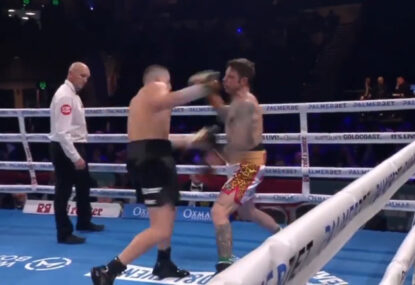