The Roar
18th May, 2022
18
Join the conversation
Advertisement
Write for The Roar

Two-time Bulldogs premiership player Mick Potter will take over at the 2-8 club for the rest of the season after Barrett’s resignation on Monday. Potter has just a couple of days to prepare for Friday night’s Leichhardt Oval showdown with fellow strugglers Wests Tigers.

Canterbury could also be without a bunch of squad members by kick-off, including five-eighth Matt Burton and winger Josh Addo-Carr, after several players have been struck down by a bout of the flu.

Their attack has flopped though, averaging fewer than 10 points per game in the first 10 rounds, an unwanted feat not matched since the South Queensland Crushers battled in 1996.

Jackson said he was “devastated” for Barrett, labelling him the most well-rounded coach of his 10-year career.

But he rejected criticism of the club’s culture, pointing to four losses of 10 points or less as proof they “don’t have to change too much” despite occupying last place on the ladder.

“We’ve got plenty more footy to be played and we’re sitting three wins outside the top eight,” Jackson said. “We haven’t given up on the season at all, we’re still pushing for finals footy.”

The coach’s departure has already triggered player movement, with Brent Naden joining Wests Tigers and others reportedly considering an exit. “Not really,” Jackson said when asked if he feared more sudden walk-outs. “We’ve got two choices. We can use that as an excuse for poor performances or rally together and go out there and win.”

Jackson said he was preparing to front the Bulldogs’ board and vouch for the coach, insisting the players felt responsible for the predicament.

“That’s totally true, he’s a fantastic coach and he certainly has the full support of us and for me, he’s been fantastic for me,” he said. “He’s a brilliant coach, the most well-rounded coach I’ve had. We owe it to Trent and our supporters …. (to) go out there and win.”

Jackson said Potter, who coached the Tigers in 2013 and 2014 without reaching finals, had barely got his feet under the desk. “He’s come in late this week, he’ll sit back and let the assistants do their thing, chime in where he can and take over the reins next week,” he said. “He’s a fantastic addition … and brings an outside perspective too which is important.”

Bulldogs football boss Phil Gould said Potter’s experience would be crucial before they looked for a permanent replacement.

“It is great to have a genuine legend returning to the club,” Gould said. “Michael has extensive experience in the game and will bring a new voice and new ideas to our players.”

Potter said he was honoured and excited about the opportunity to help. “I wish it were under different circumstances as I’ve known Trent for a long time and I really feel for him,” he said.

High performance manager Dan Ferris, who worked with Barrett at Manly, is also reported to have been let go by the Bulldogs.

Star recruit Matt Burton is another who could depart Canterbury earlier than expected. The 22-year-old has an option in his favour for the final year of his three-season deal and would be free to talk to other clubs on November 1 for the 2024 season.

Fellow newcomers Matt Dufty and Paul Vaughan have been linked with moves to English Super League with neither having a deal on the table from the Bulldogs beyond this season. 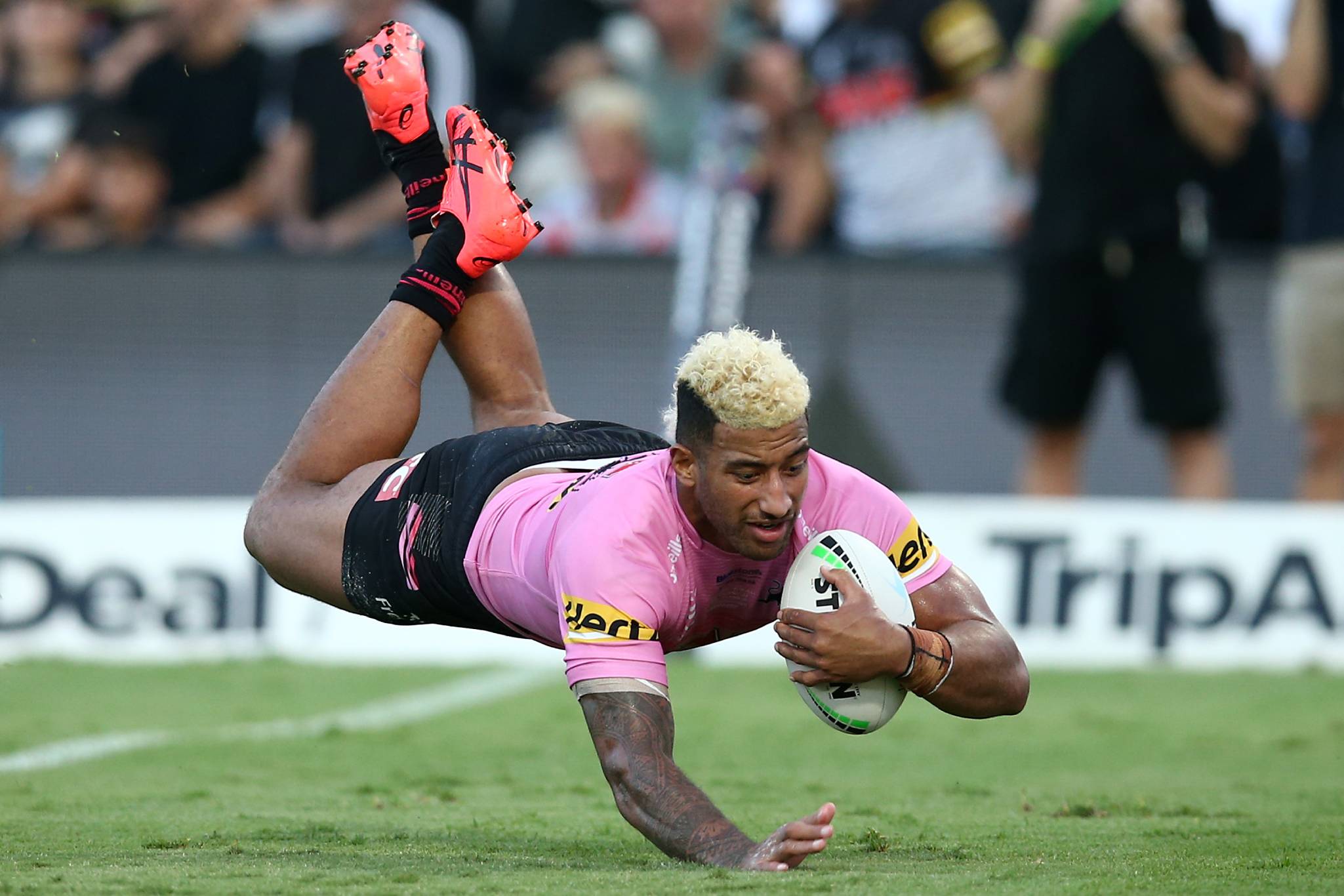 Canterbury fans can at least rest easy that one of next year’s star recruits is still coming to the club with Panthers star Viliame Kikau telling The Sydney Morning Herald that he intended to honour his three-year deal despite the club’s turmoil.

“I’ve got no regrets at all,” he said after Penrith’s win over Melbourne on the weekend, before Barrett exited as coach.

Sharks forward Dale Finucane’s chances of being included in Brad Fittler’s 24-man squad for Origin I are under a heavy cloud after he was sidelined with a knee injury.

Finucane also copped a concussion in the controversial incident which led to Canberra captain Elliott Whitehead being sin-binned in the Sharks’ Magic Round loss.

Sharks coach Craig Fitzgibbon expects Finucane to be out for a couple of weeks at least and with Fittler, a noted fan of the veteran forward, announcing his team next Sunday, that means he would have to be picked without playing another game.

With fellow middles Victor Radley (ankle) and Cameron Murray (shoulder) out of the running, the Blues’ depth will be tested although Fittler still has Isaah Yeo and Jake Trbojevic available to support first-choice props Payne Haas and Junior Paulo.