What would Johnny Warren make of the A-League on the anniversary of his 79th birthday?

Stuart Thomas
Expert
18th May, 2022
49
Join the conversation
Advertisement
Write for The Roar

Melbourne City failed to cement their perceived favouritism for the 2021-22 A-League championship on Wednesday night, as Adelaide United stood firm and held them to a scoreless draw in the first leg of their semi-final at Coopers Stadium.

Similarly to the derby clash between Western United and Melbourne Victory a day earlier, the match had everything that neutral fans could ever hope for; chances at both ends, sparkling attack and defensive deeds of which to admire. Yet, sadly on this occasion, no goals.

The second legs will now be the pivotal games in deciding our grand finalists, with Victory looking to secure their spot off the back of 16 games unbeaten and City desperate to stifle the dangerous Reds in the return fixture at AAMI Park.

As a league, the two-leg semi-final concept is an experiment. Thus far, it certainly appears to have captured interest and for fans in Melbourne been something of a boon, with three of the four matches to be played at AAMI Park.

From the outside, it looks like a format the A-League owners may wish to pursue in coming years, despite an apparent reluctance to move away from a single game to decide the overall champion once the two legs have been completed.

With 12 teams now involved in the competition and the most recent expansion clubs proving more than competitive, the A-League certainly looks a lot different from the one that first graced our cable television screens way back in 2005.

The competition was officially born in April of 2004, just as the NSL folded as a financial and structural disaster.

A few months later, Australia’s most passionate football advocate, Johnny Warren, passed away from respiratory complications related to the lung cancer inside him, a disease brought about by a lifetime of cigarette smoking.

Tuesday the 17th of May would have been Warren’s 79th birthday, had we been fortunate enough to still have him among us. Instead, the man who played 42 times for the Socceroos and represented our nation at the 1974 FIFA World Cup, where Australia made its first-ever appearance, has since watched the goings on in Australian football from afar.

From his lofty perch in the heavens, Johnny has seen the birth of the A-League, its multiple successes and failures, the Socceroos take all Australian football fans on the most rewarding yet frustrating of rides since becoming World Cup regulars, and he would no doubt be impressed with the growth in women’s football and the role the Matildas have played in inspiring thousands of young girls to kick a sphere. 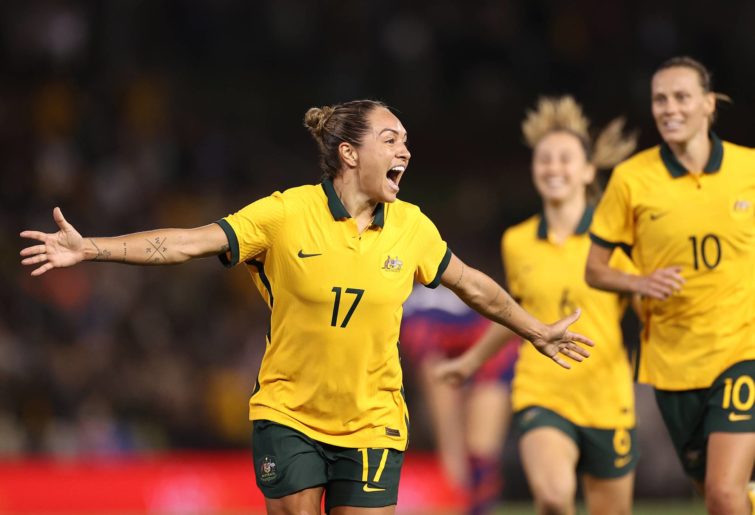 Johnny Warren would have loved seeing that in person.

During his time on planet Earth, Warren warned everyone within earshot that despite the institutionalised dislike of and disrespect for football in Australia, it would one day flourish. The anniversary of his death on Tuesday had me thinking about just how the former broadcaster, author, coach and player might assess the current A-League competition; the decisions that have led it to this point and how successful he felt it had been across its first decade and a half.

Despite constant criticism from certain sections of Australian media, methinks Warren may well have been blown away by the sight of a near-full AAMI Park for a Big Blue or Melbourne Derby, just as the idea of a competitive New Zealand based team mixing it with the locals each and every week would have impressed him greatly.

Johnny would have undoubtedly loved seeing our best young talent given opportunities abroad, something that was extremely rare for those of his ilk and – knowing full well that the long-term future of the game depended on a serious commitment from a commercial broadcast partner – be pleased with the current arrangement between the A-Leagues and Network 10/Paramount+.

There are plenty of modern elements which Warren would undoubtedly claim back up his famous “I told you so” line, one that warned of the patient and long-term plan and vision required to put Australian football on the map once and for all.

I feel he would be happy with the progress, yet also disappointed with much decision-making at the administrative level that appears to have disenfranchised many football fans. Some have been alienated completely, Eurosnobbery is rife and attendances continue to be problematic.

The constant and challenging battles for corporate dollars, media space and general attention would no doubt be issues high on his agenda should Johnny be here to hold court amidst an open football discussion.

He would be well pleased with an elite-level competition far more professional and successful than anything he was ever fortunate enough to participate in, yet ‘Captain Socceroo’ might also be just as frustrated as the rest of us when it comes to the snail-paced progress of the game in Australia.

Something tells me Warren might say, “See, I told you so, but gee we still have a long way to go.”