'You had to be a smartarse': Dear Paul Vaughan, just like NRL players not all journos are 'the worst people'

Hi Paul, How are you going? It’s been quite a week, huh?

Sorry about your mate Trent Barrett. That must have been tough.

If only there was something you could have done for… I don’t know… 80 minutes a week that would have helped him stay in his job.

I saw the little outburst you made on Monday, calling rugby league reporters “the worst kind of people”. Bit of the pot calling the kettle black.

My apologies, I forgot to introduce myself. My name is Danielle, and I am one of those “worst kind of people” that you mentioned. One of those people fortunate enough to spend their days chatting and writing about the greatest game of all, as well as someone who knows well enough that not all rugby league players – or anyone for that matter – should be tarred with the same brush.

Because some do great things, and some do stupid things.

I appreciate you would have been feeling a lot of emotions after the news of Trent Barrett “stepping down” as coach, and you were probably not in the best frame of mind. There was a lot going on.

You would have seen the media waiting outside, knowing they would want to ask you questions. You’ve danced this dance before. But like always, you didn’t have to respond.

You could have said nothing and walked straight past and got in your car. You could have even just said “no comment”. But no, you had to be a smart arse.

You had to have a dig at the journos for doing their job and waiting to report on the breaking rugby league news.

I understand not everyone possesses common sense, it’s not that common after all. If only someone had warned you before heading outside not to speak to anyone, so you didn’t say anything that could make the situation worse.

Oh, wait, someone did. Phil Gould, the general manager of your club.

But like you have demonstrated so effortlessly in the past, you have never been any good at following orders.

The name Paul Vaughan was once synonymous with phrases like ‘star forward, ‘tough player’, ‘Origin and Australian representative’. 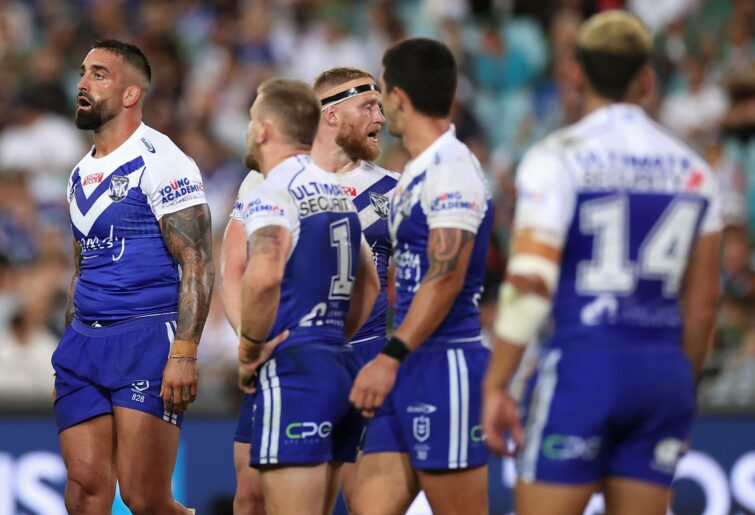 Now, people associate it with ‘BBQ Gate’, ‘sacked player’ and ‘didn’t he get caught up in a sexting scandal?’

So, I hope you can forgive me if I found it highly amusing that you of all people were having a go at someone else’s integrity. Have you not heard of the phrase “people in glass houses shouldn’t throw stones?”

Now, I’m not here saying all rugby league reporters are perfect. Far from it. Some, especially recently, have shown a very poor side to their personalities. But most are diligent and hard working.

And you know what else? We don’t group together all NRL players and call them grubs when a few bad apples spoil the bunch.

I always get protective when the entire code gets incorrectly labelled – thank you for showing me the same courtesy.

You may not like or respect league journos, but I can’t help feeling it’s because of what has been reported about you in the past. Maybe next time don’t give us so much ammunition.

We all really could have been such good friends.

We are the bridge between the teams and the fans. There are days when both sides of the bridge don’t like us, but that is part of the job. Sometimes we have to report on things that aren’t nice or may make others upset, like when players think they are above everyone else and break COVID protocols.

Just because of our job title, don’t think for one second that we are all the same, or that you are better than any of us.

The worst kind of people don’t all have the same occupation. But they do have a lot of the same traits – they lie, they cheat, they think of themselves first, they blame everyone else for their problems and have extremely short memories.

Okay, I’ve said my piece, I’ll leave you be.

I’m sure you are extremely busy anyway, sussing out all the different BBQ stores there are in England.