Katrina May
Roar Rookie
19th May, 2022
2
Join the conversation
Advertisement
Write for The Roar

Formula E world champion Nyck De Vries is set to take to the track tonight in the first practice session of the Spanish Grand Prix. The Dutchman will take over Williams driver Alex Albon’s car for the session, making his Formula 1 weekend debut.

De Vries and fellow rookie Juri Vips, who will be driving Sergio Perez’s Red Bull for the session, have been given this opportunity thanks to changes to FIA regulations. The changes are the biggest in the sport for decades, with many people focusing on the major differences to the cars and regulations. However, they also include a major opportunity for rookie drivers.

Young talent will be able to take part in free practice 1, with every team mandated to do so twice per season. It can be the same driver twice, or two different drivers on separate occasions.

This is where De Vries comes in. The Mercedes EQ Formula E driver is currently listed as one of the Mercedes F1 reserve drivers, along with his teammate Stoffel Vandoorne. He’s been in that role with the team since 2021, after taking part in the team’s Young Driver test at the end of 2020.

During that time, he became the first-ever Dutch world champion (just beating Max Verstappen to the title) by winning the Formula E 2020-21 World Championship. 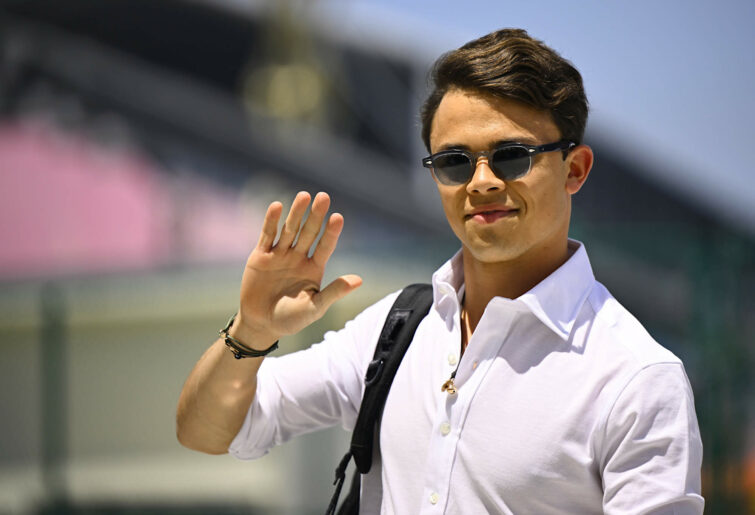 Though many have discussed why De Vries is testing a Williams versus a Mercedes, it does make sense. Williams is a Mercedes customer team, and have been since 2014. Mercedes have used the team to train up young talent, most notably current driver George Russell and new Alpha Romeo driver Valterri Bottas.

Mercedes have a strong driver line-up for this year with Russell and seven-time world champion Lewis Hamilton, whereas Williams has been rumoured to be looking at replacements for Nicholas Latifi.

Mercedes is also pulling out of Formula E next season, with McLaren to take over their team from the end of this year. This would mean both Vandoorne and De Vries won’t have the same ties to their Formula 1 counterparts as they have for previous seasons.

Vandoorne is set to move to the new DS-Penske team, while his teammate has been linked to a series move to the World Endurance Championship.

With De Vries out of contract, and Williams looking for a new driver, it makes perfect sense for them to link up. And giving the Dutchman the opportunity around Spain isn’t an issue for the team or their current driver line-up, as the Circuit de Barcelona-Catalunya the site for their yearly pre-season testing, meaning they already have plenty of data ahead of the race.

It’s the perfect opportunity for team’s to test out their talent in their Young Driver programs, and could hopefully result in some teams considering changes ahead of the 2023 season.