News
21st May, 2022
22
Join the conversation
Advertisement
Write for The Roar

Serbian striker Aleksandar Prijovic scored twice and added an assist as Western United advanced to the A-League Men grand final with a 4-1 win over Melbourne Victory at AAMI Park.

United made the season decider in just their third season and ended Victory’s club-record 16-match unbeaten run with a 4-2 aggregate win in a pulsating match on Saturday.

Trailing 1-0 from the first leg, United twice hit the front as Prijovic capitalised on two wonderful crosses to score in each half. 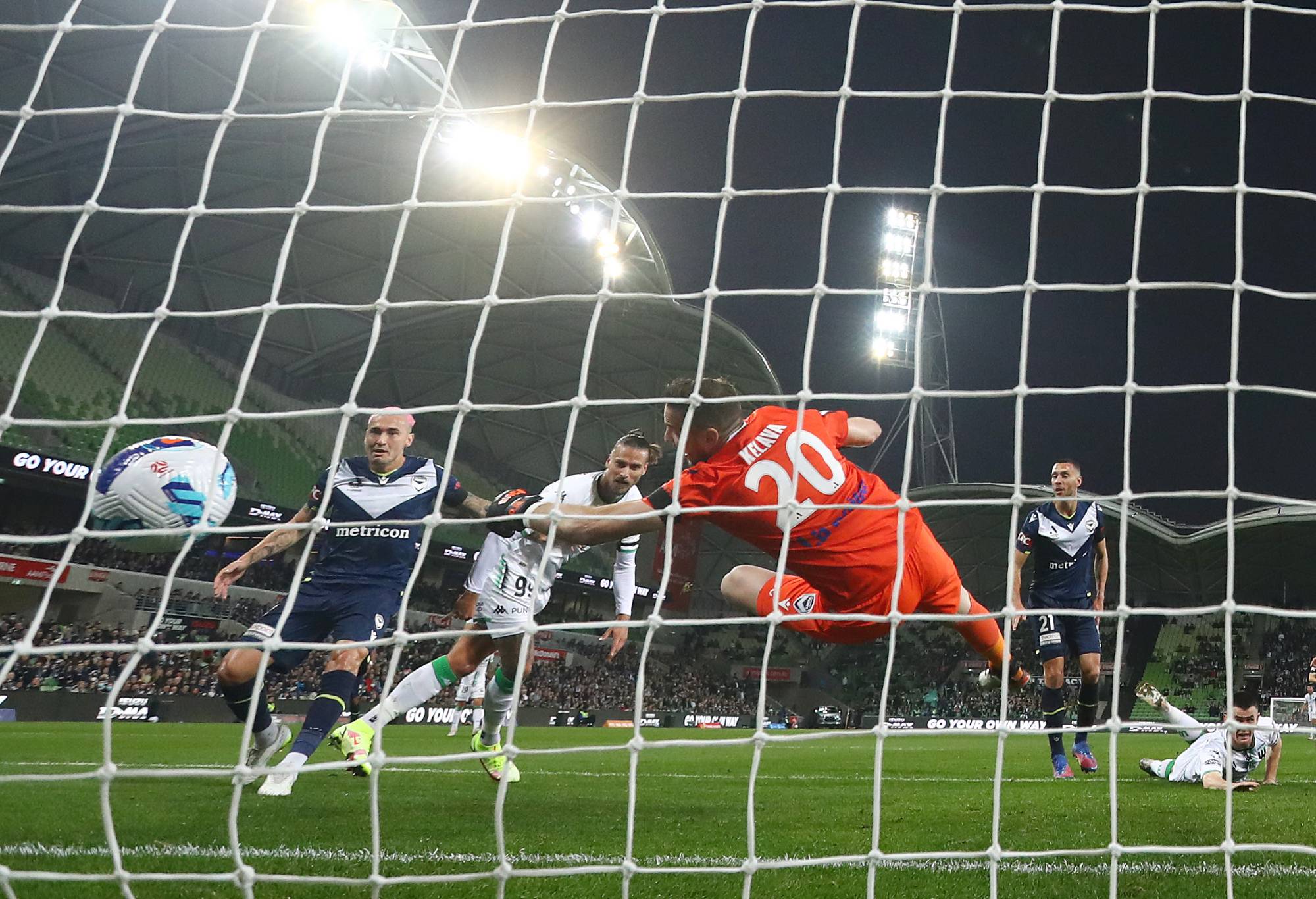 Prijovic set up the decisive third goal in the 78th minute, as his delightful layoff fell to Lachie Wales, whose shot deflected off a Victory player into the net for the go-ahead goal.

The excellent Dylan Wenzel-Halls added the icing with a fourth in the ninth minute of added time.

Prior to the final goal of the game, Victory had a number of chances to level the tie and also had an unsuccessful penalty shout.

A Jake Brimmer free kick in the 82nd minute forced a good fingertip save from Jamie Young and Victory twice came close to scoring in the 88th and again in added time, with all three efforts coming from substitutes.

Francesco Margiotta hit the post, Chris Ikonomidis blazed a follow up shot from close range over the bar, and Brendan Hamill had a shot pushed away by Young.

Western scored with their first attempt on target in the 18th minute, with Prijovic’s far-post header rewarding a delightful cross from Connor Pain.

Victory midfielder Brimmer again put his side ahead on aggregate with a peach of a free kick in the 37th, the fourth straight game in which he has scored.

Young made a full stretch save to keep a powerful Josh Brillante shot out in the first minute of the second half.

Western briefly thought they were ahead again when Wenzel-Halls’s header hit the net just after halftime, only to be correctly ruled out for offside.

Three minutes later they did hit the lead through Prijovic’s fine sliding finish from an excellent Wenzel-Halls cross.

Victory ratcheted up the pressure after going behind for a second time, with Young making saves from Ben Folami, Marchan and Nick D’Agostino.

The home side were adamant they should have had had a penalty in the 42nd minute when Josh Risdon appeared to foul Rai Marchan.

Referee Alex King didn’t award a spot kick at the time and reaffirmed his decision after being called to the touchline by the VAR to view a replay of the incident.