Are the Aussie sides still optimistic after more Kiwi dominance?

Although the Australian teams have copped a few losses in the preceding two weeks, their intent has definitely improved.

It isn’t nice to see the Force and Rebels capitulate as they did, but at least they’re having a crack.

It was almost a false dawn for Aussie teams as Trans-Tasman took centre stage, but it was great to see some positive results.

Let’s be mindful, that last year Australian teams won two games, and preceding that, have copped a hiding from our New Zealand brothers.

It has certainly taken the wind out of our sails the last few weeks, but the Brumbies have flown the Aussie flag proudly.

The Waratahs have been a massive turnaround from last year and are showing some real steel.

The Reds are probably the best team on paper, but can’t seem to get the same flow as they do, consistently against Australian opposition for the past three years, but they can perform. 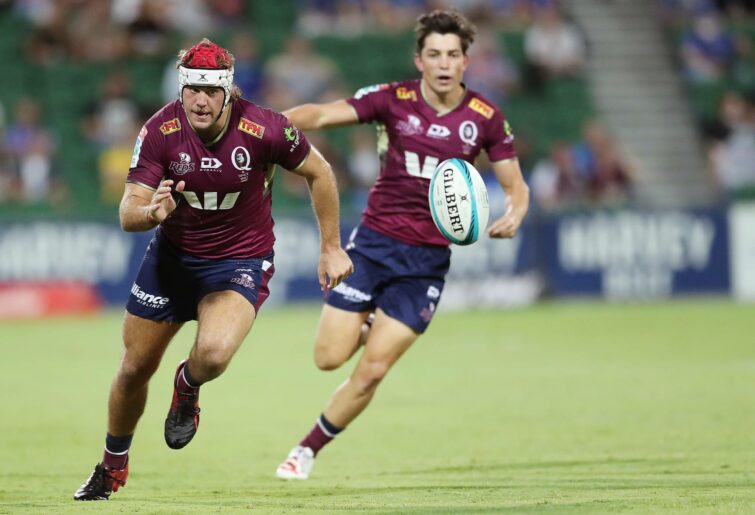 The Rebels and Force simply have poor coaching. Tim Sampson did a wonderful job to reinvigorate the Force but the switch to Simon Cron has huge merit.

Yes, he’s a Kiwi, but he has been a resident of Australia for 20 years and has been extremely successful.

He will be treasured as an Australian icon the same as our many great entertainers such as Crowded House, Russell Crowe and the Pavlova (of course, if he fails, he’s a Kiwi).

To watch a Kiwi team is an extraordinary experience. Every team, one to five, are simply outstanding.

To see the kick in behind against the Brumbies, is cleverly looked at and arranged from the Blues.

It is the only threat from Australia and as Auckland dominated the entire competition, they picked apart the Brumbies.

The Brumbies; line speed in defence is awesome, and is not offside, like every NZ team (including the All Blacks) has got away with for 20 years when no one else can, it is genuine.

On a side note, look at any footage of the All Blacks or provincial teams that have been penalised since 1998, and show me footage. It’s at least a metre.

They haven’t been pinged for offside in defence for 24 years.

Each team has a different style, and although they get under the pump every now and then, they just find a way to win.

The Brumbies, Reds and Tahs are, at least, starting to believe. As a Wallabies unit against the All Blacks, there is nowhere near enough depth for two full strength sides, but a starting 23 and a secondary 15 is a start.

The Brumbies, Reds and Tahs are playing with ticker, I think the Force are there as well, but it looks like trips to the eastern seaboard and NZ are definitely taking their toll, but the intent and belief is at least 50 per cent more than the past five years.

The Rebels have a talented squad, but unfortunately, up front is where they are lacking. They need a strong coach.

I don’t know much about Kevin Foote, but I can see it isn’t working.

It’s time to bring through Aussie coaches through the system. It’s time to give them a chance and stop trying to replicate what happens OS.

The current crop of coaches doing well include:

Even Chieka is awesome for bumper run in a similar vein to Eddie.

For years, Australian rugby has been competitive at a national level. There are two national teams that have nailed us for eight and twenty years and they are England and New Zealand, respectively.

Although I see New Zealand as a longer term challenge to win the Bledisloe, it’d be great to pinch one game.

As for England, I’ll take two to one. But I’d love to see three-zip.

We have the talent, can the coaches do the same?

The mental side of rugby is huge. Mr Rennie, you’re a Kiwi, but for the next 18 months be green and gold (unless you want to exploit the offside rule in defence like the Kiwis do).