Origin is fast approaching, so that technically means every person and their dog will throw their opinion as to who should get picked.

Today, I am not different, as I look to pitch my best 17 for Queensland for Game 1 in two weeks’ time.

Without further ado, here are the 17 men that I would choose to represent Queensland when State of Origin kicks off.

1. Kalyn Ponga
There has been no real push from other contenders for the jersey, so Ponga basically gets in on merit. He is not in the greatest form, but I have seen Ponga light up Origin arenas at any given stage of his career. He provides a kicking option and he is a strong ball player.

2. Selwyn Cobbo
He barely beats Corey Oates for me. Oates has been in blinding form, but so has his winger counterpart, Cobbo. The young talent has really stretched his wings in the past fortnight, and really looks like a young Greg Inglis when in full flight. Can Cobbo stand up in the bright lights of Origin? I guess we will see soon enough.

3. Valentine Holmes
He is arguably the in-form centre of the competition at the moment. The makeshift fullback slash winger has really found a home in the left-centre position. He looks to be in the best shape of his life. Holmes is no stranger to the Origin arena and loves to score in it, as well.

4. Dane Gagai
One of the best performers on the Origin stage, Gagai seems to shoot to a whole new level when he puts on the maroon for Queensland. He has been a staple on the right edge for Queensland for a long time, and doesn’t look to be slowing down any time soon.

5. Xavier Coates
The young speedster from Melbourne has been scoring tries at will in his new back line. He is in strong form himself. He will offer an aerial threat against the smaller NSW wingers.

6. Cameron Munster
He picks himself. He is the best five-eighth in the competition. Say less.

7. Daly Cherry-Evans
He is the captain. He is a great leader. He is playing well in a very inconsistent Manly side. He tries his tail off. He will lead from the front.

8. Josh Papalii
‘Big Papa’ is an absolute mainstay in the Queensland pack. He knows how to rise for the occasion and always shows out in the maroon.

9. Harry Grant
The young whiz from Manly is ready to take the maroon nine and make it his own. He will cause havoc for the NSW forwards when they tire. He will be a mainstay for years to come for Queensland.

10. Jai Arrow
Currently playing on the edge for his club, Arrow has never let Queensland down when he’s been asked to play in the middle. He offers a great mix of tenacity and skill in the Origin arena. He may be a dubious call, but I like Arrow in the front row to start the game.

11. Felise Kaufusi
The Storm back-rower goes about his work in a quiet way. He is always efficient at the Origin level. He will tackle his arse off when needed and will take a heavy carry when called upon. 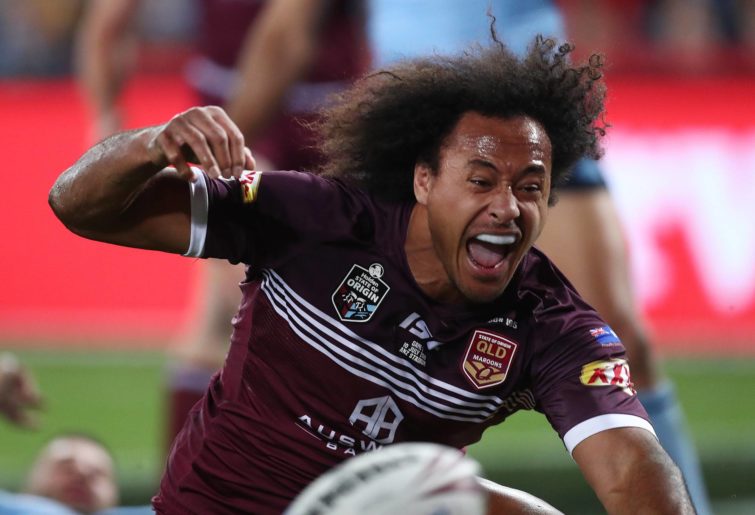 12. Kurt Capewell
He has played in the centre for Queensland before and did an honourable job, but I would love to see him in his favoured position, just outside of Munster. He is a tricky player. He can create something out of nothing and is a strong defender.

13. Pat Carrigan
It may surprise people, but I just cannot see a better option at 13 than Carrigan. He is fresh off an ACL injury. He has picked up right where he left off and has been an absolute workhorse in the middle for Brisbane. He has the potential to be a great leader moving forward. I just cannot deny his effort and skill set for the Origin arena.

14. Ben Hunt
This is a contentious pick, given people want a faster utility in the Origin arena. His form warrants a selection in the side somewhere. He has really controlled the Dragons all year and has shown just how strong he is in defence. He gets the utility nod for mine. 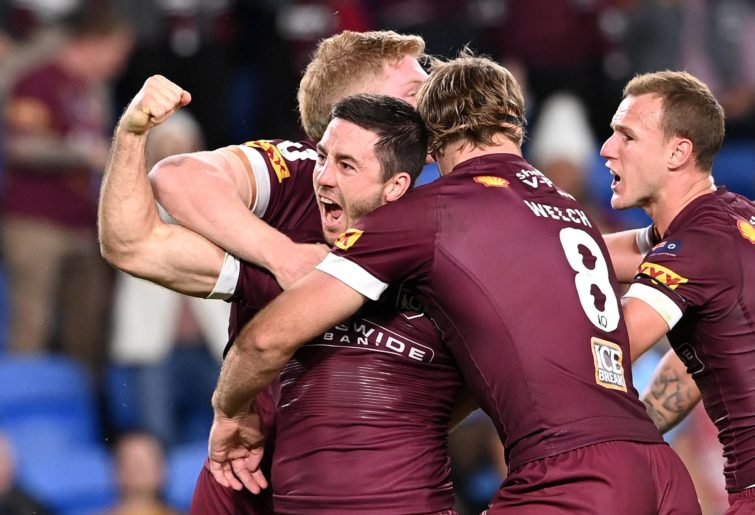 15. Tino Fa’asuamaleaui
The Titans’ fans may feel like their captain deserves to start, but I would have Fa’asuamaleaui off the bench, as he provides a strong impact and sense of tenacity that the bench will need to bring.

16. Moeaki Fotuaika
Joining his captain, Fotuaika is a star going forward. ‘MoFo’ was one of Queensland’s best last year, when he was playing. He is a very durable big man and has a lot of skills. Fotuaika will fit in well with the Origin scene.

17. Reuben Cotter
He is the workhorse from Townsville. I have Cotter making the 17 to make his debut for Queensland. He is an absolute workhorse and plays well above his size. Cotter has heart and the aggression to match. He will be an absolute nightmare for tiring NSW forwards with his fast feet around the ruck.

For the purposes of this article, the players who were unlucky to miss out are Corey Oates, David Fifita, Lindsay Collins and Thomas Flegler.

This is the best 17 I would pick for Queensland for Game 1. What changes would you make? Can this team win it all?