The rise of the flood defence: An AFL malaise

A fresh malady has fallen upon the AFL.

Like the mist descending on the mythical Brigadoon, it is drifting down.

At first I thought teams were just tired and playing out quiet dirges. The television camera span just showed the tight contest.

But just occasionally, the wide view camera showed that all the players were confined to a third of the ground. A new defence has been revealed.

The commentators have been quiet. There is no name yet for this defence.

No previous AFL idiom can be used to describe it. I have to draw on other sports to define it.

It is like a full-court press in basketball, a moving ruck in rugby union or maybe a football midfield press.

It is a full-ground width defensive space coverage for about 120 metres deep. A few defensive team players are always behind all the attacking team’s players. 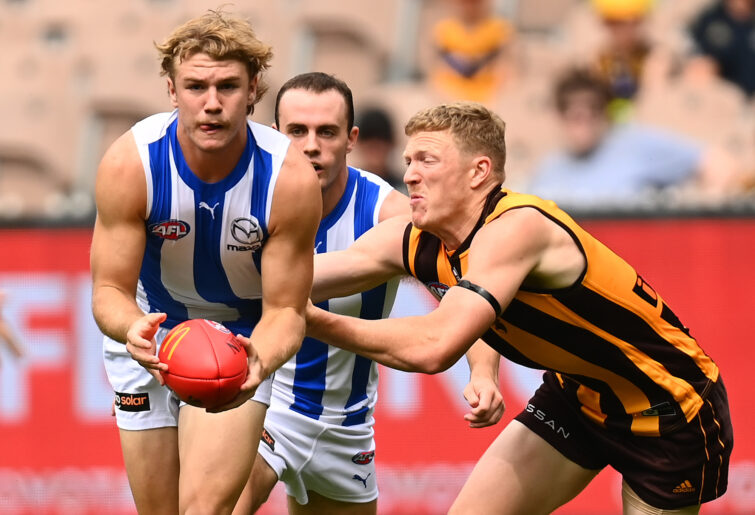 It moves backwards with the opposition’s advance. It is an impenetrable wall. It is stifling and it is killing our game.

Flooding is not new. I think it first started with my under-12 coach when we played the top team.

We were somehow up in the last quarter with a ten-goal breeze against us as well as their six-foot-two full forward with a full beard.

Six of our players fitted in the goal square and the full 18 in the defensive 30.

Terry Wallace embraced the concept. Ross Lyon elaborated the flood, perfected it and made it an art form.

Certain Sydney coaches revelled in it, may even have made finals because of it and perhaps even have a cup in the cabinet that has a debt to flooding.

Richmond had the three extra players behind the play, then the burst forward.

Now we have the moving flood press. And every team is doing it.

The moving flood press seems like a coach’s cunning plan. Certainly it wasn’t devised by a player and definitely not be a supporter.

It generally means that the ball is trapped like a pinball flipping from player to player. Chip it forward to a running player if they can. Boot it long to a contest on the boundary if they can’t.

The ball can always be taken over the line to ensure the opposition can’t rebound. Possession turns over again and again. 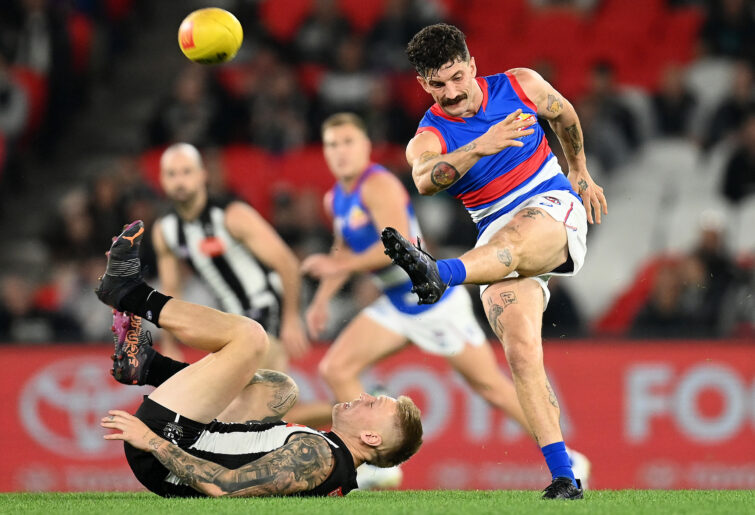 Kick it backwards and sideways for a quick switch. But the defensive press players can sprint the 200 metres too.

But as the forwards are also exhausted, they most probably will kick a point. And then the press starts again.

The AFL brought in the six-six-six rule to stop this sort of recalcitrant behaviour. But this only works for the first few kicks after the bounce.

Once the ball is moribund, the press is on. The stand rule does nothing. It just allows the free kick or marking recipient the ability to move an extra five metres to the side and forward.

And it makes the man on the mark look silly. The 20-metre full back kick-out marker just pushes the press back ten metres.

With zen and the art of footy, the axiom is that for every cunning plan there is a counter plan.

The ways to beat the moving flood press include strong, skilful players barging through, tall players holding their marks, players with fresh legs out-running the opposition and finally the random free, including the bonus 50 metres.

Certain players take on the press with speed and strength. Players such as Christian Petracca, Clayton Oliver, Marcus Bontempelli, Shai Bolton, and even young Patrick Dangerfield take on the opposition space defenders and brush them aside. 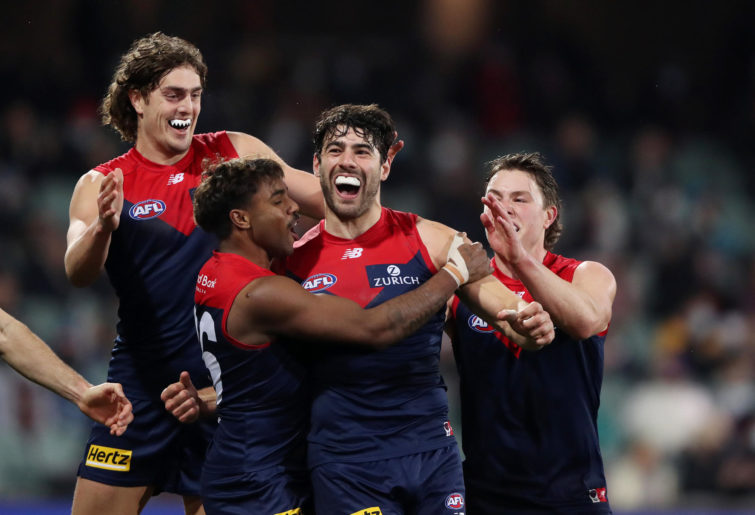 If they can break the tackle and burst through the press and a running forward gets clear, goals can be had. Melbourne won a premiership from that.

Key position players such as Steven May and even ruckmen such as Luke Jackson and Max Gawn give a way to mark through the press.

But they have to hold their marks, avoid the subtle shepherd or check on the leap and the running, leaping punch of the defender.

Richmond are now running two ruckmen, not because they are needed in the ruck but for marking around the ground.

And the tall marking players have become crucial. This can be seen by the Western Bulldogs’ difficulties at the start of this season. Their lack of ability to beat the press is caused by injured, soft and untalented tall players.

The concussion substitution rule has been found by many coaches to be a golden bullet. Fit, fast players are substituted for tired players to give an added press-breaking boost. Nobody needs the concussion excuse anymore.

The last effective way to break through the press is the surprise free kick accompanied with a quick play-on or 50-metre penalty.

No wonder the fans are screaming about random frees and 50 metres for having a sullen look. It breaks the moving flood press and decides games.