Christo
Roar Guru
26th May, 2022
39
Join the conversation
Advertisement
Write for The Roar

His present deal was supposed to last until the end of 2024, however Haas was not willing to wait and instead wants to be out the door as soon as possible. This is due to contract negotiations not ending well between himself and the club.

If Payne was willing to go through with the deal, then it would start at a $750,000 payout this season, before $100,000 added on each of the final two years. The Origin prop was reportedly offered an extension which would expire in 2027 and would be earning a million dollars each year.

Haas believes he is worth more than the cash on the table and the reports were he also wasn’t happy with the money he was getting paid, regarding the rest of his current contract.

According to the Brisbane Broncos, the club will “not be entertaining a release”. This statement was given around just over a couple of hours after the news was released.

Brisbane obviously has been very poor over the last two years, however, the club is on the rise. The Broncos have been on a high recently as they’ve won five games in a row and don’t look like stopping their rampage any time soon. Therefore, an excuse that the club is struggling can’t be added into the reasoning of Haas leaving.

It would be seriously hard to look your own teammates and peers in the eye at training after them knowing that you don’t want to stick around at the club. The franchise that has built him up to be the player he is and backed him since he was a youngster.

I understand the fact that any of the 16 other clubs would want his signature and more money would be offered, but why wouldn’t you want to remain with a team that is shaping up to be a top side, and in just a couple of years a million dollars will be coming your way? 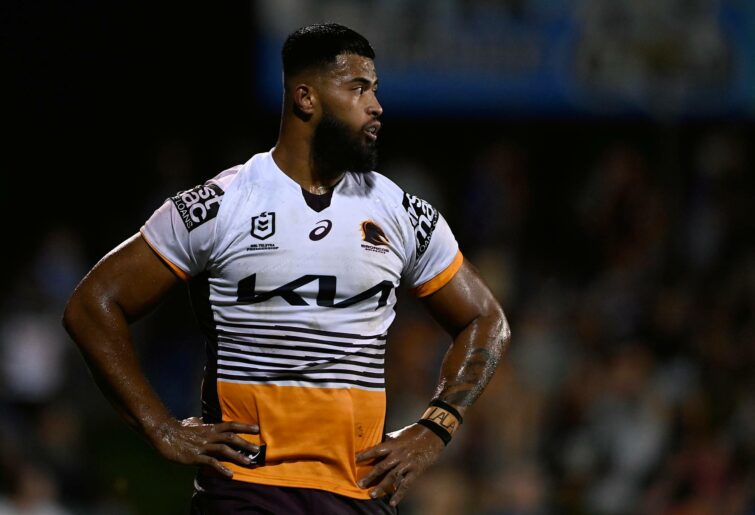 Has Haas demanded too much of the Broncos? (Getty Images)

A major topic that is being debated is whether the Origin front rower is even worth more than 1 million. In my opinion Haas is the Broncos’ most important player, although the length of his contract just can’t mix with the large dollars.

We’ve seen what happened to David Fifita after accepting a $1.2 million-per-season deal on the Gold Coast. He hasn’t been close to his potential and the large contract is beginning to look like a fail if his struggles continue.

I’m not saying the same thing will certainly happen to Haas, however, it’s a risk and I don’t think we’ve seen enough to prove he will be worth his money and continue his incredible performances on a consistent basis. I’m sure Brisbane will be doing everything they can to retain the 22-year-old, but right now it’s not looking good at all.

If Payne decides to stick with his decision of wanting to leave as quickly as possible, then you need to release him, as you don’t want to have a player on the roster who is not committed to the club. The only problem is, if they decide to release him in the coming days or weeks, then there would be $750,000 going to waste.