Israel Folau will make his return to international rugby with Tonga three years after his Wallabies contract was terminated over a controversial social media post.

The 33-year-old outside back was named in Tonga’s squad on Friday for the Pacific Nations Cup tournament in July and a playoff for next year’s World Cup in France.

Folau, an evangelical Christian, had his Australia contract torn up in 2019 after he posted a meme on social media which said “hell” awaits homosexuals and other groups.

He then sued governing body Rugby Australia for unlawful termination seeking $A14 million in damages.

The case was settled out of court, with Rugby Australia and Folau issuing a joint statement and apology in late 2019.

Tonga will meet Pacific Nations Cup hosts Fiji, Samoa and an Australia ‘A’ team at the July 2-16 tournament.

A week later, they face the winner of the Asia Rugby Championship in a one-match playoff to decide who will join South Africa, Ireland, Scotland and a team from the Europe 2 zone in Pool B at the World Cup.

There is also a chance that Folau will play against the full Wallabies team before the RWC and coach Totai Kefu said Folau was excied by the prospect.

“I mentioned that to him (Folau) and his eyes lit up at the chance of playing the Wallabies,” Kefu told Fox Sports last month.

“Putting this team together for next year, a lot of the other players, players like Charles Piutau, I saw George Moala and Pita Ahki on Wednesday, Malakai Fekitoa, they all keep asking, is Izzy going to play? And I’ve said to them, of course, he’s bought in.”

Wright thinks Reds are written off

Liam Wright thinks a lot of people have written his Queensland Reds off and history makes it  easy to see why.

But, without a win in Christchurch since 1999, returning backrower Wright insists there is internal confidence ahead of what could be two consecutive trips to face the formidable Crusaders.

In a potential entree to next week’s second v seventh quarter-final, the sides will line up at Orangetheory Stadium on Friday with a revealing form line behind them.

Nine straight wins against the Reds support the Crusaders’ standing as a great Super Rugby powerhouse, while 18 consecutive losses away from home against New Zealand opposition indicate where the Reds’ room for improvement lies.

A 24-20 loss in the Reds’ last visit two years ago gives them hope, though.

“It’s pretty similar circumstances … all we did back then was show a bit of fight, put ourselves on the line for each other,” said Wright, who returns from a serious ankle injury via the bench.

“We want to take it to them; it’s a strong team, a lot of people have probably written us off.

Former Reds and Wallabies No.9 Will Genia talked Super Rugby and Wallabies selections with Brett McKay and Harry Jones on this week’s Roar Rugby Podcast

“We haven’t been playing the way we wanted to despite getting the win (against Moana Pasifika) last weekend.

“We need to improve again to get a bit more momentum into finals and what a challenge this week.”

Jordan Petaia will play outside centre for the first time this season, with Lawson Creighton back in the No.10 and Jock Campbell continuing his Test audition at fullback.

The Crusaders have strengthened their side with are eight changes to the starting line up, hooker Brodie McAlister and internationals George Bower, Pablo Matera, David Havili and Will Jordan all returning.

Waratahs backrower Will Harris re-signed with the team for a further year, keeping him in sky blue at least until the end of the 2023 season.

Originally hailing from Townsville, Harris attended Scots College and was part of the Australian U20’s World Cup Silver Medal-winning side in Argentina in 2019. Harris graduated from the Waratahs Academy to make his professional debut in Super Rugby AU in 2020 against the Queensland Reds. 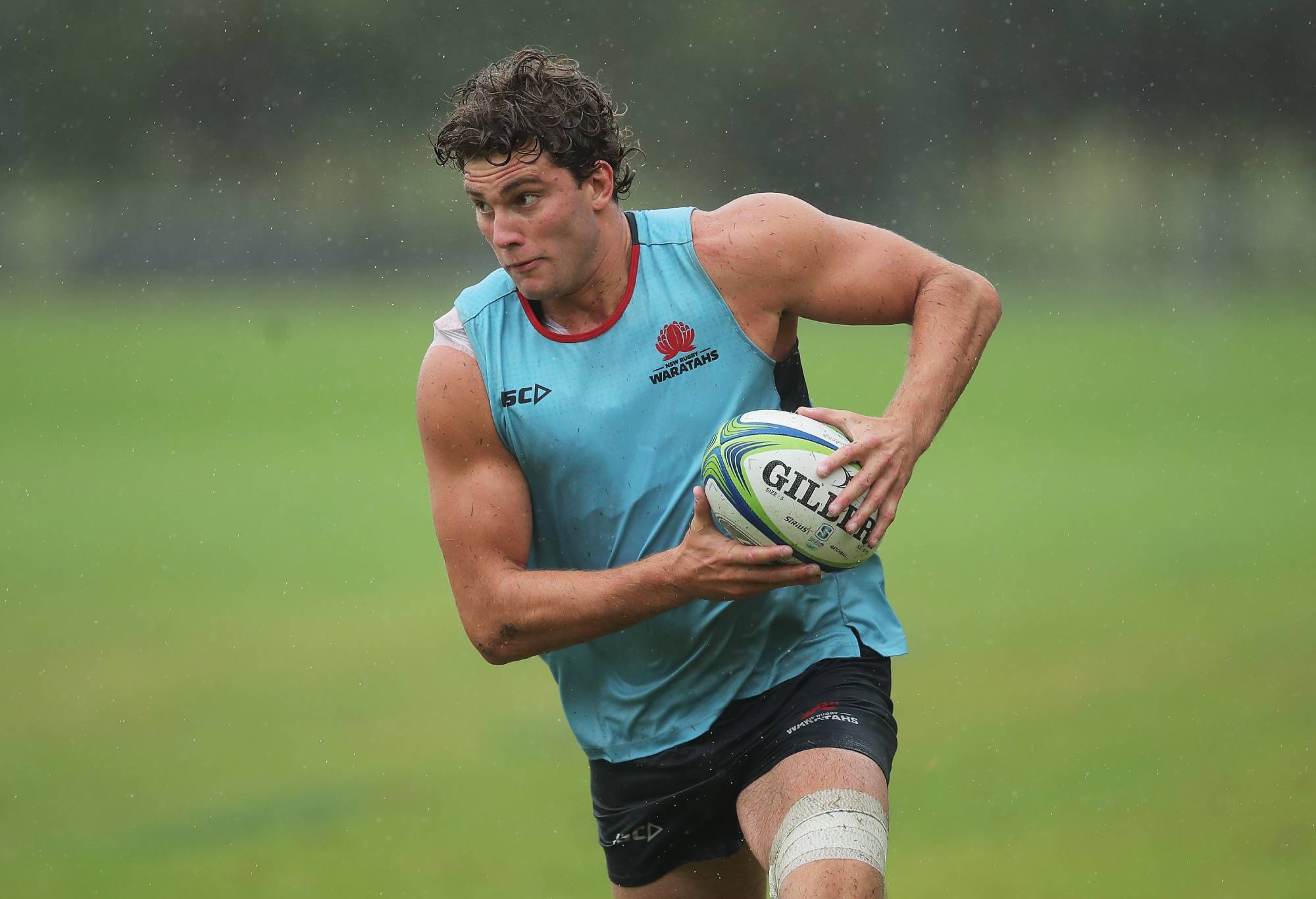 The athletic backrower is currently enjoying a breakout season for the Waratahs in 2022, starting every match of the season bar one, and is currently the team’s leading try-scorer with five tries.

Harris was excited to continue to play a part in the team’s resurgence in Super Rugby.

“It was a pretty easy decision for me in the end, as I really like where the direction of the club is going. I love all the people at the club, we’re a tight-knit group and I’m really enjoying the style of footy we’re playing this year,” Harris said in a club statement.

“I feel like I’ve made some good improvements in my game with the help of the coaches and the senior players around me, and believe the Waratahs is the best place for me to develop as a player.

“It’s a really exciting time to be part of the Waratahs, we’ve got a world-class headquarters almost complete, a world-class stadium to play out of next season and hopefully we’re on our way to becoming a world-class team.”

Waratahs head coach Darren Coleman said “We’re delighted that Will has re-signed with the team. He’s had a breakout year with his consistent performances and ability to find his way across the try line.

“Will is a great talent and we’re excited to play a role in his progression and his development to help him take his game to the next level and eventually higher honours with the Wallabies.

“Also, as an organisation it’s always pleasing to be able to retain quality local players like Will who have come through our pathways and academy.”

‘I won’t sing this song again’

England rugby star Maro Itoje has revealed that he will no longer sing Swing Low, Sweet Chariot because of the song’s origins in American slavery.

The anthem has been performed by fans at England matches since 1987 but in 2020 it was the subject of a review by the Rugby Football Union in the wake of the Black Lives Matter movement.

While choosing not to ban a song that has been credited to 19th century freedman Wallace Willis, the RFU produced a video explaining its historical context and withdrew its use from marketing and merchandising. 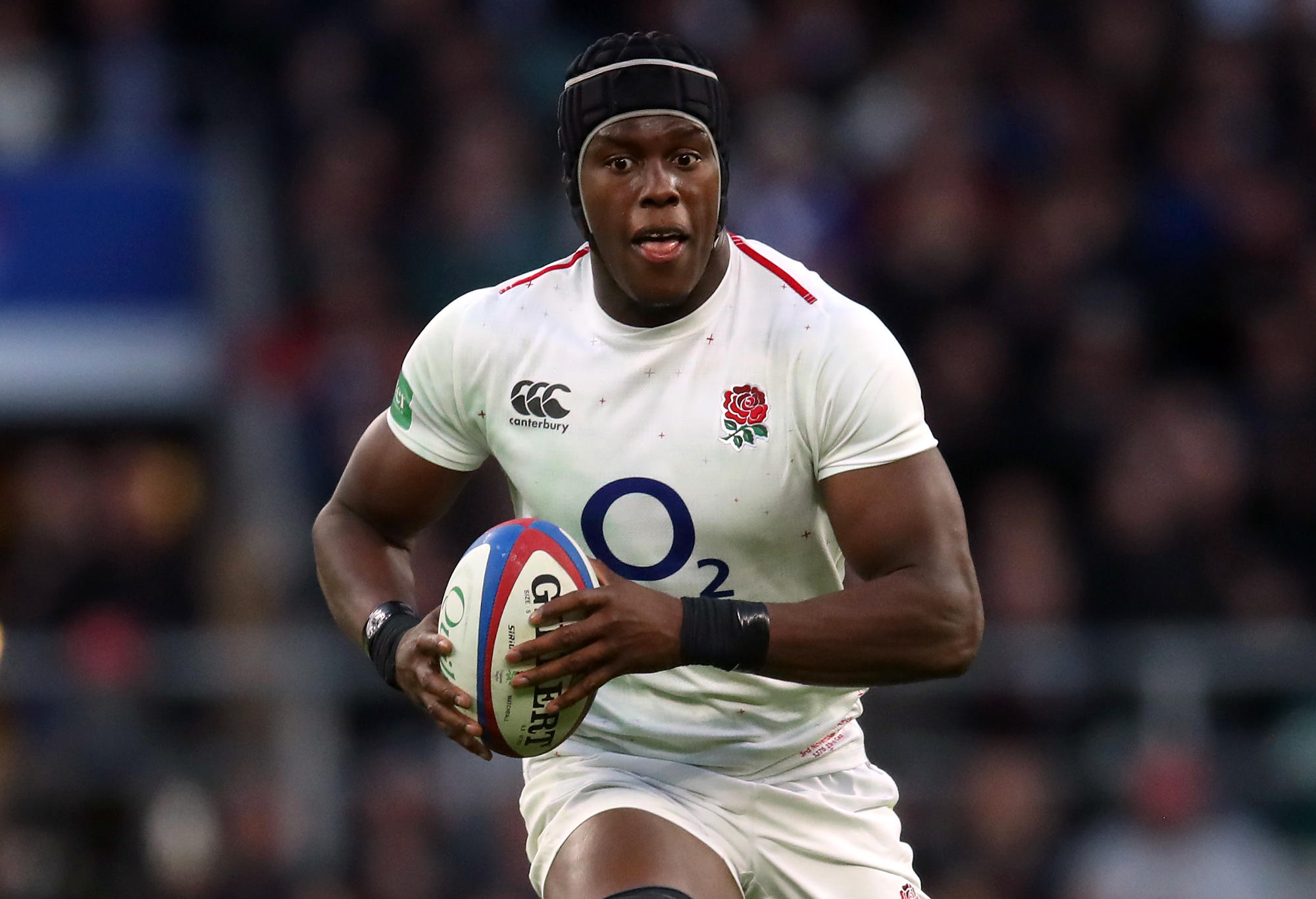 Itoje has previously said that Swing Low made him feel “uncomfortable”, adding that its background is “complicated”, but the England second-row of Nigerian heritage has now chosen to take an individual stand.

“I’m not going to tell people what they should or shouldn’t do but, personally, I won’t sing this song again,” Itoje told L’Equipe.

“I sang it before when I was naive and didn’t know its origins but, now knowing the context in the creation of Swing Low, Sweet Chariot, it’s not an anthem that I’m going to repeat any more.”

Eddie Jones’ plan to use Coogee Oval in the lead up to the third Test on July 16 could be in peril because of Sydney’s big wet.

The Sydney Morning Herald reports that Jones’ assistant – former Souths and Broncos coach Anthony Seibold – will meet next week with Rugby Australia and Randwick officials to try lock in a training venue.

“As seen with trigger-happy councils all over Sydney this year, Randwick council’s rain gauge will have the final say of whether Eddie gets his Coogee Oval wish,” The Herald reports.

“Sydney’s big wet has seen the Galloping Greens forced off Coogee Oval a number of times this season, with just nine of 24 scheduled games taking place. Touring Super Rugby teams haven’t been able to train on the seaside oval this year either.”

Richard “Red” Conway, a famously tough All Blacks backrower who ordered doctors to amputate a finger to ensure he didn’t miss a tour to South Africa, has died. He was 87.

Conway’s death was confirmed Friday by his family who said he “passed away peacefully” but did not specify a cause.

Known as Red for his bright ginger hair, Conway played 10 Tests and 15 matches for the All Blacks between 1959 and 1965.

He also was a catcher in softball and it was in that role he first sprained, then broke the third finger of his right hand.

When the finger was set it had a kink and doctors warned Conway it would likely break again while playing rugby.

Between the All Black trial and the naming of the team to tour South Africa, Conway told doctors to amputate the finger.

They did and he was selected for the tour on which he played two Tests and 15 matches.

Former New Zealand rugby broadcaster Keith Quinn said Conway was one of the toughest All Blacks of all-time.